No Bells, No Whistles: When Design and Content Marry Perfectly 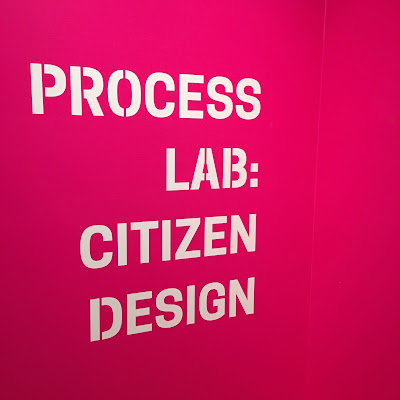 Perhaps it's it's not surprising that a design museum would have good design.  It was lovely to visit the Cooper-Hewitt Museum a few weeks ago and discover an interactive exhibit that relied only on great design along with pencils and paper (plus stickers) to create a compelling visitor experience.  Yes, I got to try out their pen--but honestly, I enjoyed this more.

The goal of the exhibit was to engage visitors in thinking about how our creative efforts in design can help solve problems.  Incredibly clear, the exhibit began with a start here and then an overview of the process of visiting the exhibit. 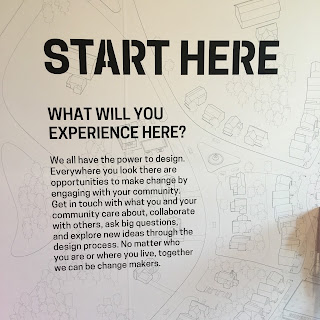 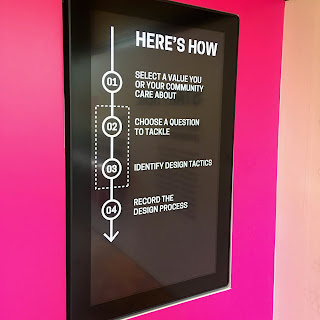 Then it led you step-by-step through the design process, beginning with finding a value (interesting, right?  museums don't often talk about values as drivers of behavior). 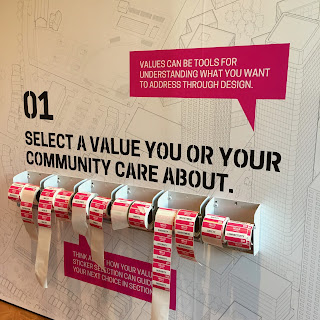 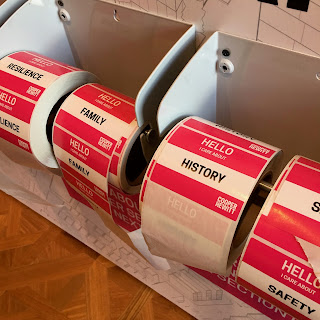 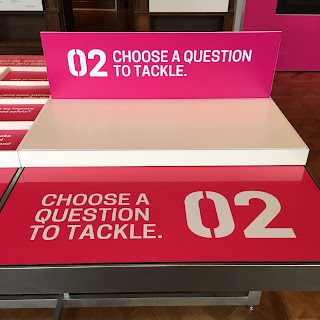 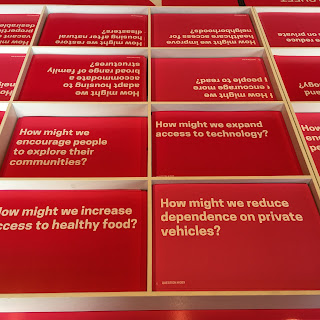 You're asked to reflect on both question and value. 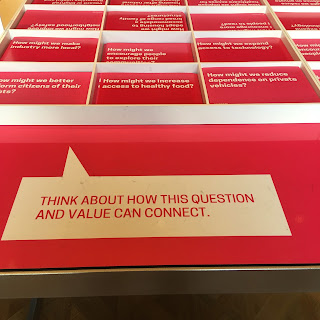 So far, it's been the incubation step in the creative process. We learn what the process  is, and we begin to gather information.  But the process still needs more information.  Because visitors might not be designers, we're given a hand, with a group of design tactics.  Will you use a stage, social media, a public bath or a police station to, say, increase access to healthy food? 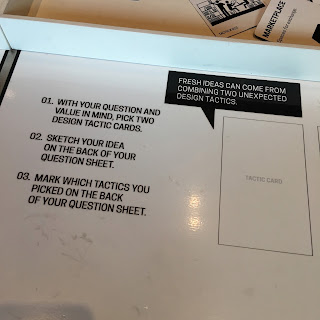 We're reminded that creative combining is a great way to find solutions.  That's why we're asked to pick two cards.  We've designed our solutions--but that's not the end.  We see real-live designers sharing their projects and we see other visitors sharing their solutions. A physician reminds us that "less is more" is often true in medicine as it is in architecture. 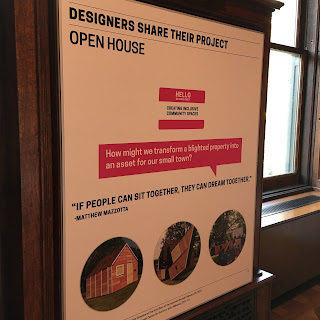 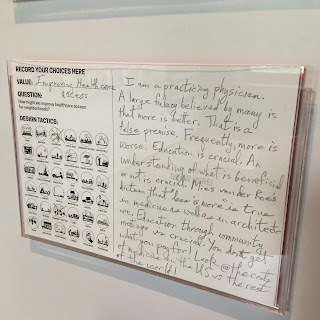 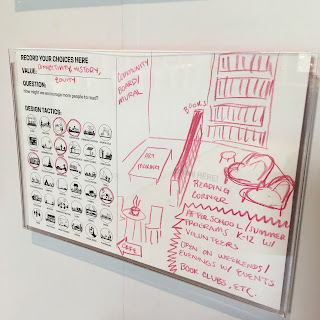 Finally, you get to place your project where you think, physically, where it belongs.  Does it work in a parking lot?  on a roof?  in a warehouse?  Helping to remind us that the city itself is a living laboratory for all kinds of creative experiments (as a rural dweller myself, it's the same thing with different vocabulary).

And although it seemed a bit of an afterthought, I loved this cartoon about successful and unsuccessful community design processes, a reminder that community engagement makes all things better. 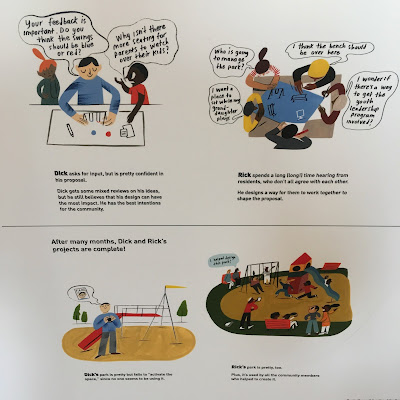 Thanks Cooper Hewitt for providing us all with the reminder that pens and pencils combined with ideas are a place where creativity lives.  When it comes time to develop your next exhibit, consider all the alternatives.

PS  I did use the pen, but did not look up my saved works when I arrived home.
Posted by Linda Norris at 10:11 AM 1 comment: 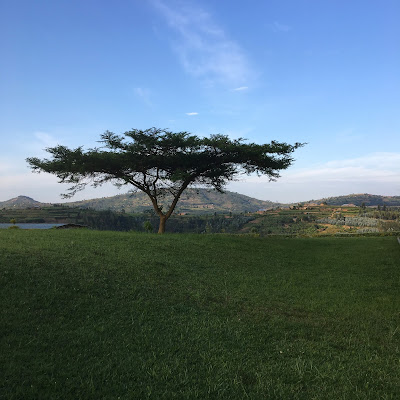 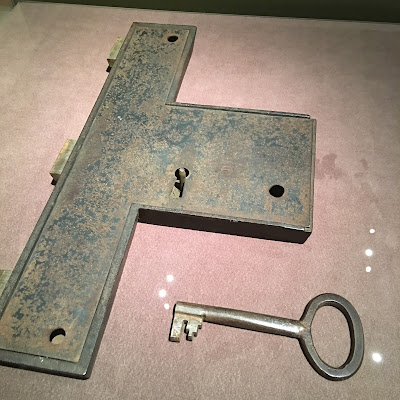 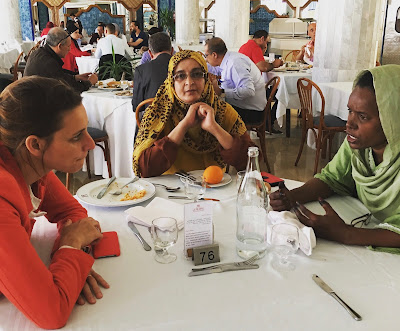 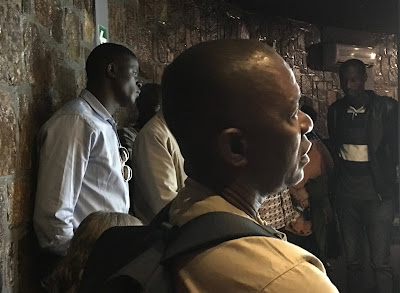 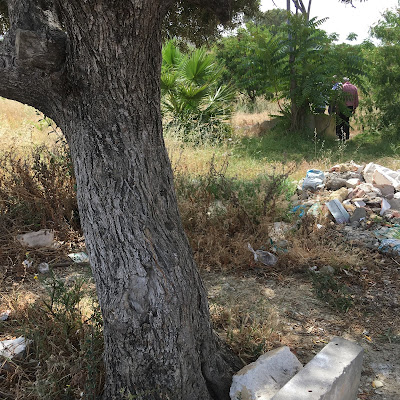 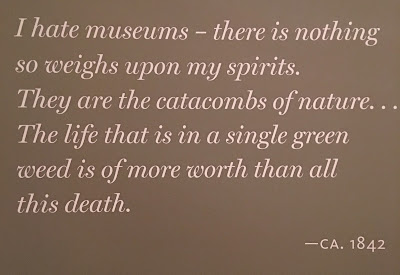