Leave Your Desk Behind: Thoughts on Outdoor Exhibits

I've been in several conversations about outreach lately, a word that seems perhaps a bit outdated--sort of colonialistic, I think.   But the idea of getting outside your museum doors to reach visitors is never outdated--and a project I worked on in Kyiv this past month reminded me that sometimes connecting with visitors doesn't necessarily require the bells and whistles of mobile apps,  hugely expensive permanent signage or the like.

I collaborated on the outdoor exhibit of Borderlands,  a project of fellow Fulbrighter Olga Trusova.  The exhibit, supported by the U.S. Embassy in Ukraine,  was mounted in Shevchenko Park, a beautiful park in the center of the city.   Borderlands is a comic book that tells 7 stories of human trafficking--you can read more here.   The use of the comic book format (drawn by Dan Archer) is an unusual way to tell compelling, important human stories, and equally unusual to then convert it to an exhibit.

So on a cold, misty morning in early April,  we installed the exhibit frameworks--and then, amazing things began to happen.  People walk by;  they're busy;  but something in the exhibit catches their eye.  Someone stops, reads a panel, walks around the corner of the framework, reads the next panel,  then goes to the next.   Another couple read, and turn and talk to each other,  pointing at a panel.  Those passersby are an audience who might never visit a museum,  might never think about human trafficking.  By choosing a public location (as we did for an earlier project, about Chernobyl in 2009) we help ensure that we reach, not just those dedicated free-choice learners,  but a cross-section of the community that uses this park.   (and, by the way,  I highly recommend Understanding Comics by Scott McCloud as a great way to expand thinking about exhibits and what we do).   I'm enough of a museum nerd that I find it incredibly exciting to watch people stop and read and think about what we do.

Over the last two years, with the support of the Institute for Museum and Library Services, I've worked with the Montgomery County Historical Society in Rockville, MD on a project that also got history out into the community.  Montgomery Connections uses banners,  bus stop ads,  and a website to engage, in three different languages,  non-yet museum visitors in the history of the county.  Using the tag line,  Did You Ever Wonder?  the print materials introduced visitors to authentic characters from county history and invited them to call a phone number to learn a bit more.  In our formative evaluation, we learned some surprising things about what interested who.

But a voice message (after listening to the audio, callers were invited to leave a comment) reinforced for me how important it is that we get out of our offices, out of our museums, and out into the community.   After listening to an audio about the first Chinese immigrant to the county in the early 20th century,  a Spanish-speaking listener commented (this is a rough paraphrase) "I am here in this country alone--and listening to this has given me hope for my future."

What's the Story? A Straight Line?

While in Kyiv, I decided to try an experiment.  My Ukrainian language skills are still very weak and I wanted to see what I could learn about history by just looking at objects in a museum exhibition.  After all, we all know that many museum visitors don't bother to read labels.  With English labels,  I automatically read them,  but with labels written in Cyrillic,  it's a different story.  So I went off to the National History Museum,  just down the block from my apartment,  to see what I could learn.  Like many museum visitors, I had a broad outline of Ukraine's history already,  but certainly not many details.  What did I discover?

First there were people who used stone tools and wore beaded necklaces.  But a map told me where those people might be located.

Then settlements began, in huts, where people hunted animals--but then we got to a settlement that's kind of recognizable--the second photo below is a big diorama of the early settlement of Kyiv.

Then there were wars.

And then, looming on the horizon,  independence.

As I went through the museum, I was struck by how similar a narrative this is to the permanent exhibitions in many history museums anywhere.   I think some museums are still drawn to a straight line narrative of history like this.  Interestingly,  Ukrainian museums almost never use the center of their gallery spaces and the cases you see in some of the photos here are often the same dimensions, so history gets reduced a bit to case-sized bits so the straight line has even a greater emphasis.  Plows, Victorian furniture, military service:  I could be anywhere!   And of course,  without me being able to read labels,  the narrative was reduced to its simplest terms.

The photo at the top of the post,  a bas-relief as you enter the museum,  reminded me of a long-ago comment to a museum colleague.  In teaching fourth graders about primary sources she asked them how they would find out about what something in the past was like.  "I'd go to the historical society,"  said one.  "How would they find it out?"  she asked.  The student's reply, "They look it up in a big book in the back."  To me, this exhibit represents the big book approach to museum-story telling with a straight line narrative that brooks few doubts or questions.

But then I saw an exhibit there that I thought of as not a big book,  but a beautiful little short story.  There was a temporary exhibit on Serge Lifar, one of the great male ballet dancers of the 20th century.  I hadn't known anything about him,  but this small exhibition just had so much life to it in ways that were hard to explain.  Dancing shoes,  tiny models of ballet sets,  wings,  drawings of connections--he felt alive in the room.

So if you work in a history museum or a historic site, try going through your gallery or site without reading labels or a guided tour.  Imagine that you know only what the objects tell you.  Is it a straight line narrative?  or do the objects themselves and the exhibition design allow visitors to consider the twists and turns of history?

Marketing is Not a Dirty Word 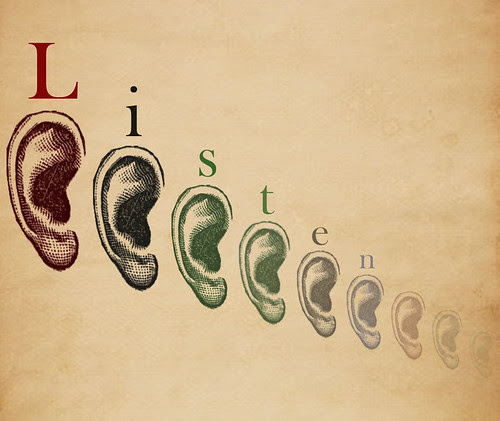 In a post last month about creating change,  I wrote that marketing was not the answer.  And marketing has continued in my thoughts.  Jasper Visser commented in response to that post,   "Marketing might be the first step, but then marketing in the sense of building tribes, keeping promises, not in the sense of more flyers and noise (which is not really marketing)."

And at another workshop here in Kyiv,  Vlad Pioro,  director of the Ukrainian Center for Museum Development commented, "Marketing is not a dirty word,"  as he introduced the Ukrainian version of Museum Strategy and Marketing : Designing Missions, Building Audiences, Generating Revenue and Resources by Neil, Philip and Wendy Kotler.   Marketing is particularly problematic in a post-Soviet society:  even the words consumers, marketing, branding,  all smack of capitalism (though of course the Soviets did a pretty good job at staying on message, in the broadest sense).   And although there's plenty of advertising everywhere here,  old habits die hard.

Vlad's comment came on the heels of my presentation about voluntary museum standards in which I referenced both AAM's Standards of Excellence and AASLH's StEPs program and asked my museum colleagues here to consider whether such standards would be useful for Ukrainian museums.    Among the questions and comments that ensured in an open discussion.
So how do standards and marketing connect?  Exactly in the way that Jasper reminded me--that we need to build tribes of people (and that includes the ongoing work of building professional organizations here in Ukraine) and that we need to be responsible to our audiences.  If we're opposed to marketing, we need to think about why,  to consider what that says about the values of our organizations.  If we're marketing in terms of "flyers and noise,"  we need to think about how to change that,  how to become more responsible,  not more showy.

It may be "the government" who is responsible for museums here in Ukraine, but in fact,  the museums, their collections, and their activities belong to the Ukrainian people,  who, as in any country or culture, have a right to access, information, and even sometimes, a little fun when they visit!

Images
Top by Ky_Olsen on Flickr
Bottom by Pawel Loj on Flickr
Posted by Linda at 4:05 AM No comments: