Innovation, Around the World Edition 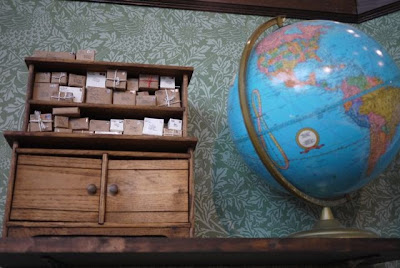 This year, at the American Alliance of Museums conference, I heard a couple incredible presentations from international colleagues and followed up with a conversation with Dean Phelus and Greg Stevens of AAM about the ways in which all of us can learn from each other, by expanding the global perspectives presented at the meeting.  So here, international colleagues, is your chance to share your perspectives, your stories, your challenges and your innovations.  The online session proposal form for next year's conference, to be held in Seattle, Washington, is now open through August 26.  In this online format you can post ideas and look for feedback and co-presenters.

Innovation is a defining quality of our time. Creating the new, reimagining the old, adapting the present to changing needs have become the goals of the best and the brightest among us. To go from the seed of an idea to universally adopted reality seems to take mere weeks—reading books on our phones, wearing a computer, printing three-dimensional objects in our own homes.

Innovation takes many different forms--and it's definitely not just about Googleglasses and 3-d printers.   It can be creative ways to engage your visitors in real time and in person,  or innovative ways to reach out to donors;  or create new understandings of complicated histories.

At the 2013 meeting,  I did a brief fill-in presentation about my Ukrainian experiences just after Silvia Alderoqui of the Museum of the Schools in Buenos Aires, Argentina spoke about her museum's work.  I didn't necessarily expect to find echoes of my work in an Argentinian museum, but I did as she described a current challenge, the need "to be critical, participatory and poetic at the same time."   International participation at AAM  is important not just because it provides international participants with access to a big group of enthusiastic professionals, but more importantly, to me, because it provides Americans with new access to ideas, perspectives and ways of thinking.

International colleagues, I hope you'll consider submitting a proposal to share your innovative ideas in any area of museum operations.  If you'd like advice or guidance, please feel free to ask questions here, or to contact Dean Phelus, Senior Director, International Programs and Events at AAM,  dphelus@aam-us.org.

The Diversity Conundrum: Which Came First—The Teacher or the Learner?