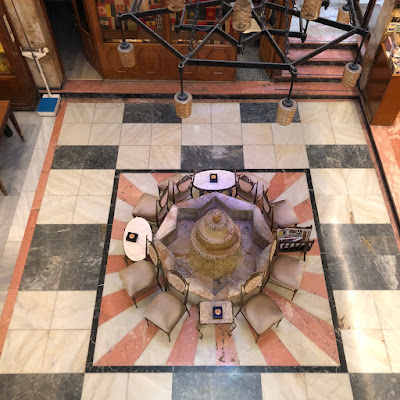 Last week, two colleagues and I had quite the unexpected experience at--not a museum, but certainly a historic site--that gave us lots of conversation about interpretation, expectations, surprise, and how you feel when you're confused at a site.

Where was I?  I was in Istanbul to do a presentation at the quite amazing Hrant Dink Foundation with Amina  Krvavac of the War Childhood Museum in Sarajevo, Bosnia and Herzegovina and Katia Chornik of Cantos Cautivos (by the way, check out all their inspiring, important work).

We had some free time before our presentation, so we decided to visit a hammam--a traditional Turkish bath--something that none of us had ever done.  Our gracious host Nayat Karakose from Hrant Dink sent us here:  Galatasaray Hamam.  We enter, ponder the different fees (ever do that upon entering a museum--I bet you did!).  Finally we decide on a set of services, and just out of curiosity, ask when it opened. "1481" the guy at the front desk tells us. We remove our shoes and discover that no one really speaks much English, but we'll just figure it out, we think.  First, a change of shoes into those disposable slippers.

Upstairs we head, ushered by one of the women workers, into individual small rooms with a Turkish towel on a small bed.  We figure out we're supposed to change into the towels, and undress and do so, emerging, giggling, for inspection by the woman worker.  Evidently not all of our towels are on perfectly, so quick rearranging by her, at which point, mostly naked, we think, "okay, now what?

From there, into a huge domed room to lay down on a large, heated, marble sort-of podium until we are really, really hot...and then are ushered into the massage room for soapy massage, cold water splash and more.  More general confusion and laughter all the way around (probably us and the workers both) until we emerged, thoroughly buffed and massaged, swaddled in towels, fully relaxed, to have our glasses of tea by the fountain.

But what did I think about this terms of interpretation and museums?  In a way, it was great to be surprised as we went along and that was made so much better by being with friends so we could look at each other with puzzled looks and laugh.  It would have been very strange as a solo experience. But equally, a bit of explanation have been useful (interestingly, I found an explanation of the experience on their website just as I was writing this.)

But...and it's the caveat that museums and historic sites should be pondering.  Despite the barriers of language, the people working there were very kind.  And, to be clear, we came with the privilege of being tourists in a city that sees not as many tourists these days.

Is your museum kind to everyone? Do you know that your museum treats everyone who comes in the door with the same sense of welcome?  I once watched the front desk manager (!) at a museum make a young couple spit their gum into a Kleenex she thrust forward as she lectured them about no gum in a museum.  I bet those visitors were really reluctant to return, as they were treated as misbehaving schoolkids.  You want to treat all your visitors with the same sense of hospitality--not just the ones with whatever privilege you value (explicitly or implicitly). Don't tell me that you know how people are treated at your museum unless you are regularly spending time at the front desk and in the galleries.


If you've had an experience not in a museum that made you think about the value of interpretation--please share away! 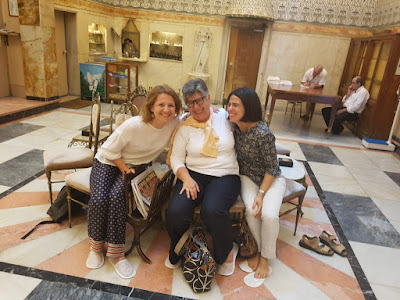 Posted by Linda Norris at 7:35 PM No comments: 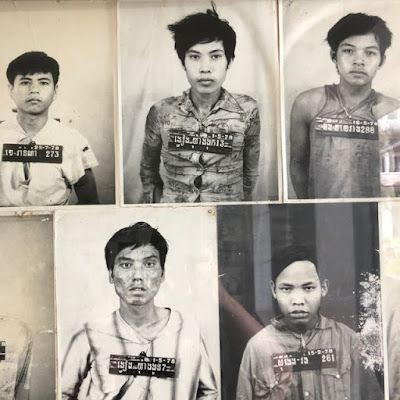 A few weeks ago, I had the opportunity to visit the Tuol Sleng Genocide Museum in Phnom Penh, Cambodia.  It's a former high school that was used as a security prison (S-21) by the Khmer Rouge regime during its murderous rule from 1975-79.  Not surprisingly, it's a tough place to visit:  rooms where torture happened, the photographs of victims (and torturers who often then became victims themselves), and the reminder that only 7 people of the roughly 17,000 imprisoned there survived.

It's an incredibly important story and as with all Sites of Conscience, one all of us need to listen to.  However, I was particularly struck by the gentle care that the museum took to provide space, both mentally and physically, to allow visitors to process these events, which feel like a kind of horrible madness.  The excellent audio tour includes both narrative and historical testimony, including from the trial of the prison chief Duch (who, lest you think this is the distant past, was only convicted in 2010 by the Extraordinary Chambers in the Courts of Cambodia for crimes against humanity and grave breaches of the 1949 Geneva Conventions and sentenced to life imprisonment). 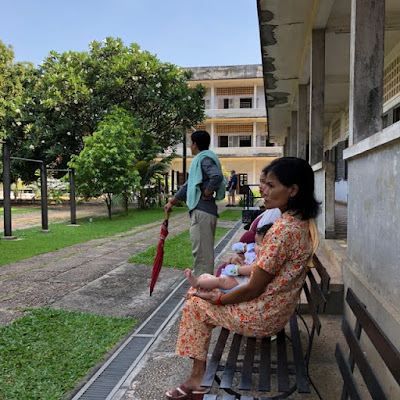 Until just a few years ago, the center courtyard was just a paved space.  But now it's green and lovely. Each time you leave a building you have a chance to take a deep breath, sit and reflect.  The tour gives you a heads-up before you come to stops that may be really difficult to hear.  The effective narrative reminds you that it is always humans--committing the genocide, resisting the genocide, and providing the testimony.   Every day there is a dialogue forum with a survivor of the Pol Pot regime and the White Lotus Room provides visitors a chance to meditate in a cool, quiet room and listen to Khmer traditional music.  The audio tour also provides traditional music that you can dip into and out of. 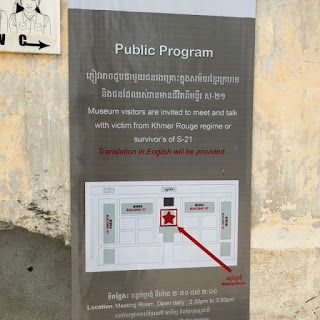 Upcoming on May 20 is the annual Remembrance Day, in memory of the spirits of the victims and when, according to the museum website, "Food and other offerings are made to the monks and as charitable acts to the poor."

The message of the site itself is the most important--as Tuol Sleng's director, Chhay Visoth notes:

My goal is for visitors to understand what happened here so that it never happens again—innocent people, including children, being imprisoned, tortured and killed. I want them to learn about the cruelty of this regime and remember the victims who died here, who were forced to make confessions for things they didn’t do and then put to death without mercy. 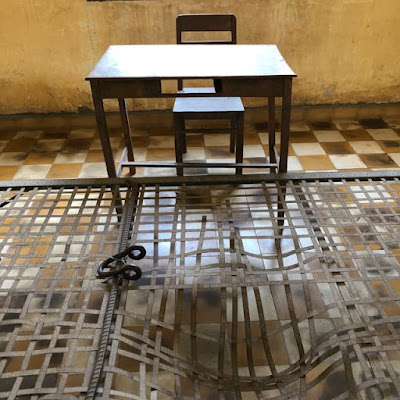 But it's constructive for other museum workers to note that the same compassion for victims extends, in a very different way, to a kind of compassion for visitors--and that this compassion is done with such simple tools:  green spaces, cool rooms to rest, music--that have such power, power that helps ensure that visitors will always remember the experience and some of the faces and stories of the victims. It's worth noting that this care, this compassion for visitors comes from victims, as virtually every Cambodian of a certain age was affected, one way or another by the Khmer Rouge's actions. With that remembrance and that care, we can, as we daily remind ourselves at the Coalition of Sites of Conscience, "turn memory into action." 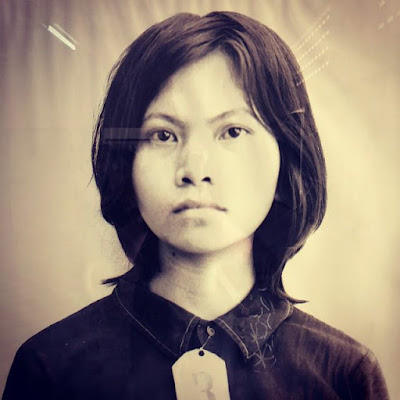