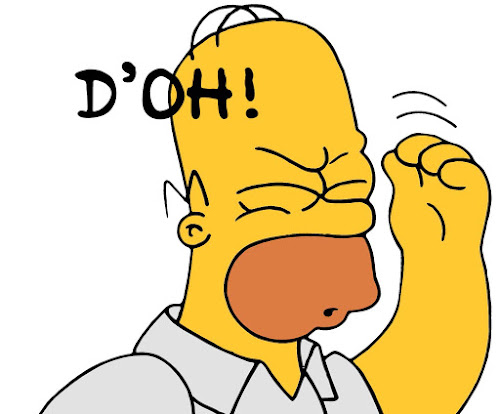 My time at AAM is brief this year, but I hope you'll consider checking out the two Saturday sessions I'm participating in, First up, I get to share my big mistake in Sean Kelly's deservedly famous session, Mistakes were Made session, along with Sean and George Neptune. There's a big, beautiful (more-or-less) trophy up for grabs for your best failure story. We've all got something to learn from our mistakes.

And then in the afternoon, Fabiana Chiu-Rinaldi. Dwan Reece and I will be sharing our career paths and how power, responsibility and community intersect in our work. We've had very different paths, and are looking forward to the chance to reflect with participants.

And of course, if you see me in hallway, bleary-eyed from hay fever and travel, absolutely say hello!

Posted with Blogsy
Posted by Linda Norris at 8:00 AM No comments:

Email ThisBlogThis!Share to TwitterShare to FacebookShare to Pinterest
Labels: AAM 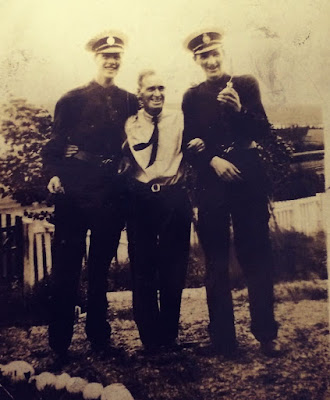 I'm working on an exhibition for the Royal Newfoundland Constabulary Historical Society, in St. John's, NL.  I've been digging deep into their archives to learn more about the two hundred year history of the force, but a few weeks ago, I found some materials that I thought held some important lessons for museums.

I found a file containing a series of reports from 1948 from outport communities all over Newfoundland.  This was a critical time for what is now a province, because the vote about whether or not to become a part of Canada was drawing near.  It seems not far away, but as you'll see, it was still a time when those communities were often cut off by weather and bad roads.   These monthly reports were generally titled, "Economical and Social Life of the District,"  and were written by the local constable to be submitted to the chief constable in St. John's.

In Corner Brook, in January, "the economical condition is quite good, and people in the main are employed gainfully and there is no report of able-bodied relief.  However, the herring fishery during the month is not nearly as good in previous years..."   and in February, the health of that community was "good during the month and there was no serious illness; there was however, a series of colds with no ill effects."

From Gander in February, "The Social aspect of the community remains more or less unchanged. However there has been some activity in connection with the various churches and the British Red Cross...the Gander Public Library is also filling an important position in the life of the community and is also increasing its services to the public..."

February was a quiet month in Ferryland, "There were no dances or parties of any kind held during the month" and the economy was bad, "Quite a number of men from Ferryland, Calvert and Cape Broyle are applying for relief."   In Trepassey, the weather was so bad that "the roof blew off Leonard Hachette's house and was beaten into matchwood."  As the bad weather continued there, "the men are complaining very much of having no food for their cattle.  There is no hay or oats anywhere in my territory as there is no boats running from here to town they cannot get food."

Spring finally comes that year, and the constable in Clark's Beach reports in April, "There have been no seals taken this month.  The people are all getting their fencing done for planting their vegetables...a card party and supper was held in the C.E. school at Salmon Cove and it was well-patronized by all."

Every month, the constables also took the political temperature of their towns around the issue of confederation or not, even though, said one,  "it's difficult to say."

What do I think museums can learn from these reports?

I can't tell you the number of times I've heard museum staff, board and volunteers say, "but no one comes, no one is interested."  That's because, I believe, you're not interested in them.  What would happen if you regularly spent time at a board or staff meeting talking about the social or economical conditions of your community?  Could you then learn about concerns--and equally importantly, learn about the parts of your community that you, as an organization don't connect with in any way?

I'm also struck by the empathy shown in these reports.  There's a real understanding of how and why relief is needed, of what benefits a community, and of the challenges and successes of community life.  That comes from attentiveness to the places we live--and all the people who live there too.  Our work can and should be a reciprocal process--that's how we can become essential parts of community life. 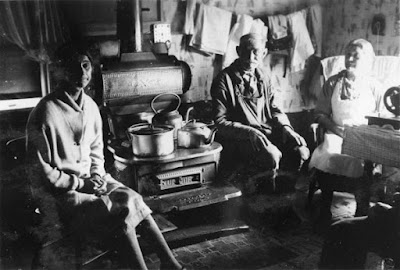 Objects and All: The 21st Century Museum 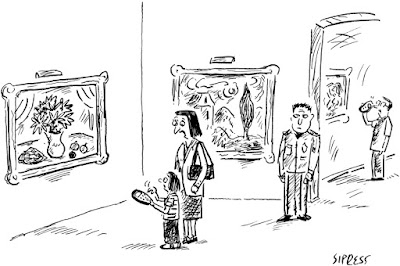 “It’s an audio guide, sweetheart, not a remote.”


This week's guest post is by one of this year's mentees. Amanda Guzmán is completing her Ph.D in Anthropology at the University of California, Berkeley. She's been a graduate fellow at the National Museum of the American Indian at the Smithsonian.  She's studied and worked around the world, with a MA degree from the University of Leiden and fieldwork in places ranging from Massachusetts to Peru.  As you can tell from this piece, she and I have had wide-ranging conversations about the future of museums and of objects in museums.  Share your thoughts below in the comments!


The best thing, though, in that museum was that everything always stayed right where it was. Nobody'd move. You could go there a hundred thousand times, and that Eskimo would still be just finished catching those two fish, the birds would still be on their way south, the deers would still be drinking out of that water hole […]. Nobody'd be different. The only thing that would be different would be you. Not that you'd be so much older or anything. It wouldn't be that exactly. You'd just be different, that's all. You'd have an overcoat on this time. Or that kid that was your partner in line last time had got scarlet fever and you'd have a new partner. Or you'd have a substitute taking the class, instead of Miss Aigletinger. Or you'd heard your mother and father having a terrific fight in the bathroom. Or you'd just passed by one of those puddles in the street with gasoline rainbows in them. I mean you'd be different in some way – I can't explain what I mean. And even if I could, I'm not sure I'd feel like it.

When I first read this passage in high school, my native New Yorker sensibilities were struck by the detailed descriptions which nearly perfectly mapped onto my countless school trips throughout the dioramas environments of unmoving, staged human and animal bodies positioned in realistically textured and finely painted backdrops at the American Museum of Natural History. As I have lived away from New York City for nearly a decade to pursue undergraduate and graduate education, I must confess to sharing Holden’s fond observation of reconciling the consistency of certain museum spaces with one’s ever-shifting bodily orientations.

And yet, nostalgia aside, museums have done a fair degree of their own shifting in respects to visitor engagement and I have thinking a lot recently about the how museums have and will continue to define their roles in the 21st century. Particularly given my training as an anthropological archaeologist, I gravitate towards thinking about and with things.

Indeed, the historical trajectories of the discipline of anthropology and the emergence of museums are intertwined. Throughout the history of museum institutions in their various private and public forms (video), objects have stood as the focal point of the visitor experience, as the tangible source of engagement with the ‘cultural’ and ‘natural’ diversity of the world.

Museums’ handling of objects though increasingly extends beyond the interpretation and display of existing historical collections through exhibitions in institutional spaces.

Museums are not only available to be traversed online through street views of its galleries but the world’s history is being depicted through chronological, thematic intersections of digital nodes that index specific museum objects.

In the age of Google, objects in collections around the world are being compiled and arranged into thematic galleries. With a few drags and clicks, you can create your own galleries. How can we understand this type of online visual-oriented experience with objects? Does it privilege certain kinds of material collections over others? What does it mean to have the ability to construct your own galleries and to disseminate them among your social networks?


3-D computer modeling has allowed for online mediated experiences with the ability of not just reading about the cultural contexts of objects but also of defining your interaction (e.g. moving and editing the object with the flick of a cursor) in a manner not typically permitted in traditional museum spaces. What does the addition of this digital engagement add to and/or take away from an individual’s understanding of and practical experience with objects (in contrast to say, drawing or photography)? Beyond material composition, what is the difference between a 3-D model and a reconstruction? Moreover, 3-D technology introduces complex questions of authorship and ownership. Who has or should have the capacity to construct 3D prints of museum objects (and who decides this)? Should all objects, regardless of origin, be available to be subject to such treatment?

At this point, I have more questions and answers to the issue of what role do objects play in the 21st century museum and its growing employment of the digital. I do think however a crucial element of any answer is a continued call for a genuine consideration of the museum’s application to the interests and needs of its public(s) and larger events in the contemporary world.

So, contrary to Holden’s assertion, we as visitors change alongside museums. Time will tell what that change will look like. 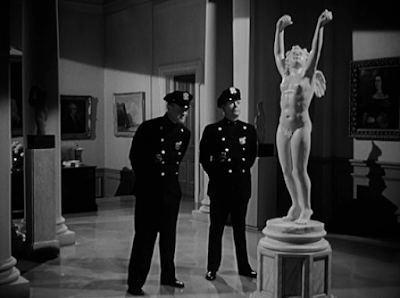 Bradford Galt: “I'll be at the Cathcart galleries absorbing culture. I don't want to die ignorant.”
Policemen in galleries: “That is ‘aht.”
The Dark Corner (1946)
Posted by Linda Norris at 4:10 PM 2 comments: