A Newfoundland Tale: Social Media Made Me Do It 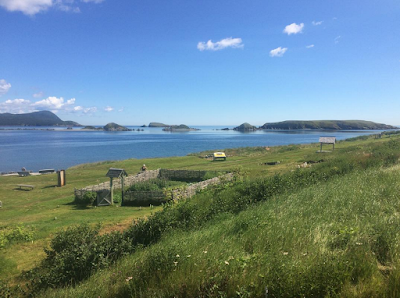 I know there are lots of people in the history museum field who are really interested in physically trying out elements of the past--what people wore, how they lived, what they made, but that's never been precisely my thing.  But this past weekend I tried versions of 17th and 18th century recipes in my own kitchen and I thought I'd share what made me do it, and what I learned.

The Colony of Avalon, perched on the eastern edge of Newfoundland, Canada, was established in 1621 by Sir George Calvert (the First Lord Baltimore) and is one of the best preserved early English colonial sites in North America.  It happens to have, as you can see at the head of the post, a spectacular location. I visited a few years ago, a friend is on their board of directors, and the museum was a participant in last fall's International Experiments in Community Engagement course I taught for JHU Museum Studies, working with my graduate students. All of those things made me pay more attention to it:  I followed their Facebook page and began to see them regularly in my Instagram feed. 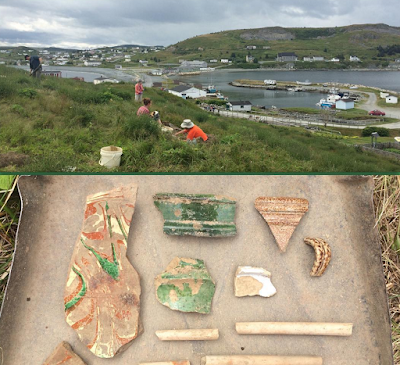 This is the second summer of their experiment--the Colonial Cookoff.  Each week, from their reproduction period kitchen, they post a recipe and invite you to try it.  They share their results on social media and invite you to do the same, with the chance to win a weekly prize.  I entered the Twice and Thrice Challenge this week, making apple fritters and ginetoes and sharing my results on their Facebook page.  Apple fritters, pretty easy;  ginetoes, strange, bagel-like lumps with basil, mostly a failure. My ginotoes, top picture; experienced colonial cook ginetoes, bottom picture. 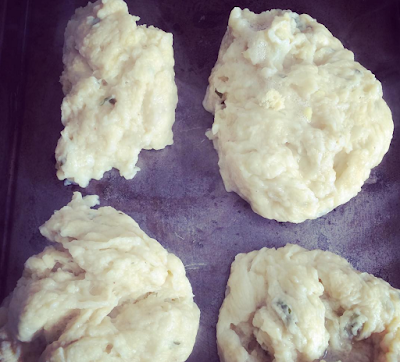 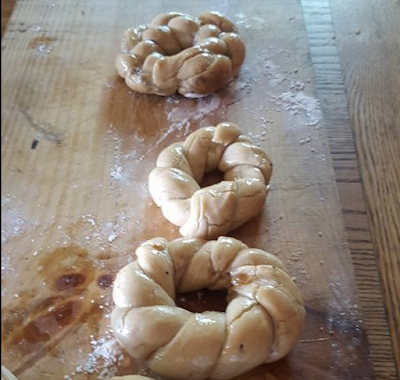 What made me do it? 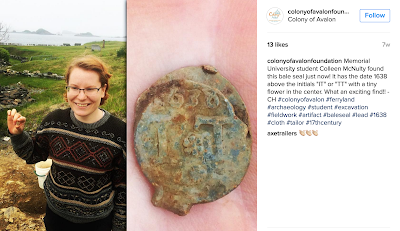 And what are the takeaways, particularly for small museums?  I think three primary ones.  Make it fun; make it now, not then; and keep at it!  Instagram and Facebook posts that come weeks (or months apart) and only feature boring photos of people sitting at an event, or only inviting you to an event, will never hack it.  You'll never get me to spend a Friday night making ginetoes that way! 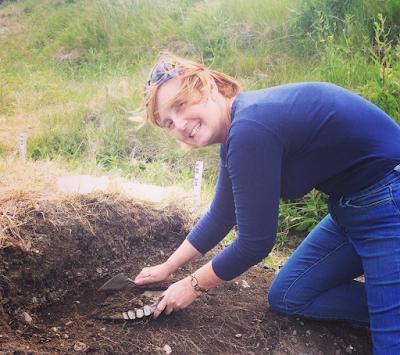 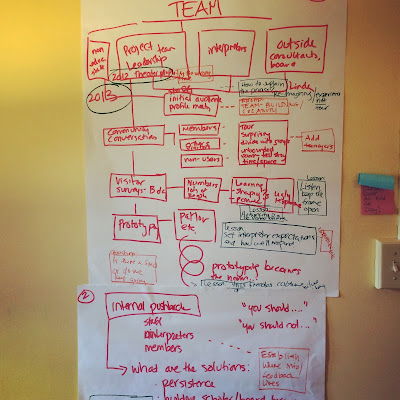 Last week I got to do something I rarely get to do--and I find few museums do either.  Over the course of two days, amidst bits and pieces of the ongoing project, the core staff at the Harriet Beecher Stowe Center and I got a chance to reflect on our journey through the reinterpretation of the house, now at the three year mark and nearing completion next year.

I've written often about our work at the Center often, and I know it has resonated with many of you. We've made progress and had great wins, but we also had places where we would have done things differently.  I'll share more specifics about what we learned later, but this is just a post to encourage everyone to squeeze out that time to be reflective about your work, with your colleagues.  How to start? We tried to think about the path of the project which involved diving back into computer files saying, "when was that meeting?" and saying, "Remember when we thought that was a good idea?"

We began the process just with individual note-taking but then decided that a big flip chart map (above, just one piece of what we finally created) was the way to go, helping us think visually about the path, the lessons learned and what we might do differently.

Doing this before the full end of the project meant that it served as a bit of a reward--a chance to appreciate our work together, and to gather our energies for the final push.  If there's one lesson I learned, it's that a thoughtful, creative, interpretive planning process has the potential to transform an organization.  That transformation is not just the story we tell to visitors, but in this case, it has contributed to creating a culture of ongoing learning, of creative problem-solving and one of engaging visitors in a continuous feedback and evaluation loop.

If you want to hear a bit more about the re-interpretation you can listen to Shannon Burke, Cindy Cormier and me on WNPR's "Where We Live."

A giant bouquet of appreciation to all my colleagues at Stowe!  Below, Shannon, Emily, and Maura embrace our continuous learning over lunch last week, and get a lesson in Pokemon Go from Charlotte, age 9. 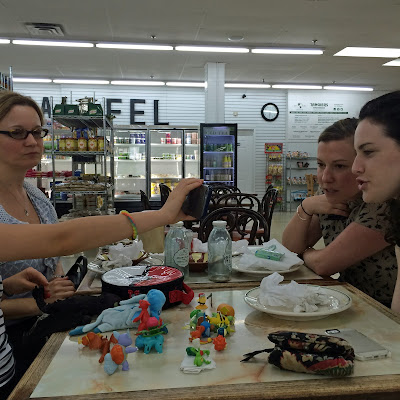 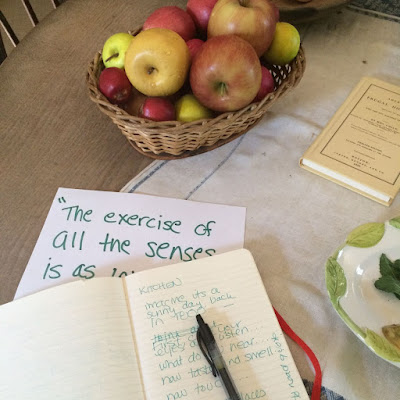 Posted by Linda Norris at 11:22 AM No comments: