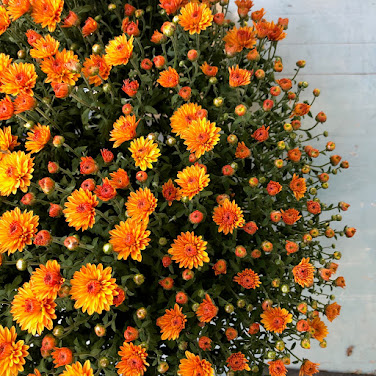 “People are people. And people are problems. But – and this is a very big but – people who are practiced in collaboration will do better than those who insist on their individuality.”

To be honest, I love group projects.  If you've ever worked with me, you know I love puzzling out how to work together, how to work with thinkers very different than me (shout-outs to Rainey Tisdale and Braden Paynter here), the luxury of celebrating together when an exhibit's done   No team project is ever perfect, but I like the process and try to learn something every time.  Don't get me wrong--I've had some big team failures too! Once, lawyers had to negotiate a credit label in an exhibition.

To begin the year, I wanted to share some lessons learned from my students this past semester. I teach in the online Museum Studies and Cultural Heritage programs at Johns Hopkins University.  The program is almost entirely online, so not much pivot was needed over the past year, except for an increased understanding of the pressures students (many with full-time jobs and children) were facing.  This past semester though, many students had originally planned to take the in-person seminar in exciting places which were,  of course, canceled. 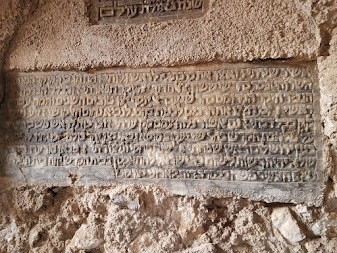 My courses always involve a group project, where a team of 3-4 works together over the entire semester.  This past semester they worked in teams as "consultants" to ARCH, a non-profit organization working to preserve a synagogue and shrine in Iraq, to develop interpretive plans  Neither the students nor I had much knowledge about this site or about the culture and history of Iraq when we began.

At the end of every semester, I ask students to write a reflection about their learning path in the course, and how they would use those learnings moving forward.  This semester, students wrote extensively about the process of group work, many admitting that they approached a semester-long group project with a great deal of trepidation.  Wrote one,

"Reflecting on previous group assignments, during my previous degrees and professional life, I was concerned about potential clashing of personalities, uneven workloads, poor time management, and more. With all of these concerns, I entered into this course rather anxious. Yet, I remained hopeful."

Another student wrote, "My disappointment [of no in-person seminar] turned to concern when I learned that the course replacing the seminar would be largely based on group work, something I have not had a great experience with in this program."

How did teams get over that uncertainty that so many felt? Here are a couple approaches that they found that may be useful to each of you.

What kind of team member are you?

Students were asked to read this article on team member styles. This slightly different approach would work as well. Pre-class, students took then a survey that asked about their team style, along with their backgrounds and interests. I assigned teams primarily on the kind of team player they said they were, building groups with different types. I didn't specifically ask them to discuss the type of team member they were, but sooner or later, they all did.

Said one student, "I believe that a major contributing factor in this was our group contract. I had never considered creating a contract for a team project before, but I will certainly do so moving forward. The contract allowed us to establish expectations and understand each other’s working style and skillsets early on in the process. Based on this information, our team decided to designate each member as the leader of a project component, with the explicit understanding that all teammates would contribute to all elements. While these roles evolved as we solidified our project format, this exercise encouraged us to address many potential stumbling blocks before they occurred."

In the first week, students are assigned readings from Creativity in Museum Practice and asked to respond to a discussion question about their own creative practice. On one team, one team member took the initiative to spend the first week carefully reading over the creativity responses and looking and the teams' likes and dislikes to try to determine who might best fit each role in the project. This resulted in a team member asked to take on a role that she was really unsure about --but, she wrote -- "So it turned out that Samantha had been able to identify a strength of mine that I didn’t even really consider a strength, and she and the rest of the team encouraged me to go out exploring and see what I could find. Because I had this freedom, I was able to really push out of my comfort zone and find things I wasn’t expecting to find."

Be generous (and accountable)

I have never had a group of students write so generously about their fellow team members. But in sum, as one student wrote, "Although we had challenges regarding the assignments and making sure that we were on the right path to success, as a team, we felt confident that no matter what, our team could handle it. We never used ‘inadequacy’ as a framework in challenging each other’s choices or ideas. We were kind, considerate of everyone’s opinions, respectful to allow everyone’s voice heard, and because of this, we worked together exceptionally well. I never felt ‘dread’ to go into a weekly meeting."

One team did struggle a bit, but at the end, one of those team members still wrote, "The course also really reinforced my belief that the depth and quality of what can be achieved when museum colleagues collaborate around common goals will always transcend what can be done by one individual with a singular creative vision."

Make time and have a plan

These students used so many different methods of working together: Zoom calls, What's app, text messages. Groups held weekly meetings and although each team approached the meetings differently, the regular meetings were important unifying forces. One team began meetings by each sharing something about themselves--I can't remember the specific question but I know in one meeting I sat in, one student's answer was The Golden Girls. You need to know people as people before you can work together effectively--particularly important as many of us continue to work virtually.

Effective teamwork means that you have to know yourself, and to be open to learning new things--about yourself and others. "Recognizing my own privilege, as a person who researches and writes from the comfort and safety of my home, was an imperative daily ritual task that informed how I approached the intricacies of interpretation on this project," wrote one student. Another observed, about the challenge of working on a site we all knew little about, "While this [a particular topic] was a challenge, I understand that it also reflects real-world circumstances: perfect, deliverable data sets are rare no matter what field you operate in!"

Take Satisfaction and Find Joy
"Bluntly, what I was craving was action and conversation, and perhaps, personal affirmation that I had not traveled the wrong road.  Having arrived at the conclusion of the course, and simultaneously my degree program, I can say with certainty that the Museum Projects course has been the most beneficial educational experience of my graduate career."

"However, this semester turned out so much better than I ever could have anticipated and now I feel quite silly for spending so much brainpower and time worrying about it."

"It was wonderful being a part of something that felt a lot like that creative museum I’d read about in the first week of class."

I'm far from a perfect teacher: Blackboard bedevils me, I hate formatting, sometimes I make big leaps or assumptions that are hard to follow. But this semester brought much joy as I watched these students find joy as they grew in their personal and professional capabilities. I hope some of you will try out these strategies in the new year--bravo to all my students!
Posted by Linda Norris at 10:00 AM No comments: