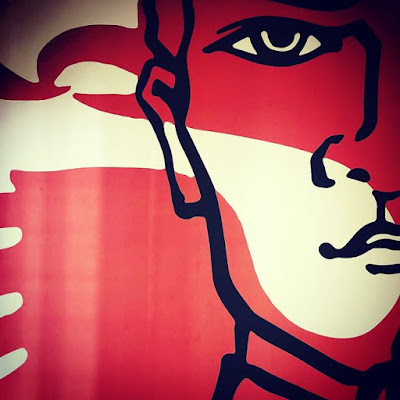 In March, I spent a week in Tirana, Albania, at the invitation of the United States Embassy in Tirana, facilitating conversations and workshops about possibilities for a rejuvenated National History Museum.  More on that experience later, but first to discuss a bit about Albania's history and the stories that museums and archives are sharing with visitors and my learning at two historic sites and one archive.

If you're like me, you don't know much about Albania's complex and fascinating history, but the part this post focuses on is the Enver Hoxha communist regime, established after the defeat of the Nazis in 1945.  This regime was initially allied with the Soviet Union, but broke away and became unaligned, and isolated from almost everywhere. The only way I can describe it is as a paranoid state that distrusted everyone, but most of all its own citizens.  In the years since the early 1990s, Albania, like many other states, has been coming to terms with its Communist legacy.  It's not an easy task, particularly as this did not involve an invader or outside oppressor, say as in the Czech Republic, but an entirely home-grown system of repression. 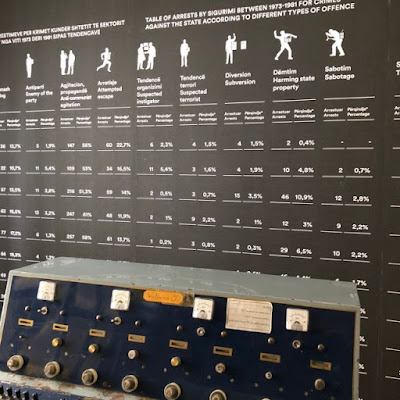 I learned about this history by visiting three places doing exceptional work:  the House of Leaves, Spaç Prison, and the State Security Archives.  Each one provided food for thought for anyone thinking about ways to interpret difficult issues, in this case, the "machine of repression," as Genta Sula, head of the archives, described it. 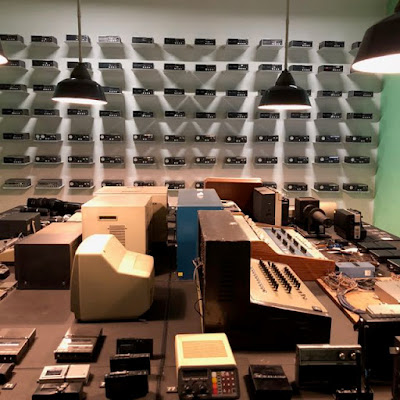 The House of Leaves is right in the center of Tirana and only opened as a museum less than a year ago. But the House itself has been long-known to Albanians.  It's the former headquarters of the state surveillance service, sequestered behind a high wall covered with leaves.  It's now a museum devoted to helping visitors understand surveillance: who did, how they did it, why they did it, and more.  From the House of Leaves I remember how much the graphic black and white design served the story.  There were loads and loads of charts--ordinarily something I might not be attracted to--but room-sized, they actually drew you in.  The mechanics of the surveillance were fascinating--and also unsettling.  You could see how some people just saw the surveillance as a technical problem to be solved, not a human rights question. And then that began to raise some unsettling questions about the state of surveillance today in the larger world. 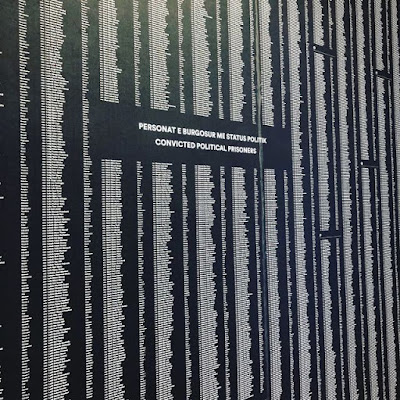 But most importantly for me, was the sense that, throughout the entire museum, that the exhibits were based on real, individual stories.  This was brought home to me as I entered one room that listed all the people imprisoned or killed by the regime.  An Albanian colleague with me went quiet, looked up, and said, "here's my grandfather."  Those stories, one by one, are a large part of what gave the museum its exceptional power to me. The other power came from what was unsaid:  that we think about this state-sponsored surveillance, but about how we're just starting to think about the kind of corporate surveillance that we willingly surrender to.

Some of the raw material for the content of this exhibit comes from the state security archives, newly opened after more than twenty-five years.  You can come to the archives and see your own file--some of them thousands and thousands of pages.  The total archives is more than 22 million pages.  You begin to understand the web of connections:  the government spied on you, and then convince you to spy on others--and so much information was fundamentally useless--but still used to intimidate and imprison others.  Genta Sula, the director of the Authority for the Information on Former Communist Police Secret Files (that's the archives official name) views the archives also as an activist tool.  The archives are working with artist Alketa Xhafa Mripa, who is producing "Even the Walls have Ears,"  testimonies from the archives to be projected on public buildings this spring.  If there's one thing I've learned in my year at Sites of Conscience,  it's that archives can be really powerful.  These archives are a great example of both documentation and activism. 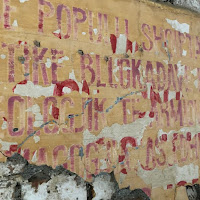 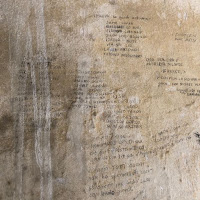 The last site of note was not quite a museum yet--and it took me far out of Tirana.  Three staff members of Cultural Heritage without Borders, a Sites of Conscience member, took me out to visit Spaç Prison. Far up in the mountains, the prison and labor camp was established by the regime and housed a number of Albanian intellectuals and opponents of the Hoxha regime.  It's been designated as a heritage site, but sadly neglected and Cultural Heritage without Borders has taken on the effort to turn it into a site of memory and a museum.  For me, several important elements stood out here:  first, the power of place.  Although most of the way to the prison is now a paved road, it used to be a very long drive to get to this remote place.  And once here, you understand that the regime's goal of isolating you and attempting to control every aspect of your life.  "Inspirational" quotes from Hoxha are still on the walls juxtaposed with one prisoner's list of movie stars on a cell wall. 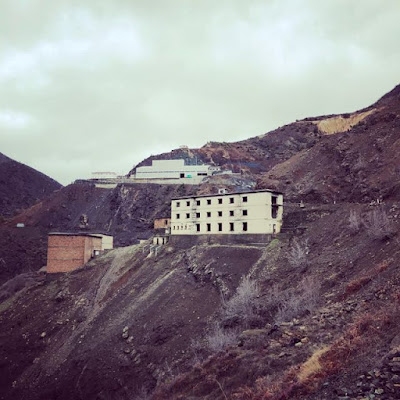 But this site also reveals the challenge of dealing with the past.  The site is owned by the government and the mine itself has been leased to a Turkish company, who is rapidly changing everything around the "red line" of the historic site, as you can see in the above photo.  The buildings at the top of the photo are all new. This region, like all of Albania, is interested in economic development--hence the mine lease.  Which will win out?  Cultural  Heritage without Borders has developed a thoughtful plan for the ongoing development of the site as a site of memory--and a place where young people can not only learn about the past and but also shape a more just future.

I found one commonality in all these experiences: virtually everyone I met, of course, had their own story of these times and their family or personal experiences.  It's the integration of these personal voices that provides the strength of these places and the involvement of those affected by the regime is critical.  Everyone noted that Albanian society has a long way to go in the complex process of reconciliation, but each of these experiences showed the power that museums, historic sites, and archives can have in moving towards that reconciliation if they are unafraid. 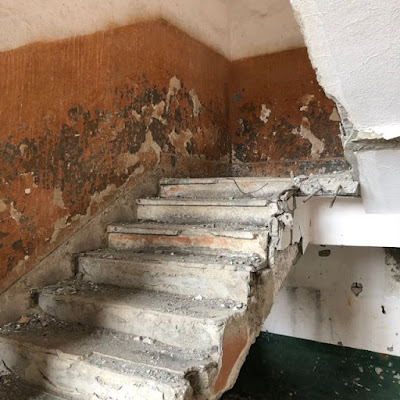