A Tiny Sampling: Museums in China 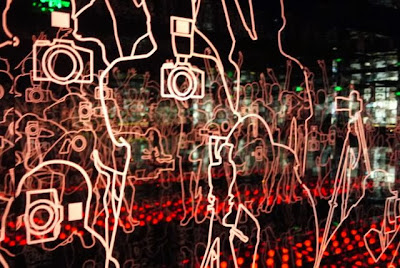 Big, bigger;  new, newer.  What does it mean for museums?  For communities?  China is building and opening new museums at an unprecedented rate.  A New York Times article from earlier this year says 390 new museums were opened in 2011, and the same pace is continuing.  I got to spend a week or so in Shanghai and Beijing earlier this month and squeezed time in to visit just three museums and wanted to share a bit of my observations (but I hope readers understanding that these are three tiny pinpoint perspectives on a huge phenomenon). 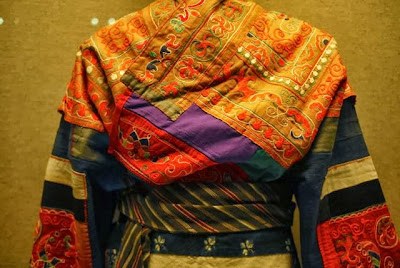 My first visit was to a museum not yet open, but with big plans.  Through a series of connections (be nice to those interns!) I had the opportunity to do a brief presentation about museums and creative practice to the staff at the Chinese National Museum of Ethnology in Beijing.  They're in the early stages of planning a new museum to be located near the Olympic site and will be making a series of visits to ethnographic museums in Europe and the United States to learn more about how cultures are presented.  They were particularly interested in the National Museum of the American Indian and we had a fascinating conversation about the ways in which different cultural groups take agency in their own portrayal.   We talked about how museums as a whole can be more creative and about understanding and developing individual creative practice.  I'll be fascinated to watch as plans for this museum develop. 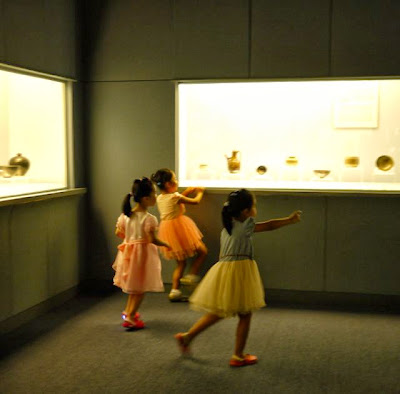 In Shanghai,  I got the chance to re-connect with Jolie Zhu,  who I met when I served as her ambassador at this year's AAM meeting (and by the way, a great reason to do such things).  Along with another colleague, we spent the afternoon at the Shanghai Museum.  Architecturally undistinguished, with an interior that is reminiscent of 1980s hotels,  the collections are stunning.  I was impressed with English language labeling,  but definitely wished for more context, particularly in the ethnographic collections.  But I'll long remember the ceramics, jade and scroll paintings for their breathtaking beauty.   The museum is evidently expanding its partnerships outside China as a banner heralded a coming exhibition in partnership with the Clark Institute and a traveling show about Impressionism.  Visitors at the museum on a weekday afternoon were a mix:  of western tourists, of families with small children (for which there were no activities),  and others, perhaps locals or Chinese tourists.

At the same time I was in Shanghai, I was also reading Death and Life in Shanghai by Nien Cheng,  the story of her imprisonment during the Cultural Revolution and eventual release,  including the details of the destruction of much of her collection of ceramics and the eventual donation of the remaining parts of her collection to the museum.  The book served as a reminder that those beautiful objects we see in museums everywhere around the world usually have complicated, sometimes dark stories to go along with them. 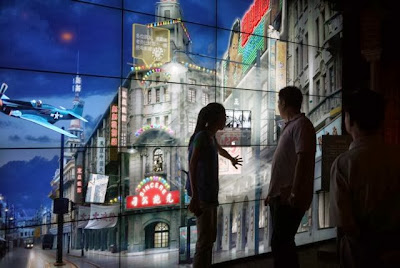 Another day I ventured out to the new Shanghai Film Museum, opened just earlier this year at--and by-- the Shanghai Film Studios, a bustling commercial area that seemed off the beaten path for tourists and Westerners.  This was a place where I got a taste of the ambitions of new Chinese museums in terms of exhibitry.  There was plenty of high-tech to go around.  A river of touch screens, a giant wall-size touch screen with interpreter to explain its use,  lots of video installations (not surprising given the topic) and even a chance to watch real animators and newscasters at work.   It was a theatrical experience--beginning with your entrance as the star on a red carpet (top image). 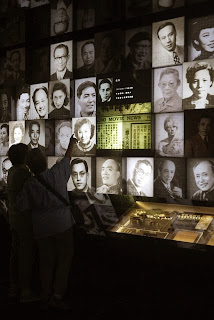 The museum's primary focus seemed a combination of nostalgia and technology.  I saw lots of older visitors pointing, remembering and talking about their favorite film stars while technological advances were highlighted throughout.  But there was very little, as far as I could tell, about the use of film as a political tool and how that use may have changed over time.   It's a museum that left me curious, wanting more, so I suppose that's a good thing.  If you want to see more photos from Chinese museums, I've uploaded a larger selection over on The Uncataloged Museum's Facebook page. 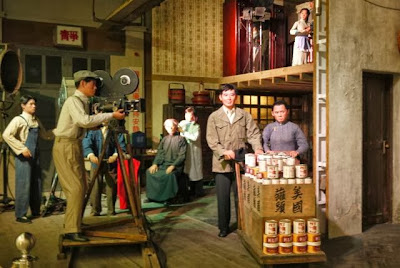 What did I learn from my tiny sampling?  Mostly that there's a lot more to learn.  I hope it's not my last visit to China and look forward to further connections with colleagues there.  If you're interested in museum buildings,  you may want to check out the soon-to-be-available book New Museums in China by Clare Jacobsen. The architecture of some of these new museum buildings, located throughout this enormous country,  is worth a look.  And I'll watch with interest to see if museums can move beyond their great architecture to deeper ways to engage audiences and communities.

One additional takeaway?  Building your network matters, and you can find connections everywhere.  I've hardly met a museum colleague who wasn't interested in conversation.  Many thanks to Sarah Burnham,  Jolie Zhu (below, while we enjoy a post-museum snack), AAM's Ambassador Program,  Nancy Pan, Jerry Yu and the entire staff at the National Museum of Ethnology. 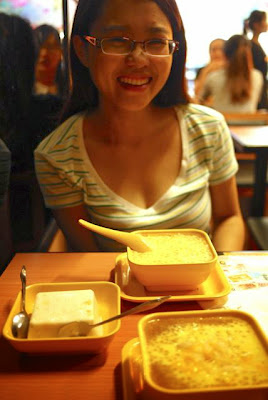 Posted by Linda Norris at 12:30 PM No comments: 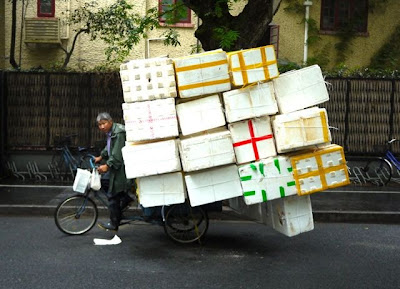 One of the hallmarks of a creative person's life is that they take the time to look closely.  I've been in China and now Japan for the last ten days or so,  and it's provided an incredible opportunity to look at everyday details:  brooms, food,  how we transport things,  stores, and more, with new eyes so I just thought I'd share some of those images with you.  But of course, you don't need to cross the ocean to put your observational skills to work.  Take a walk in your neighborhood, around the block or across the fields and look, really look.

And of course, get ready to purchase your copy of Creativity in Museum Practice, by Rainey Tisdale and me, coming this fall from Left Coast Press! 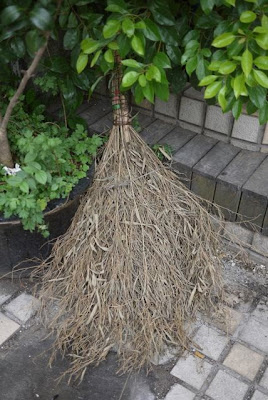 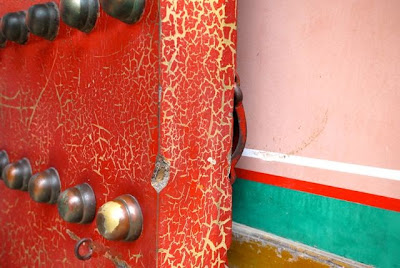 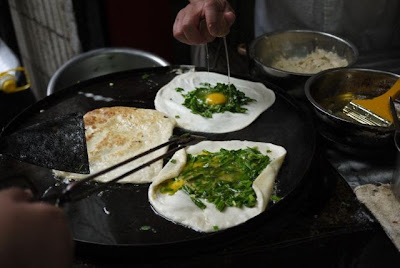 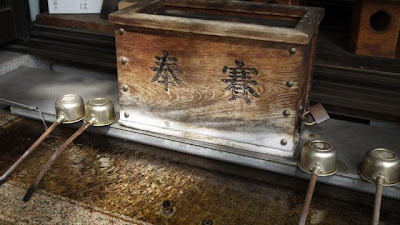 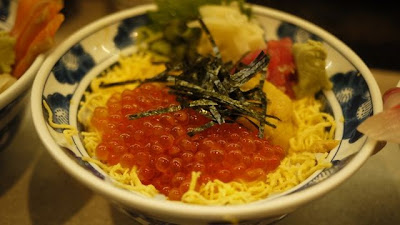 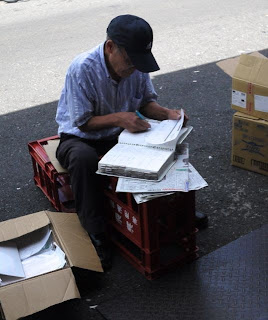 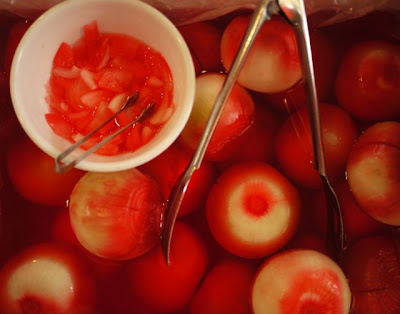