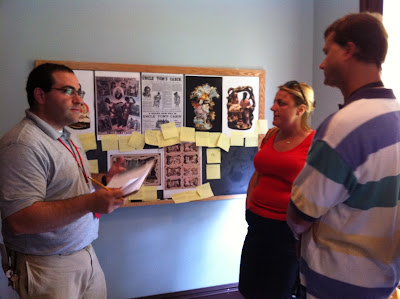 A couple weeks ago I spent a Saturday armed with a clipboard and post-it notes at the Harriet Beecher Stowe Center in Hartford, CT.  I'm working with them on interpretive planning and the interpretive team (Shannon Burke, Beth Burgess, and Brian Cofrancesco--that's Brian above at left and Shannon at the end of the post) wanted to know what visitors knew about Stowe and Uncle Tom's Cabin;  how they thought about some tough issues like faith and race relations;  and what they would want to ask Harriet herself.

We talked to more than 150 people that day and on Monday, when we did a debrief,  Shannon made an observation that I continue to think about, and will carry it forward into my work.

"I think we over and under estimate our visitors,"  she said.  I looked at her a bit curiously, and she continued,  "I think we overestimate the knowledge they come with and their interest in deep details and underestimate what they're up for."   And I think Shannon is absolutely right--and the real trick in compelling, effective, creative interpretation is to figure out the ever-changing balance between those two poles.   For me, the best way to find that balance at your own museum is to actually get out there and talk to people, as Stowe Center did.

Many of us overestimate: 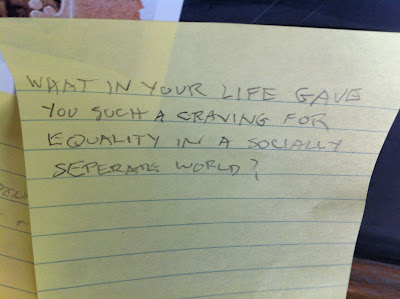 Many of us underestimate:
From your perspective, what do we over- or under-estimate? 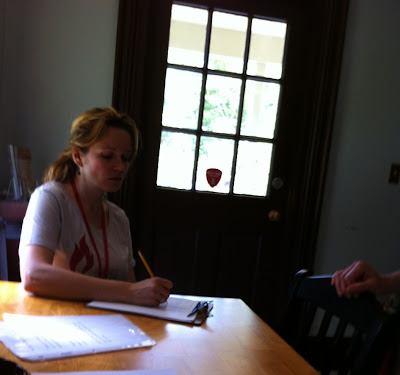 Diversity and Reciprocity: Who Decides?