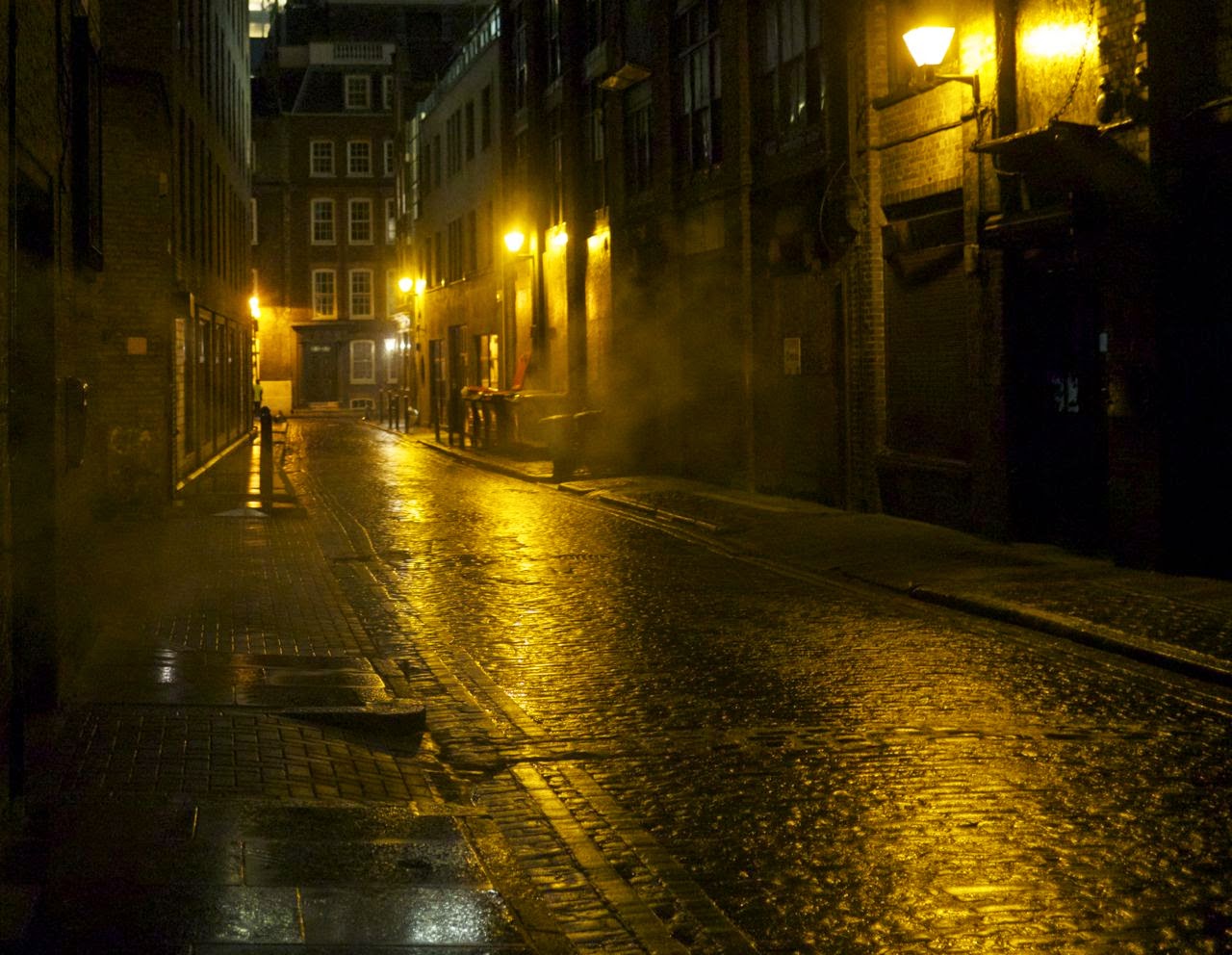 I'm in L'viv, Ukraine, for a month, so many posts to come from here (and if you want to see what this beautiful city looks like, you can follow me on Instagram). but first I'm trying to catch up on some other interesting things I've seen this year.  This post goes way back to January, to visits to the Dennis Severs House and to the Museum of London's Sherlock Holmes exhibit.   Both, in their ways, are works of the imagination--creative museums at work in ways that stimulate and challenge visitors.

If you haven't been to the Dennis Sever's House, it's not like any other historic house. You have to make a reservation, for the evening.  I walked down a cobbled street, knocked on the door, and a museum staffer steps outside with his Ipad in hand, welcomes me, and sends me into the house, asking for quiet.  No guided tour, no labels.  You are free to wander in silence, with just a few other visitors, through the rooms of this 18th century house, set up as if lived in by a family of silk weavers; lit by candles, surrounded by the debris and decay of everyday life.  But it's totally made up.  Dennis Sever was an artist. His goal, says the website,  "what you imagine...is his art."  No photos, not surprisingly, so the below is from their website.  But a picture really doesn't convey the sounds, the smell, the entire experience.  It really encouraged slowing down, taking your time, wondering.

But there are labels.  And that's part of what made it really interesting to me as a museum person. Here's just a few of them I scribbled down.


"Every object in this house should be seen as part of an arrangement.  Each array tells a story..."

"What?  You're still looking at "things" instead of what things are doing?"

"Make no mistake...in the house it is not what you see, but what you have only just missed, and are being asked to imagine."

What would happen if we wrote labels like that?  That we trusted our visitors to go for it, in terms of what they're thinking and feeling?  If we allowed their own imaginations rather than filling their heads with facts?  There's no touching in the house (and funny it seems like people don't try to) but it is a full immersion experience.  Severs has given visitors a great gift--his imagination stimulates ours. If you're in London, go! 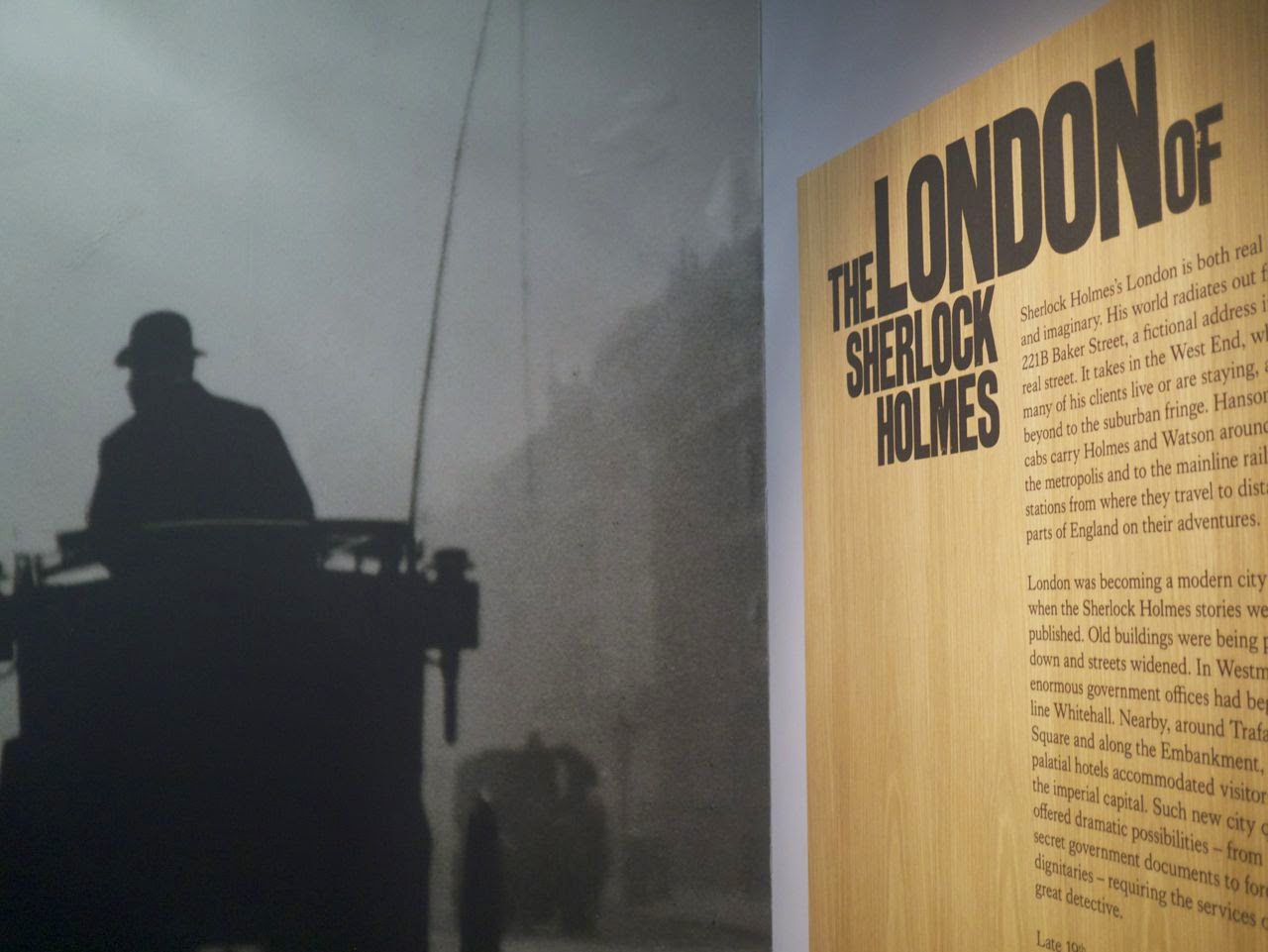 On that same trip, I visited the Sherlock Holmes exhibit at the Museum of London.  Holmes, of course, is a great imaginative creation, who lives on in books, movies, and television (and yes, they did have Benedict Cumberbatch's coat on exhibit).   This wasn't the work of a single imagination, but rather I suspect a clear team effort--and one where a team somehow felt spurred on by each other.  I imagine a meeting where someone says, "Let's start the exhibit with a bookcase,"  and then someone else says, "Yes, and it can be a secret bookcase,"  and someone else says, "Yes, and visitors have to enter secretly," and some exhibit designer says, "sure!"

I loved the interplay of historical fact--the London of Conan Doyle's day, that he surrounded Holmes with, and the written words from the mysteries.  I loved that certain abstractions and talents of Holmes--observation and deduction, for instance, were explored through very clear installations of objects, some of them very everyday (shoes and eyeglasses, for instance). 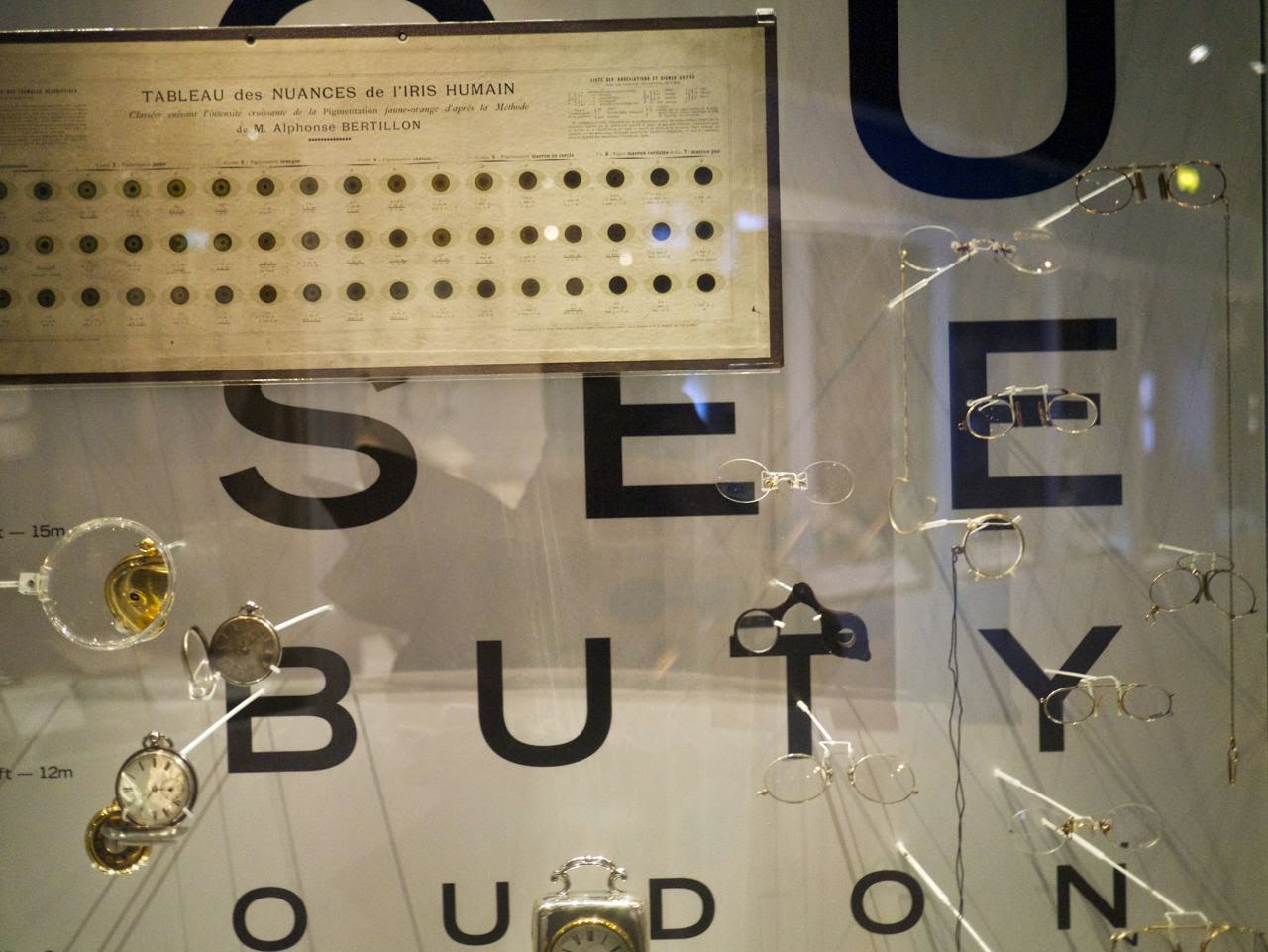 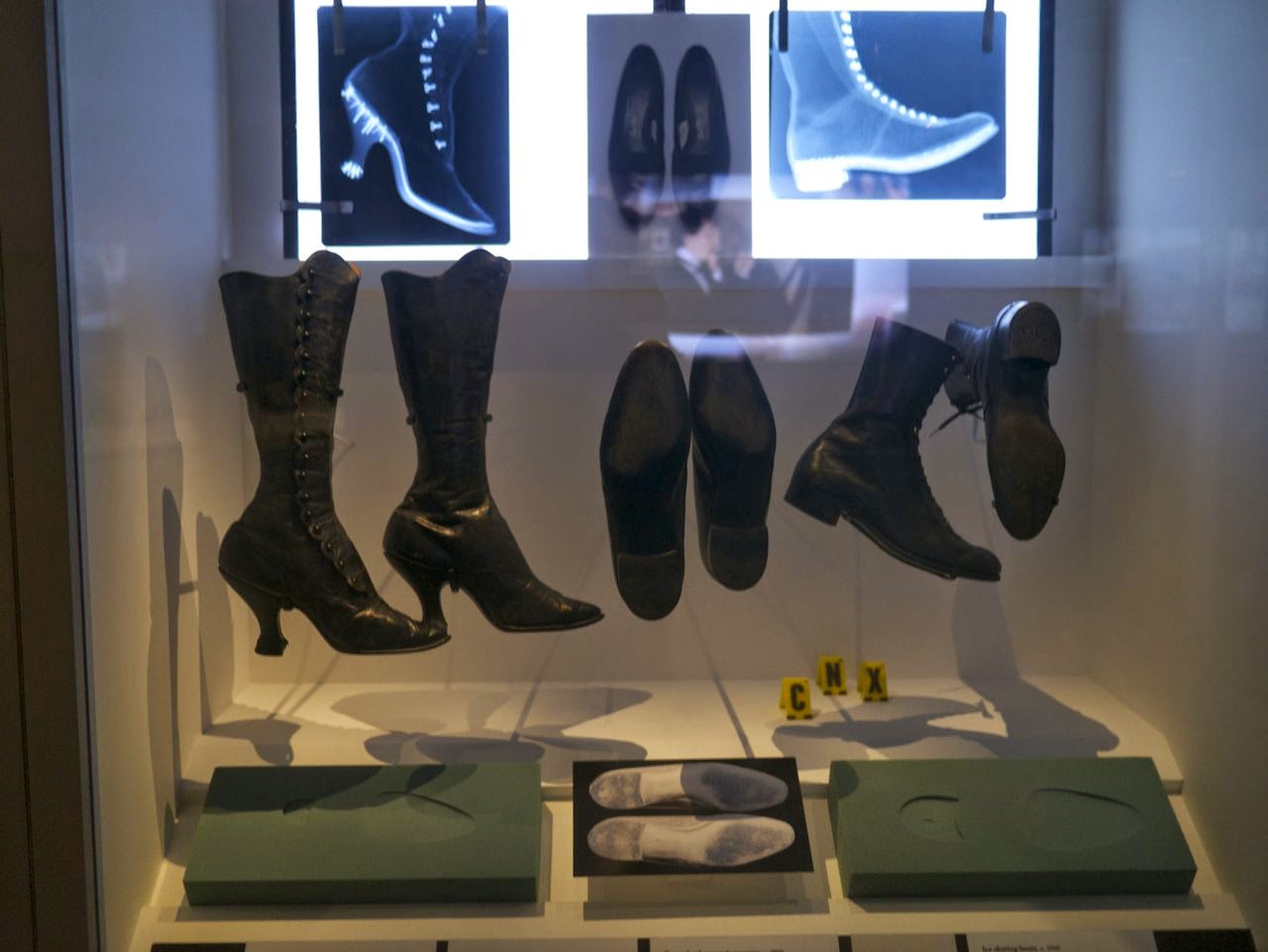 And of course, although I didn't take one, I loved the nod to contemporary life at the final stop (and the Sherlock-shaped shortbread in the cafe) 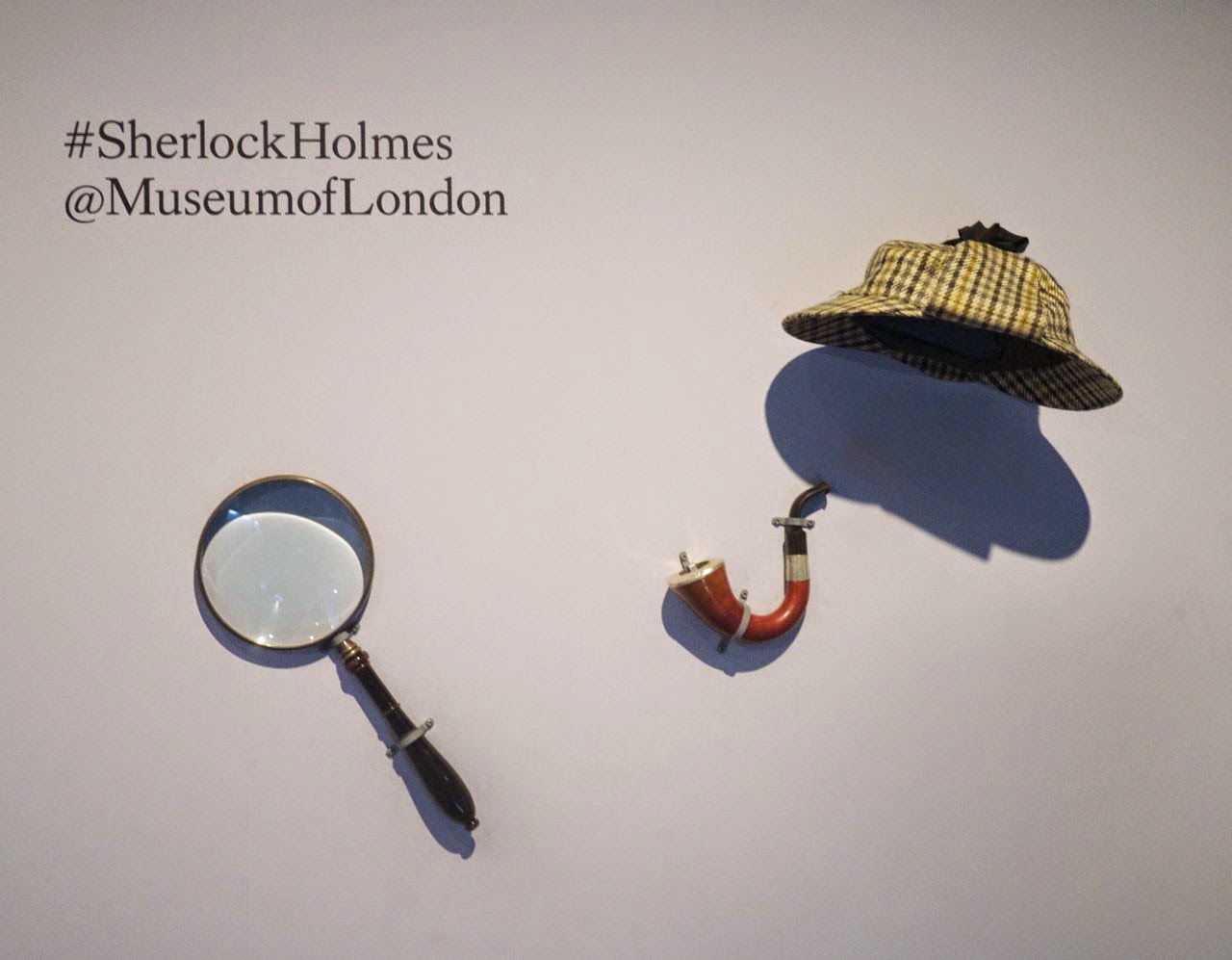 My takeaways?  To remember that great, creative ideas sometimes come from individuals and sometimes from collective work; and to make space for both those in exhibit development; to always remember that many exhibits need a sense of humor; to understand the power of emotions; and to keep looking out for those inspiring exhibits.  What have you seen lately that inspired you?  What has brought you out of the abyss of boring exhibits? 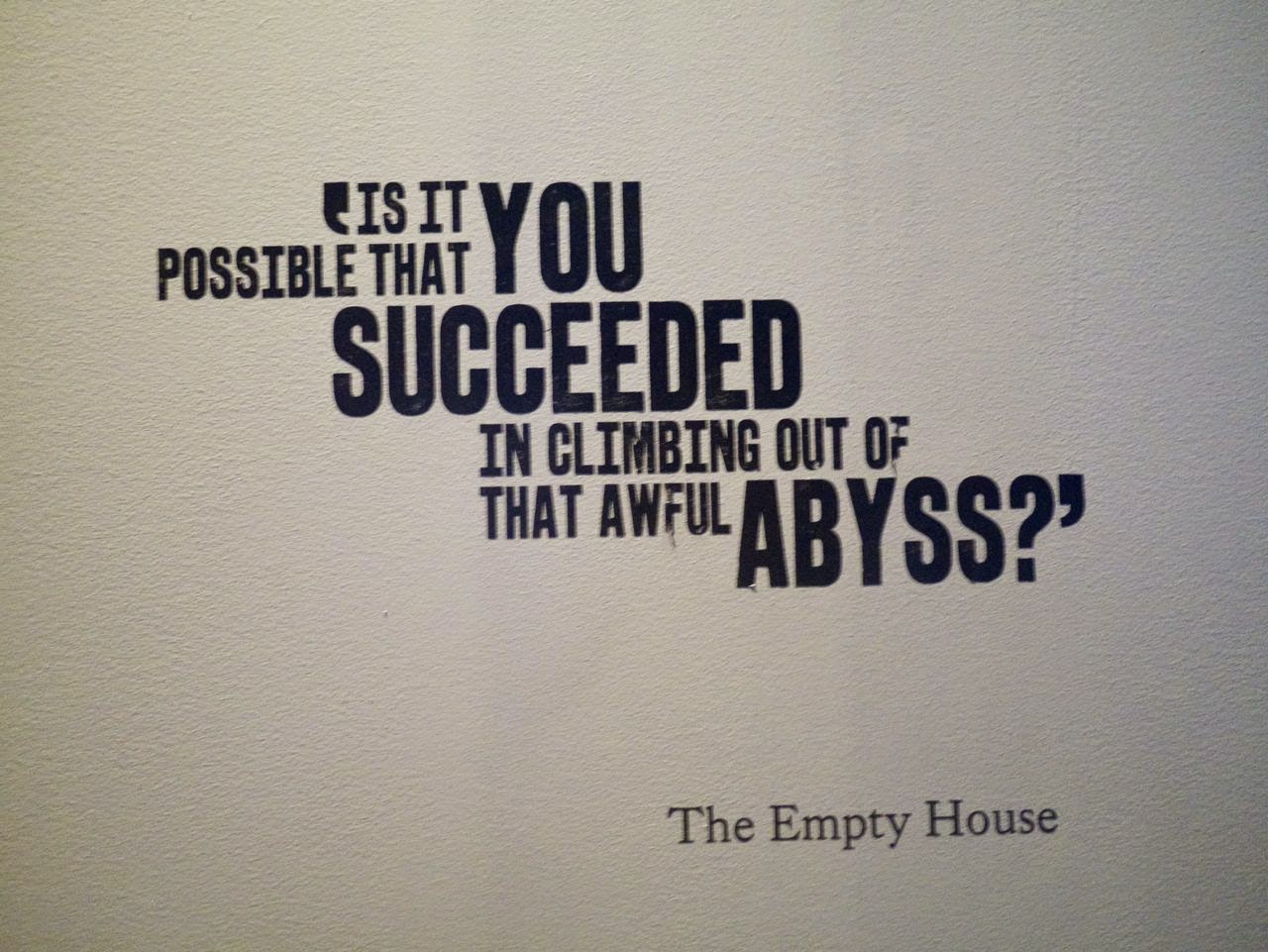 Posted by Linda Norris at 11:26 AM No comments:

Why Aren't You a Mentor? Yes, You! 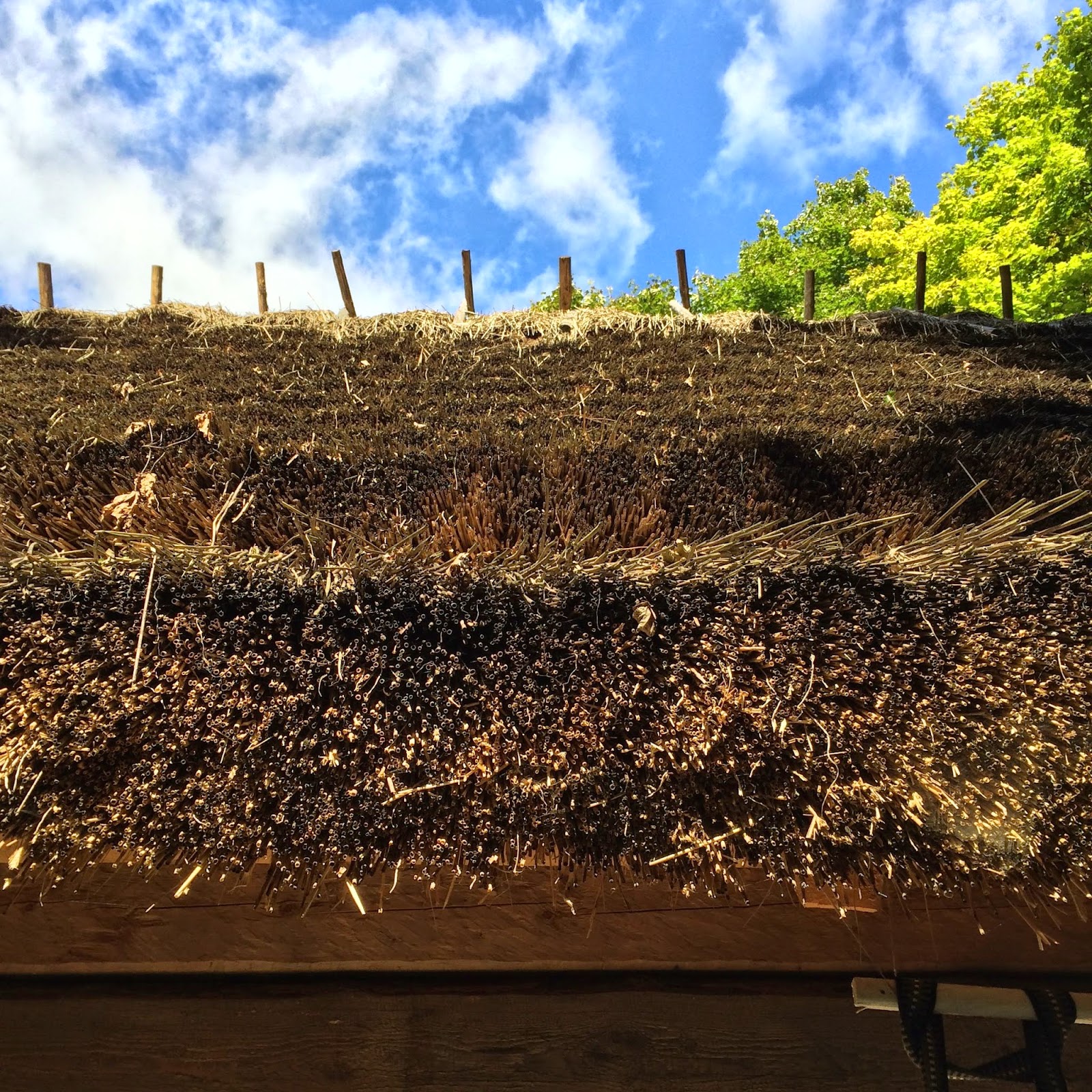 Over the past couple weeks I've had in-person, on the phone, and email conversations with mentees from all three years of my own little mentor program.  I've rejoiced in one new job; heard stories of grandparents who marched across that bridge in Selma fifty years ago; talked about why it all matters, the work we do;  puzzled over objects and emotions; and got my thoughts around some ideas about object interpretation for a call later this week.

I started my mentor program because I thought perhaps I had something to pass forward. I'd had many people in my own professional life who had mentored me along the way and whose lessons I still remember.  But I'm finding out that I'm getting back far more than I'm putting in.  My own network expands with each of our deepening conversations and my chance to learn about other people's lives, histories, and ambitions only broadens my own world view.

So here's the question.  Why aren't more of you mentors?  I hear some pretty regular complaints from experienced colleagues about young professionals not understanding, or not wanting to work hard like we did, or ....  .  I like to suggest that more of us need to step up as mentors--and that you don't have to have been in the field forever to be one.  This morning, I read this about how scarcity thinking holds nonprofits back.   I think we've got far too much scarcity thinking in how we approach our colleagues as well.  Our field needs to be abundant and generous, welcoming all kinds of people, with all kinds of training, all kinds of viewpoints, and all kinds of experiences.  Yes, you can find the time.

A challenge to our service organizations:  AAM, AASLH and NCPH.  How about establishing working, nurturing mentor programs?  What are you waiting for when there's a clear need?

Special thanks for this post's to Alicia Akins, Megan Wood, Catherine Charlebois, Shakia Gullette and Susan Fohr, my mentees, past and present, for inspiring a blue sky future.
Posted by Linda Norris at 10:41 PM No comments:

Are You the Fifth? 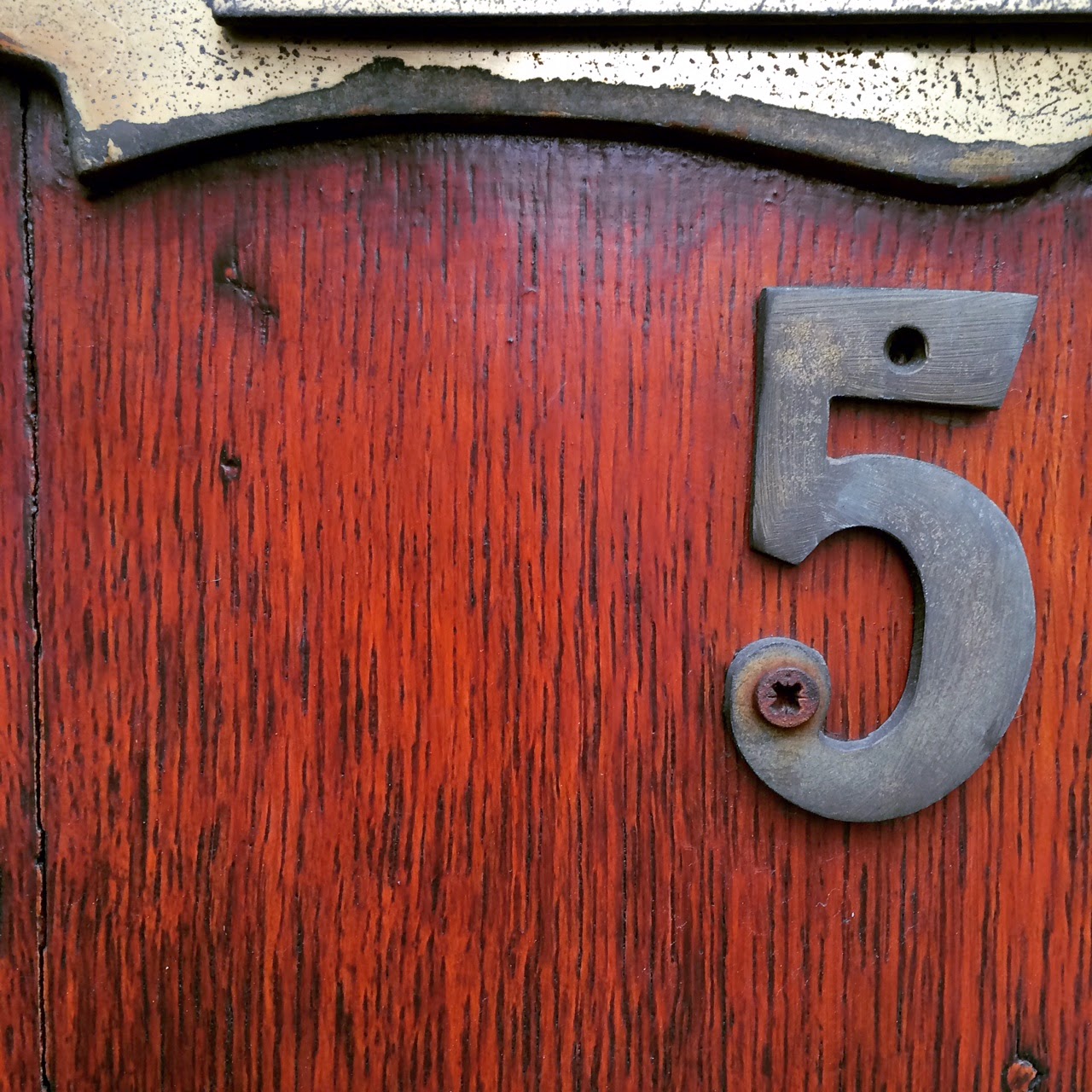 Are you interested in professional feedback and collegial exchange of ideas?

My tremendous Take 5 colleagues Anne Ackerson, Marianne Bez, Gwen Spicer, and I are seeking a creative, independent cultural professional with broad experience and interests, who is looking to collaborate in rewarding and productive ways to join our informal group. We enjoy sharing experiences that help us gain new insights about our work and our careers. Together we produce the monthly newsletter Take 5. We meet in upstate New York three or four times a year and support each other through regular phone and email contact.  You can see more about our process here.

To apply, please answer the following questions, and include a resume and any other relevant materials you'd like us to see (websites, blogs, etc.) to Take5colleagues@gmail.com by April 1, 2015.  We look forward to hearing from you!
Posted by Linda Norris at 9:37 AM No comments: