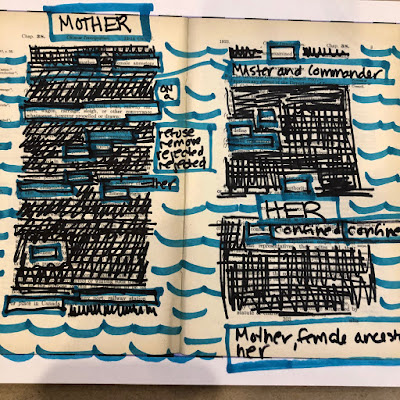 Before I head off to two conferences in a row (look for me at AASLH in Philadelphia, or ICOM in Kyoto) I wanted to share the blog post I wrote as a reflection on my time as a social media journalist at AAM.  "Get about it."  was an admonition from AAM keynoter Mitch Landrieu about the work of reconciliation in this country, and it served as a title for that post.

But it's also the title of this post.  This summer I've had two different experiences framed around race, that I wanted to share.  I live in the western Catskills of New York State, in a large, sparsely populated county that is 95% white, with a per capita income of just over $26,000. (for comparison purposes, New York State is 69.7% white, with a per capita income of $35,752).  It's the kind of place that it's easy for people to make assumptions about.  I haven't necessarily expected to find deep, reflective experiences around race here.  All this is to say, it's a complicated place, like everywhere, and wherever you are, there's work to be done.  Today, I want to share some great work I found in my own region this summer.

In June, I participated in Radical Conjuring, a workshop at Bushel Collective, a new arts space in Delhi, NY.  Poets Sasha Banks and Adriana Greene  invited us "to reimagine the past and give language and shape to a post–white supremacist future" through a series of different activities and interventions.  We were a very small group, but Sasha led us through conversations that went deep for me, with strangers.  Sasha and Adriana shaped a place for those hard conversations. We tried black-out poetry, working with historical documents.  I ended up with 19th century Canadian legislation about Chinese immigration which led me to a poem about mothers, women and loss.  You can see the result at the top of the post.  We completed sentences known to us all with new and imagined endings. 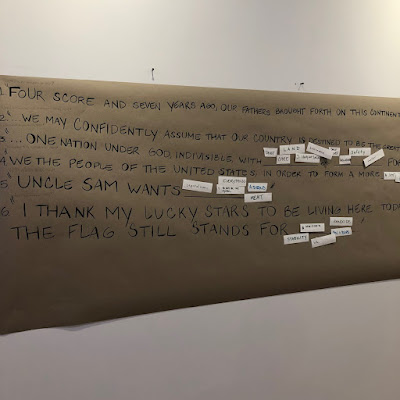 We worked to fill in words, imagined new maps of the places we live, and wrote messages to the future.  At the end of the two days, we were all invited to go, by ourselves, in a room and reflect (and record if we wanted) our reflections on a series of questions.  Here's a few:


These workshop were hard work in the best kind of way.  It forced me to think deeply, to experiment with new ways of doing things, to listen with intent.  And to be honest, it was a bit of a surprise to find such a workshop here. 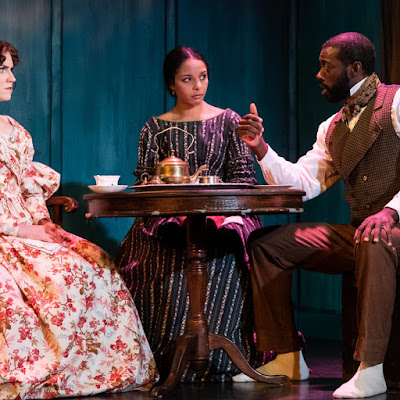 Last month,  we went to see a performance of Possessing Harriet at Franklin Stage Company, in the village next door to mine.  The play was originally commissioned by the Onondaga Historical Association in Syracuse and was  written by Kyle Bass. It tells the story of Harriet Powell, a young, mixed-race, enslaved woman who escapes from a hotel in Syracuse, finding temporary safe harbor in the home of abolitionist Gerrit Smith in Peterboro, NY.  Powell spends the evening before she leaves for safety in Canada, with Smith's young cousin, Elizabeth Cady.  I found the play, done in front of a full house, pretty unflinching in depicting the instances of racism that even committed abolitionists did unthinkingly. Through the telling of Powell's and Thomas Leonard's, a free black man's, stories,  Cady (eventually Cady Stanton)--and by extension, all of us in the audience--reflect on our own lives, our beliefs, and our activism (or lack thereof).

In this performance, several things stuck with me.  First, a big shout-out to Onondaga Historical Association for commissioning the piece.  Second, I wondered what had attracted the audience to this particular event, and what they made of it.  In my work at Sites of Conscience, we think and talk a great deal about change.  Did this move anyone to action?  Should a work of art be responsible for doing so?  And how could it be encouraged further?  And lastly, it was a reminder of the power of stories, based on real history, to cause us to reflect on the world we currently live in.

I also wanted to note that the Franklin Stage Company's performances are always free, with donations collected at the end of every performance.  They combine that community service with an equal commitment to the artists they work with.  Every performance is fully professional--with all of the performers and technical staff being members of Actors Equity and other unions. There's a lesson there for museums of all sizes and types as the field continues to grapple with equitable pay.

But most of all, these two events gave me hope and are a reminder that we can do the work of change wherever we are.  You can say your community is this, or isn't this, or people won't be interested, or whatever.  But this summer, Sasha, Adriana, and the cast and crew of Possessing Harriet, just got about it, as Mitch Landrieu said.  They respected communities enough to believe there would be interest, pushed tough issues and critical reflections forward, and I believe, made a small difference in the world.  For that, I am deeply grateful.

Posted by Linda Norris at 4:44 PM No comments: