Checking out the Gallerie des Enfants: No French Needed! 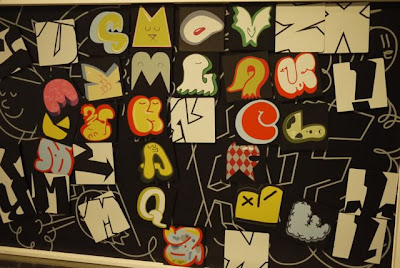 I'm in Paris,  having my lunch at the Pompidou Centre's cafe and across the way,  there's the Gallerie des Enfants, the Children's Gallery, which currently has a hands-on exhibit about letters and images.  But what's particularly interesting about an exhibit on that topic is how little text in the conventional sense there is, and how successful it is nonetheless.

Like MassMOCA's children's gallery, which I also love,  the museum assumes that children deserve and should see original artwork and that interactions should spring from that experience.  Here's just a bit of what I observed.

First,  an interactive done with something many of you have in your space where you store things you want to get rid of but don't ever get around to:  an overhead projector.  Children arranged shapes on the projector,  they were projected big so they could see them--but also then,  you could view it from the back, where hands and shapes were in a mysterious dance.  What would happen next? 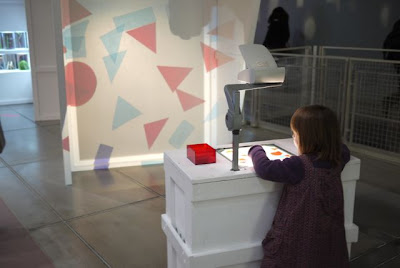 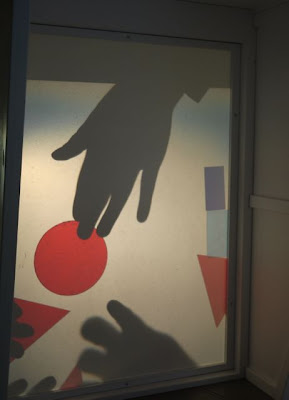 (This screen was almost as tall as I am).  There were big foam letters to play with. 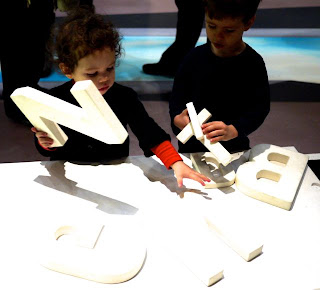 And lots of other ways to think about letters and shapes.  A big board to flip tiles to make letters;  artwork including letter constructions under glass;  a lightbox art installation of the letter "B" which one mother was intently looking at with her son. 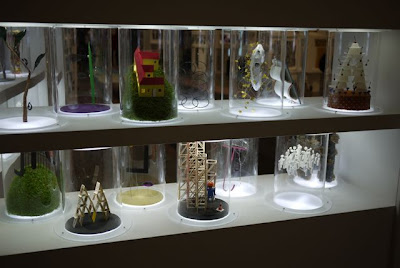 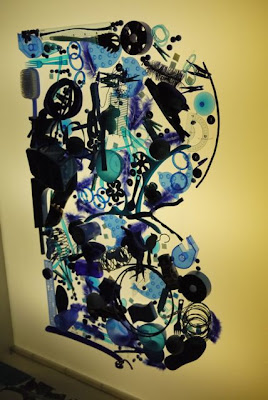 But here's the thing:  there were virtually no labels telling you what to do or what to learn from the experience.  When a little instruction was needed, it was provided graphically.  Below, a pattern recognition and the hot pink illustration was the only information given. 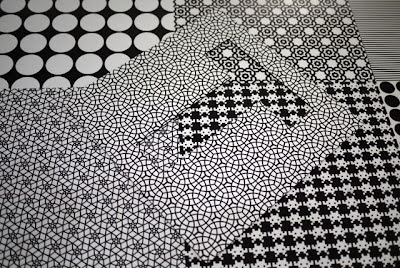 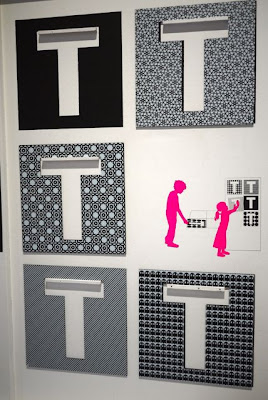 This installation really made me think about my own practice.  Could I do interactives with no instructions just symbols?  Does this require a higher level of trust in your audience?  Do we expect different kinds of learning from art and history organizations?   What do you think?
Posted by Linda at 6:53 AM 2 comments:

How About Some Delicious History? Our Annotated Dinner 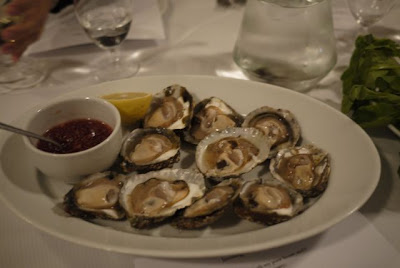 I've been thinking about food and museums quite a bit lately.  An article on what museums can learn from the Pickle Project is forthcoming in Museums and Social Issues and I've just been accepted as a participant in the National Council on Public History's Working Group Public History and the Local Food Movement at the 2013 conference in Ottawa, where Cathy Stanton of Tufts University and Michelle Moon of the Peabody Essex Museum have put together a great group to explore ways in which those of us who work in public history can forge stronger connections and deepen conversations with local food producers and those who promote local and regional food.

But this past week I had a tremendous opportunity to see food history, the local food movement, and interpretation all wrapped up into one delicious package at an annotated dinner with the Context Travel staff in London.  Art historian and food scholar Janine Catalano worked with St. John,  one of the premier restaurants in London and a pioneer in reintroducing regional British cooking,  to produce a dinner that helped us understand the history of food in London, in a physical sense (St. John is right by Smithfield Market, a livestock or meat market for 800 years), an intellectual sense, a historical sense and a sense of what's new. 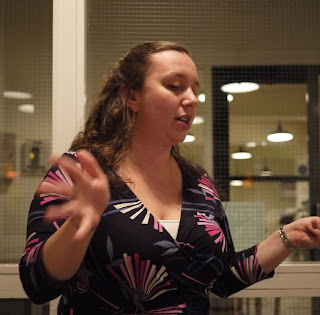 "But what is an annotated dinner?"  you may be thinking.  Exactly what it sounds like.  With each course (and there were many)  Janine (above)  artfully guided us through history, using historic images passed around,  brief readings from primary sources, while also helping us learn about the current state of the local food movement in Britain. 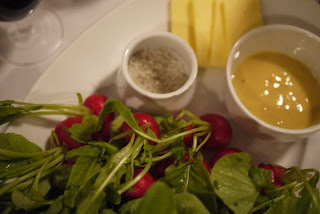 What did we eat? All delicious... 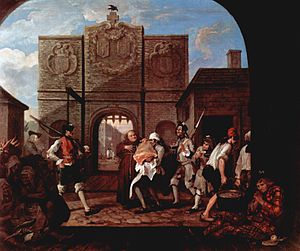 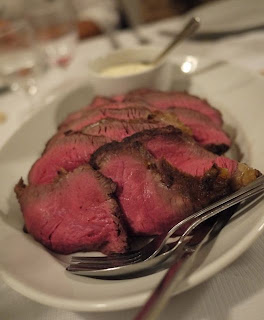 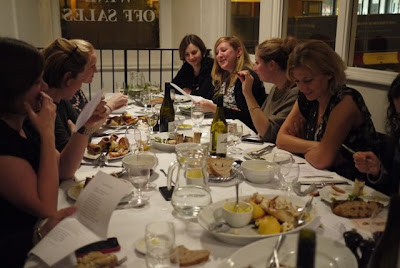 It struck me that this kind of interpretive effort, in a restaurant, is something that many of us who work in museums could undertake.  I think sometimes we're too often stuck in our own places,  worried about our own lack of kitchens, or what will happen in our historic house.  We were in the simplest of rooms,  with white butcher paper on the table,  so no worries about precious artifacts,  but the history--and current issues--came alive.

In my conversations with Context docents we've been talking about using all of our senses, not just sight,  to convey the meaning and texture of a physical place.  The salty briny taste of oysters;  the slightly unctuous feel of the pig head and potato pie,  and the crispy sound of a radish bite, all made the heritage of British food come alive.

And what could be better than learning new things while gathered around a table with a group of friends?

A Bear Skull, a Witches Charm and Me: Connecting Story, Place and Objects in London