Berlin: Reminders for our Future 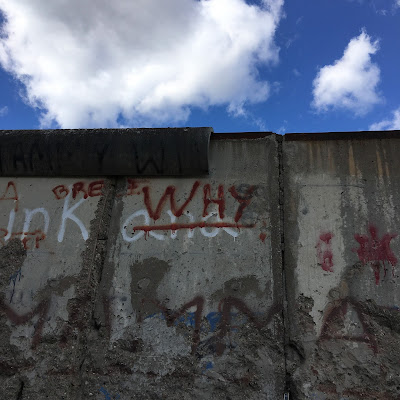 First, a quick observation that probably applies to far more than blogging.  Since I began my new job at the International Coalition of Sites of Conscience in February, my blog posts have been few and far between. It's no lack of ideas because the work is exciting and challenging, full of interesting questions to puzzle, but somehow finding the head space.  And of course, once you get out of the habit, it becomes much harder to get back into the habit.  That next post--it has to be really, really good since it's been so long!  I've finally moved past that thinking, hence the post below, but if you want to learn more about getting past that sense of perfection and you'll be at AAM, be sure and check out Maura Hallisey, Danielle Steinmann and my session on prototyping as a way to move towards change. Check out our guest post on the Center for the Future of Museums blog.  And now, back to our irregularly scheduled blogging. 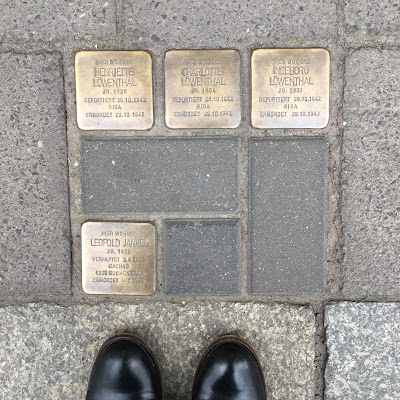 A few weeks ago, I visited Berlin and in visiting even places I'd been before, I found it full of unexpected resonance in these troubling times.  Berlin is a city of memorials large and small, and I found meaning in places large and small, often unexpected.  In Berlin as in other European cities, you see tiny brass blocks with names and dates in front of some buildings. Sometimes just one or two, sometimes whole clusters.  They are Stolpersteine, stumbling blocks, a project by artist Gunter Demnig. Right there, under your feet, are palpable reminders of a regime that once rounded people up and took them away because of their religion, ethnicity, politics or sexual orientation; reminders that all these blocks were people, with families, with lives, with futures taken. 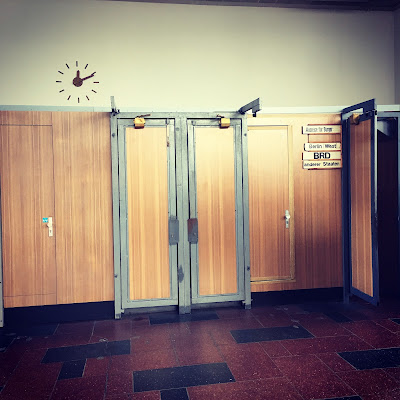 On my way to a meeting, I stepped into the Palace of Tears, the former train station that served as the main checkpoint in between East and West Berlin.  The reminder here:  that, as one German said to me over dinner, "We have tried a wall.  They never work."  At Checkpoint Charlie, an outdoor exhibit included images and text from John F. Kennedy's visit to Berlin in 1963:  a reminder that the United States is a inevitably a part of the larger world and that our future rests with that understanding. 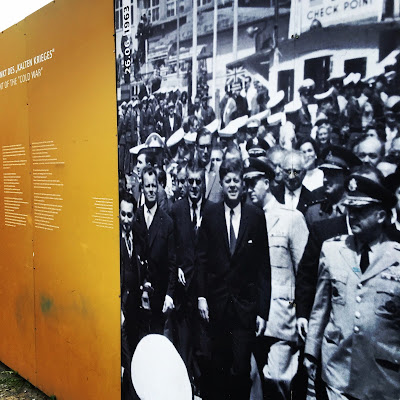 The Topography of Terror Documentation Centre is near the site of the Nazi SS headquarters. It's unflinching in its look at the horrific work of the SS.  There's nothing flashy about the indoor exhibition at the site, but a steady piling upon piling of information about the crimes of the Third Reich.  Virtually every visitor I saw was reading intently.  The reminder there:  that nations and people can be different, but that the need for activism is always present. 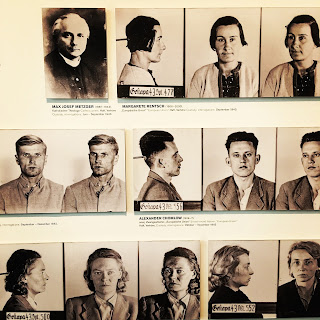 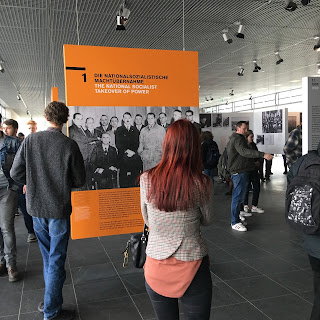 I came across this building, below, on my first morning in what used to be East Berlin. It says, "This house used to be in another country.  Human will can move everything."  What better reminder for an engaged, activist, human-centered future? 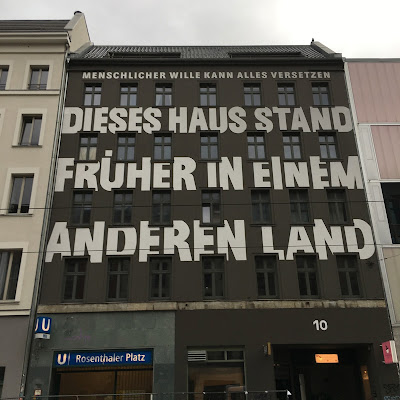 Posted by Linda Norris at 9:15 PM No comments: