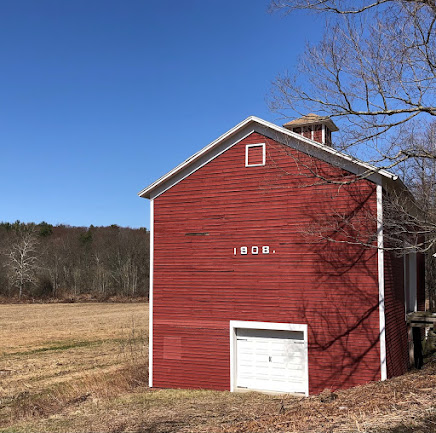 It's been a full year at home--which for me is a small hamlet in Delaware County, NY in the northwestern Catskills.  I've been able to spend it here, zooming away, socially distancing with a tiny group of friends, and trying to get out for walks every day (okay, not in the deepest winter!).  But as spring approached this year, for some reason I decided to take on a new project.  This spring (until June 21) I am working on driving every single road in this very large county of 1467 miles.

It's a county where I used to drive a great deal.  At the start of my museum career, I was director of the local historical association and went everywhere--speaking at a Masonic Lodge in Hancock, going to hearings about watershed protection, driving down dirt roads to look at an artifact for donation, undertaking a project of mapping barns in towns, and spending a week at our tent at the Walton Fair.  But my career path has taken me far away from this so I thought it might be both fun and interesting to do a bit of exploring (if you're interested in regular updates, follow me on Instagram at @lindabnorris). 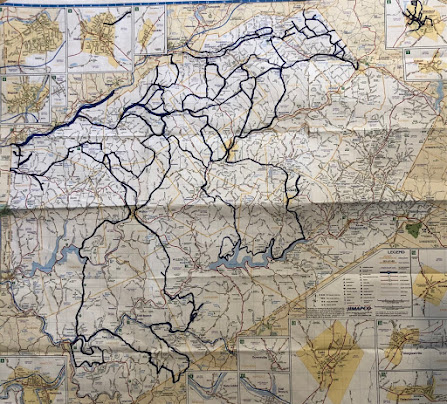 As you can see from this map, I've got lots to do.  I'm appreciating having a paper map and am marking roads driven as I go.  And, as you can see, I am less than systematic about it!  It's a beautiful place.  Despite being only a few hours outside New York City, it is a really rural place.  Those 1467 square miles only contain about 44,000 people. We tried to count stoplights in the county the other day, and I think there are less than ten.  With rolling farmland,  the branches of the Delaware River, and small towns, there is always something to appreciate. 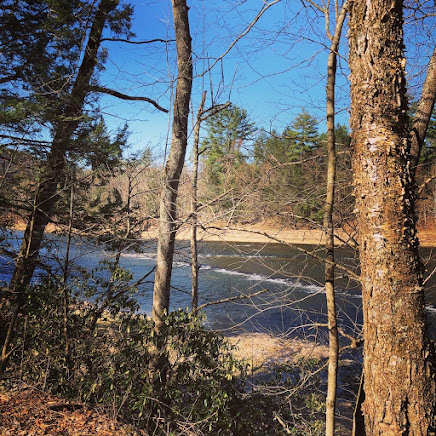 But what am I am really appreciating is how many layers I can see as I look (also making me appreciate my time at the historical association).  Probably the last eel weir on the Delaware River down near Hancock combined with streams with great trout fishing demonstrate the ongoing importance of water to the local community while a tiny cemetery up on a hill near the Pepaction Reservoir demonstrates how important that water is to others.  The cemetery contains the graves from cemeteries relocated when the reservoir, which provides water to New York City, was built.   That reservoir is not far from Andes, the epicenter of the Anti-Rent Wars of the 1840s, a rebellion against large Hudson Valley landowners.

It's also the time of year when all of your senses can be engaged:  with the car windows open, I've driven through the sweet steam of a sugar shack and the spreading of manure (not a bad smell, it's a sign of farming!) the peepers (take a listen) are out full force every time I drive by a pond, and when I get out of the car to check out a stone wall or a stream, the leaves crunch beneath my feet and I gently touch the lichen on the top of the stone wall. 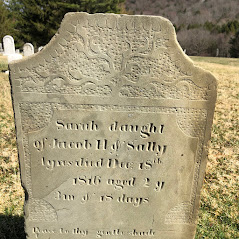 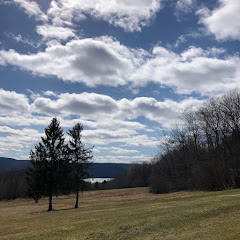 There are still some dairy farms in the county, but far fewer than their heyday and many farmers maintain those barns with a great deal of pride.  At the same time, new growers and makers are coming to the county, bringing change once again.  This tiny milkhouse was a place where milk was picked up, for transport to a creamery, and eventual transport by rail to the city.  The stone walls up in the woods and places like the abandoned farmstead we found at the end of a dead-end road, dotted with daffodils, all represent the multi-layered place I continue to see as I drive.  Road names and names on a map that are now often just a house at a crossroads testify to the multi-layered of industry and community:  Steam Mill Road, Deposit,  Blue School Road, and many more. 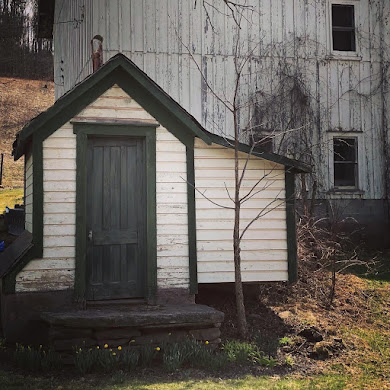 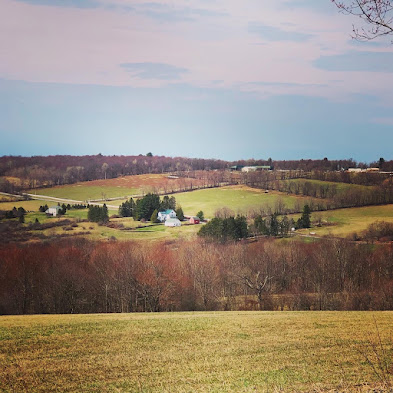 The landscape also shows me the complex web of economic relationships and income disparity.  Delaware County's per capita income is $27,201 compared to the average US per capita income of $59,279.  For more than a century, well-off New Yorkers have been coming here for rest and relaxation.  Although grand hotels no longer exist (see this sad example below),  there are many big new houses on back roads, built by second-home owners.  The pandemic has meant that real estate is booming--but what does that mean for those locals starting out who would like to own a home?  Can new businesses opened by newcomers boost the economy in a permanent way?  Are there ways to bridge economic and political differences? 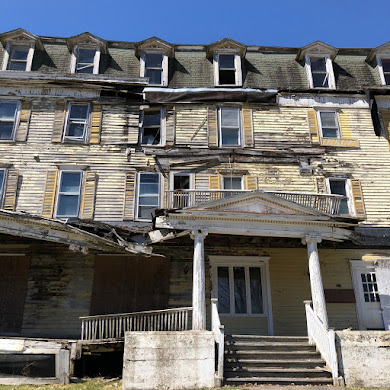 But this project isn't about finding answers.  Instead, I'm finding both more questions and a great deal of joy as spring arrives up and down these hills and valleys. 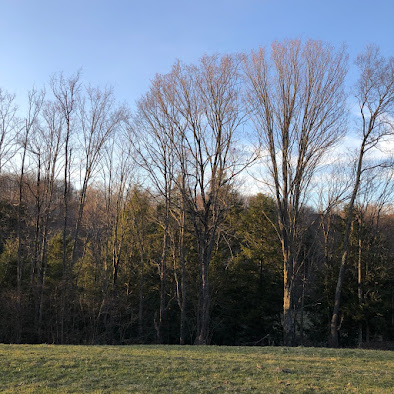