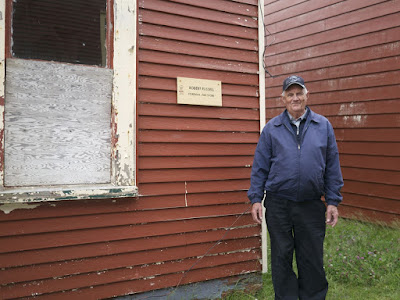 I'm just wrapping up a week in Port Union, Newfoundland, beginning work on interpretive planning with them, and as always, each new client, each new place, each new set of experiences make me think about my own practice and how I can continue to shape and learn.

Port Union is known as the only union-built town in North America and was founded in 1916 by an inspirational (and somewhat controversial) leader, Sir William Coaker, as the headquarters of the Fishermen's Protective Union.  It looks different than any other Newfoundland outport, with its factory and row houses.  The Sir William Coaker Foundation, formed after the closure of the fish plant, has done amazing work in preserving buildings in the historic district,  restoring buildings to create both spaces for exhibits and interpretation and, at the same time, also addressing community needs such as affordable rental housing.  Much of Port Union's story is different than other Newfoundland outports: the Fishermen's Advocate newspaper published there, the workers' housing, Coaker's efforts to improve a whole variety of fishermen's way of making a living. The town has a unique opportunity to connect with the growing tourist audiences on the Bonavista Peninsula. 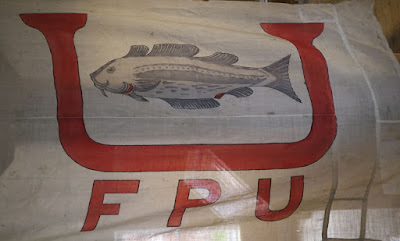 The interpretive challenges are many--but exciting.  Many Newfoundlanders have intense attachments to the places they were born. It was moving to walk the street with Harold (that's him at the head of the post, in front of the house where he was born) and Bill, as they remember the community it was; the lives of their families (below, Bill's grandfather, Fred Tulk, the captain) and the bustling community.  How do we make sure that their stories continue to live on in ways more than just a simple video or label text?  Canada has an extensive summer youth employment program that results in enthusiastic and friendly, but not well-trained, summer guides at many sites.  How can we develop ways for those stories and that knowledge be conveyed to young people so they can continue to share those stories and ideas forward? 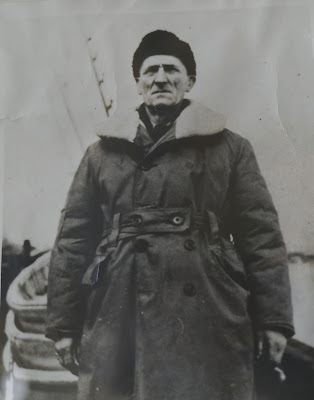 And then there's the challenge of telling history that's still new.  In 1992,  the Canadian government announced a moratorium on cod fishing (still in place)  putting tens of thousands of Newfoundlanders out of work, taking away the kind of work that had sustained families and communities for centuries. At a community dinner, over great home-cooked food like moose meatballs and partridgeberry pie, I asked people about the moratorium.  Some thought that it was still too painful to talk about--and it was abundantly clear that everyone in the room had been affected by it. Others thought that most outsiders did not understand the moratorium at all. Perhaps within the context of the Fishermen's Union, 1992 was a part of the full story of fishermen's  lives and work that needed to be told.  How can we best do that?

We came home with our heads full of ideas, but this trip strongly reinforced that there's one skill every interpretive planner should have--that of active listening.  More and more I've come to think that my job isn't to come with the ideas of how you should do it, but to work in the way that evidently Michelangelo (without meaning that comparison directly) did--which is to find the meaning within a museum, a collection, a community, a place, and to work to pare away the extraneous, to reveal that meaning.

And, by the way, I am a huge Newfoundland booster.  It is a beautiful, varied, fascinating place with a still-distinct culture.  Plan a visit!  To whet your appetite, some photos from my travels below. 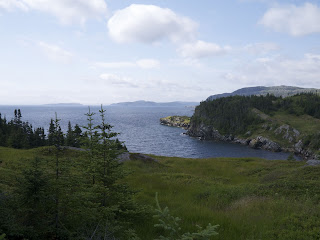 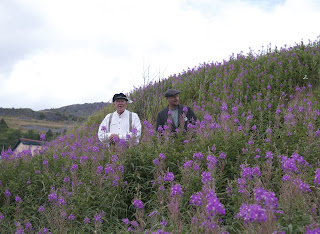 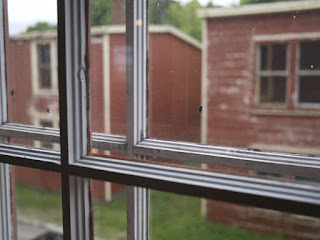 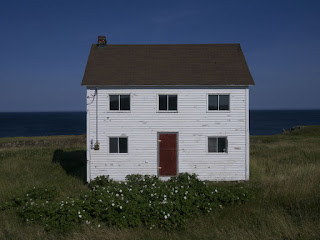 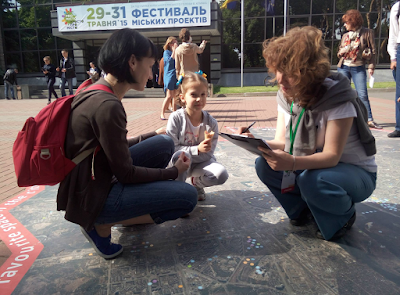 The summer I graduated from college, my friend Jane and I drove cross-country and back.  I don't even remember using a guidebook but what I do remember are a whole set of AAA Trip-Tiks that guided us across the country, showing us scenic routes and interesting places to explore (which must explain the visit to Wall Drug). 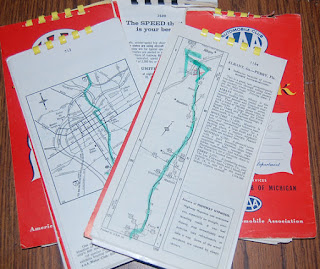 This summer I've been reminded of how much I loved those maps as I've come across a number of different great mapping projects (digital and not) that provide ways to explore communities near and far.  As I think about what local history museums might do differently, these provide all kinds of inspiration. (and don't miss this post about what one museum did with maps--an exhibit at the Brooklyn Historical Society).

Here's a bit of what's come across my virtual desk:

This compelling animation of 315 years of the Atlantic Slave Trade.  As you watch it, think about the fact that each of tiny dots represents a boat, with hundreds of people on board.

Curious about the contemporary lives of cities around the world?  Check out Spotify's Interactive Music Map that creates playlists of "songs are most distinctively enjoyed in cities around the world." I've been working accompanied by music from places I've visited and places I want to go (and wondering why some cities are missing).

Canaction, an international architectural festival in Kyiv, Ukraine, checked out what made its city's residents happy.  In Map Me Happy, large scale maps were installed in four different locations and volunteers collected more than 850 responses--locations and thoughts--to places that made Kyivians happy (photo at the top of this post from their website)  One of the take-aways?  "Our team realized that our Map can link people and be a place where everyone can be heard."

What does your place smell like?  It's not surprising that in London, St. James Park smells like nature, but who would have thought that around the Tower of London smells like animals?  This incredible smells map of London (and the associated data and videos) let your nose lead you around. 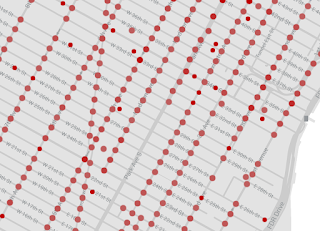 The New York Public Library has mapped thousands and thousands of historic photographs from their collection. Literally, you can click on almost any street corner in Manhattan and get views of changing New York.

Many, if not most of these maps focus on cities.  I'd love to see more examples that explore small towns and the countryside.  We're worthy of mapping too!

Radical Cartography:  innovative map thinking about everything you can imagine--and don't forget to check out Brilliant Maps, just as it says.  Happy travels from your armchair or with your suitcase in hand. 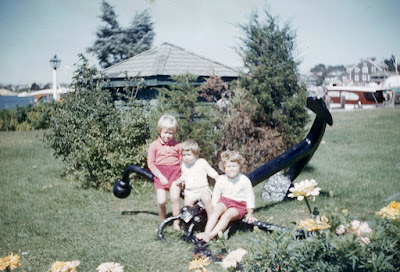 (Above: My sisters and I on an early map-driven expedition).
Posted by Linda Norris at 6:41 PM No comments: 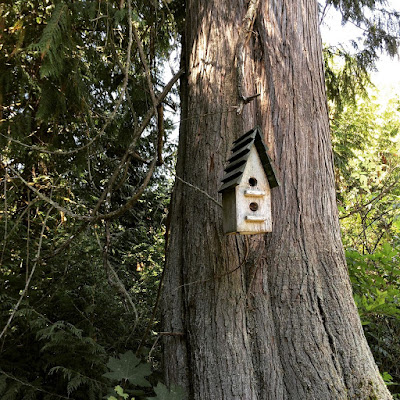 Last week, I participated in the "Let's Talk"  convening organized by the University of Washington Museology Program with support from the Institute of Museum and Library Services on Bainbridge Island, Washington.  The goal of the time,  led by Kris Morrissey and Robert Garfinkel, was to explore the what, why, and how of dialogue-based programming in museums. The twenty or so participants included colleagues from science, history, and art museums, along with graduate programs faculty, evaluators and an outlier or two like me.  Everyone was incredibly ready to dive in--to try and figure out what we're doing, what we hope to be doing, and what we hope to accomplish.

It was thrilling, in a way, to be a part of contemplating this big shift in our work and inspiring to hear from people at museums who have already made this a center of their work talk about the transformation.  But it was also sobering to realize how much work we have yet to do.  We wrestled with even defining what dialogue-based programming is.  Is it always a program?  How can we think about dialogue in exhibits?  Guided tours?  How do we define impact?  The two evaluators in the room helped all of us in keeping ways to evaluate impact and value on the table.

In small teams, we took on a number of different issues--and in our Community of Practice group we explored how to build the capacity of the field for dialogue.  One of our first steps: we tweeted out our team's first thoughts and shared this Google Doc.  Please take a look and let us know what you think.

What were my main take-aways? 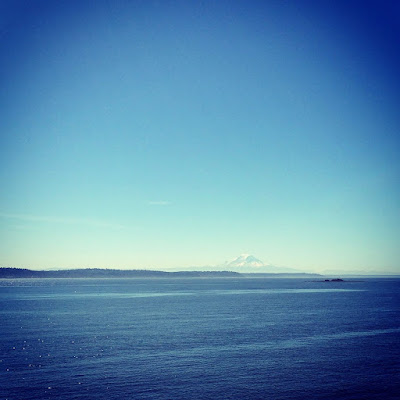