"Is John Your Brother?" or Why Stories Matter

The title of this post is a question I got at the end of a presentation to a board of directors about a new long-term exhibit.  It's not quite as strange as it seems, because this was at the historical society where I began my museum career at age 14, in the community where I grew up.  The staff and I had proposed an exhibit that really encouraged and sought out community memories framed around a 20th century topic.   The board and I laughed about some shared memories of high school traditions--and then we focused on who local history museums are for.

But there's other reasons that are more important.  Real stories really matter.   They allow us to put our lives in perspective;  to understand people different from us, but from the same place;  and when carefully sought out and engagingly told, they provide a place where everyone in your community can belong.  And a focus on community means those local stories can be the core of your work--and you might be surprised how local stories, compelling told, can connect with other people.

My family has all moved away from the place I grew up but today reminded me that those connections are life-long ones.  And yes, John is my brother and I heard a couple funny stories about him today!
Posted by Linda at 8:57 PM 4 comments:

Do You Need a Museum? A Ukrainian Alternative

Last week brought word that more than 275,000 organizations lost their non-profit status from the Internal Revenue Service.  Among that group, not surprisingly, were a number of organizations that, in name at least, were museums, including a Toaster Museum, the American Museum of Business Culture, and Blow-Up, the Inflatable Museum (do you think it's inflatable or about inflatable things?)

And then this weekend a lovely post about an alternative, put together by an inspired Ukrainian, came into my Facebook feed, thanks to an article by Kateryna Kuchar at Rukotvory,  Ukrainian Folk Art Online,  where some of the articles are now in English (many thanks, Rukotvory!).   The website featured an interview with Volodymyr Kitselyuk, described as "an ordinary enthusiast from Hutsul region, a doctor by profession and an ethnographer by vocation."   His love for his region in the mountains of western Ukraine has led him to two different projects.  First, with a colleague, he has established a website with historic photographs from the region.  He doesn't collect and store these photos.  They go out into the villages with a computer and a scanner, scan the images and collect information.  Volodymyr says:


We go from a house to a house asking for ancient photographs. As a rule, the main thing is to catch hold of something interesting, and then villagers start to send for each other or even see us to different people. We have a special formula for explaining people what we want from them. Since it is difficult to reach understanding in small mountain villages using such words as “Internet” and “scanning” and the people we deal with are often elderly women we simply say that we would like to take photos of their old photos for a museum. When people are sure we are not taking anything from them, they certainly help us with pleasure.

The website, Hutsul Images, in both English and Ukrainian, has a beautiful design with photos organized by region.  When asked if his efforts were supported by the state, he noted, "The experience shows that it’s much easier to directly communicate with people in villages than with the staffs of state bodies."   Given the complicated history of western Ukraine, it's amazing that these photos survived and wonderful that they are now shared widely.  It's also wonderful to see an initiative that's not a grand plan with many pronouncements and no support, but rather a small initiative that grows organically.

But Volodomyr has taken his enthusiasm one step further, restoring several small houses in his home village and opening them up for tourism.   At one house visitors can cook, bake, churn butter and other activities.  The second house provides more modern accommodations.  But he's not a re-enactor:  as he describes it, "It’s not my objective to completely revive ancient ways of life because it is impossible. The main thing is to let people see the difference at least a bit and to have a rest from the city."   From childhood, he's been interested in a home museum, and is collecting as well.  This informal approach is far different from the vast majority of museums in Ukraine, although it shares much with the approach of Ivan Honchar,  whose private museum is now a public one in Kyiv.   So the museum may someday have a more public component.  But perhaps not.

As I read the article I wondered about the future.  His efforts are similar to the way in which  many museums begin, from a personal passion and interest.  Would it be better if it eventually became a formal institution?  or is it better to have a passionate commitment and then, if the commitment wanes and no one steps forward,  for such an effort to decline?   What's clear however, is that the online project will have a long life and that the eco-tourism effort will provide memories, and a link to a rapidly vanishing past, for those who visit (and I hope that includes me one of these days).

I'm sure many of those museums on the IRS list began with the same enthusiasm--for everything from railroads, fire engines, katydids, surfing and the unexplained (one actually was the Museum of the Unexplained).   But something inevitably happens along the way.  So if you're sitting at home contemplating starting a museum in the United States--be sure you check out this great publication from the Museum Association of New York, What Comes First: Your Guide to Building a Strong, Sustainable Museum or Historical Organization (With Real Life Advice from Folks Who’ve Done It).    Consider whether your work is best done within a museum setting or in an individual way--does it need an institution to be meaningful or can a passionate individual or "tribe" commitment be enough?  It seems that both passion and planning are both needed to make a project long-lived.

Finally, a Facebook page for the Uncataloged Museum.   It'll feature links to regular blog posts, tweets, and even more.   I'm continually taking photos of great museum ideas put into practice (and a few bad ones as well) and I'll be putting albums up.  I hope you'll also use it as a place to share your own ideas, thoughts and more.
Posted by Linda at 8:07 AM 1 comment: 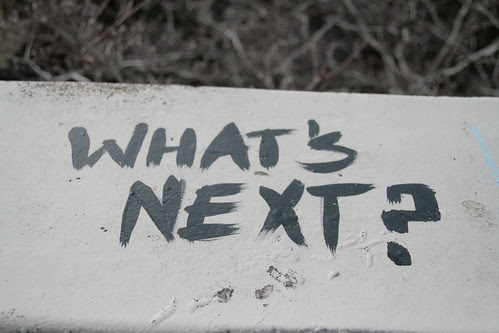 Not long ago, a colleague told me she had spoken at a graduate museum studies program and was astonished at how many students envisioned their future as a consultant, rather than working in an institution.  That's a big change from my own graduate school career where we imagined being directors, curators and an educator or two.   I never quite imagined the path that my career has taken,  and this summer, I'm taking the opportunity to join with several other colleagues in a consideration of what's next.

The idea for a consultants' retreat came about from a conversation where I was asked, in an overall conversation about strategic planning, if I had a plan myself.  I laughed, and despite extensive work on strategic and interpretive planning, sheepishly said no.  And then I called four other museum consultants in New York State whose work I value and admire--and guess what--none of them had a plan either.   So we decided to have a little mini-retreat where we all brought our concerns, hopes and ideas to the table to get feedback and assistance from the rest of the group.

We're still working out how our time together will work. We'll do some sort of career review--both the short-term and the long term (as one participant said, "I'm big on overarching narratives).   We'll think about the work we liked best and the work we liked least--and how to generate more of the former and less of the latter.  We'll talk about if and when collaborative consulting works, and how our various frameworks for both organizing and promoting our work serve us.  We may even come out with some frameworks for individual plans.  And I'm sure that we'll have a great time reflecting, talking and laughing over food and drink.

But I want to hear from blog readers out there.  If you're a consultant, what do you wish you had time to think about?  If you want to work as a consultant, why and what do you imagine your career will be like?  And for all of you, what's the next act in your museum life?
Posted by Linda at 10:49 PM 7 comments: