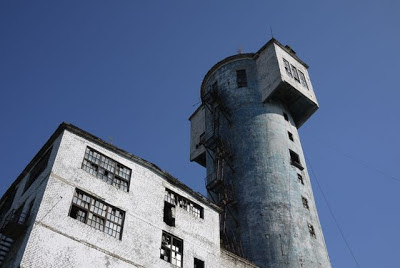 It seems hard to believe that spring was just arriving in In late April, when my Hungarian friend and colleague Gyorgyi Nemeth and I spent just over a week in Donetsk, Ukraine, under the auspices of a Cultural Manager Residency with Eko-Art, a local NGO.  Now, as full summer has arrived here in the Catskills, I've finally found some time to share our thoughts on the visit.

Our goal was to learn as much as we could about the industrial heritage of the city, to share some ideas about how it might be presented, and to meet with as many interested people as possible.  You can read more about our experiences in previous blog posts (here and here) but we wanted to share widely our observations about potential opportunities and next steps.  This post will focus on the more intangible aspects of heritage and possible presentations; a following post by Gyorgyi will focus on the built environment.

What's Happening Now
The industrial heritage of Donetsk is amazing—pure and simple.  It represents a substantial opportunity for a Ukrainian city to take on aspects of history that currently do not receive much focus in other cities.  There are a number of  individuals and organizations working to preserve and share the history and heritage of industrialization in different ways: 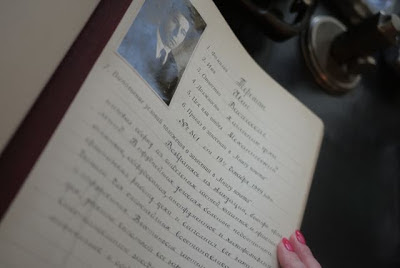 When we began working with students at the Lyceum, several people doubted that those particular students, headed towards university, would have any direct connections to mining or metallurgy.  But they did—every one had a family member or neighbor who had worked in the mines.  This reinforced to us that industrial history is everyone’s history in Donetsk.   In the student projects, they shared photographs, memories, archival materials and objects that together, can help to create a nuanced, multi-faceted understanding of the community’s past and help to inspire conversation about the future. 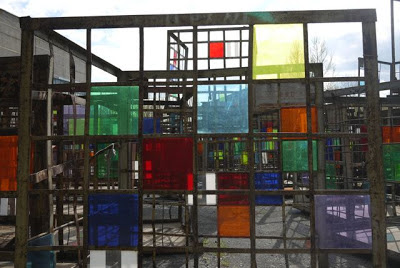 So What’s Next?
The opportunities are limitless and we hope that organizations work together to increase an understanding.  Gyorgyi will talk in a later post about what can be done to preserve the built industrial heritage, but here are just a few suggestions to begin preserving and sharing the city’s history .
And finally, citizens of Donetsk, embrace your industrial history the same way you embrace your football team!
Posted by Linda at 8:29 PM