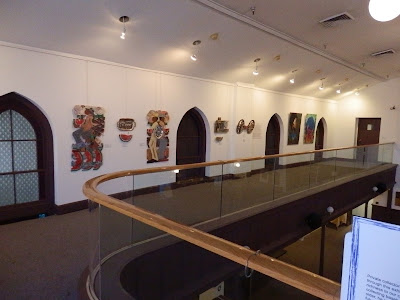 Today's post is from another of my mentees this year, Shakia Gullette.  Here, she shares her experiences in the work of rebuilding her museum's community connections.

Over the last two years, my museum,  the Banneker- Douglass Museum,  located in the heart of Annapolis, Maryland, has made great strides in creating an atmosphere that reconnects the museum with the community in which we serve. Unlike most museums, we share a unique bond to a local grassroots movement that united a group of dedicated individuals who fought tirelessly to save our current location from demolition.Together the groups underwent petitions, picket lines, and court battles in order to save the historic building. In Annapolis and its surrounding areas, it was common to see the “Save Mount Moriah” t-shirts, bumper stickers, and posters produced by this mighty collation who demonstrated their dedication to the cause through unity in numbers. During the early years of the museum, community members continued to show support by hosting bake sales, meetings of support and essentially made the museum the nucleus for operations.

In this post I’ll talk about the first two steps that were taken by my museum in hopes that we can inspire a conversation on what it takes to engage the community in which our museums represent. Community engagement is an art that I have learned takes a great deal of finesse and compromise to achieve the ultimate goal—not just establishing trust or in our case regaining it. 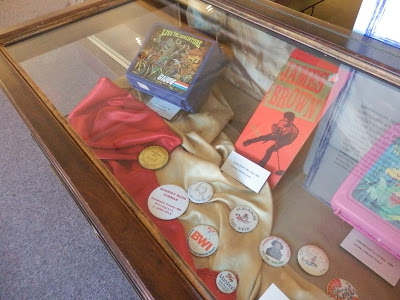 Step One- Test the waters

When it comes to planning programs and exhibitions, sometimes our organizations go with what works and don’t necessarily respond to the needs of the community. I know, some of you have a board to answer to and that sometimes hinders us. What I’ve found helpful is to put out a call for participation to see if there is any interest in your topic. Typically, the call goes out through word of mouth, email blast, or in some cases through the members of your board. Your call for participation should be very clear and concise. Your mission statement might be your starting point in a call for objects for a temporary exhibition. For example, my museum is the state of Maryland’s official repository of African American history and culture, my guidelines will always be 1.) something which highlights African American Marylanders and 2.) whether or not he/she is or was a Maryland state resident. Testing the waters also lets the community know that you value their opinions and welcome their participation.

For some of us, step two is very similar to the process of selecting a piece of art for a juried art show. A juried art show involves a panel of judges who select a piece of art to be showcased in an exhibit based on an their application entry. Step two was an important step for me because this was my first opportunity to meet an interested community member. The initial meeting is crucial as it sets the stage for the beginning of a potential lending relationship. Here, I always try to assure the person that I am grateful for their participation and that I respect their object and its significance to the topic. For example, when we put together a community art show, we not only invited artists but we also solicited the participation of collectors. One of our community collectors collected an array of different objects including vintage lunch boxes, baseball cards, dolls, books and a lot of cool items. This participant was an older woman and I made the trip to her house to see the objects that she wanted to display. I was very interested in the lunch boxes, as those were the first things that she showed me. I guess she figured if I was willing to accept the lunch boxes into the show she would be able to trust me with a different set of objects that she felt comfortable with. To my surprise, a few days later she called me and described to me two first edition Readers Digest magazines which showcased the beginning of Alex Hayley’s epic novel Roots: The Saga of An American Family. If I hadn’t shown all of her items respect, there was a possibility that she would have never felt comfortable enough to mention that she was sitting on a gold mine! In the end it worked out for us and for our community lender. We were able to reconnect the legacy of Alex Hayley and Kunte Kinte with the city of Annapolis and for those newcomers our community lender’s objects started a new conversation. 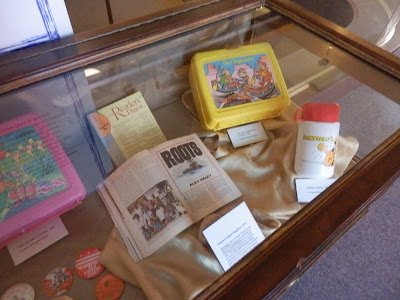 These two steps were just the tip of the iceberg for a process that will take time to finalize. As I reflect on these two steps I would like to hear from you. What steps have you taken to engage your community in either exhibitions or programs at your institution? What were some of your pitfalls? Lets talk about it and see how our experiences can help one another.
Posted by Linda Norris at 1:45 PM