Lost Neighbourhoods: Can Oral History be the Center of an Exhibit? 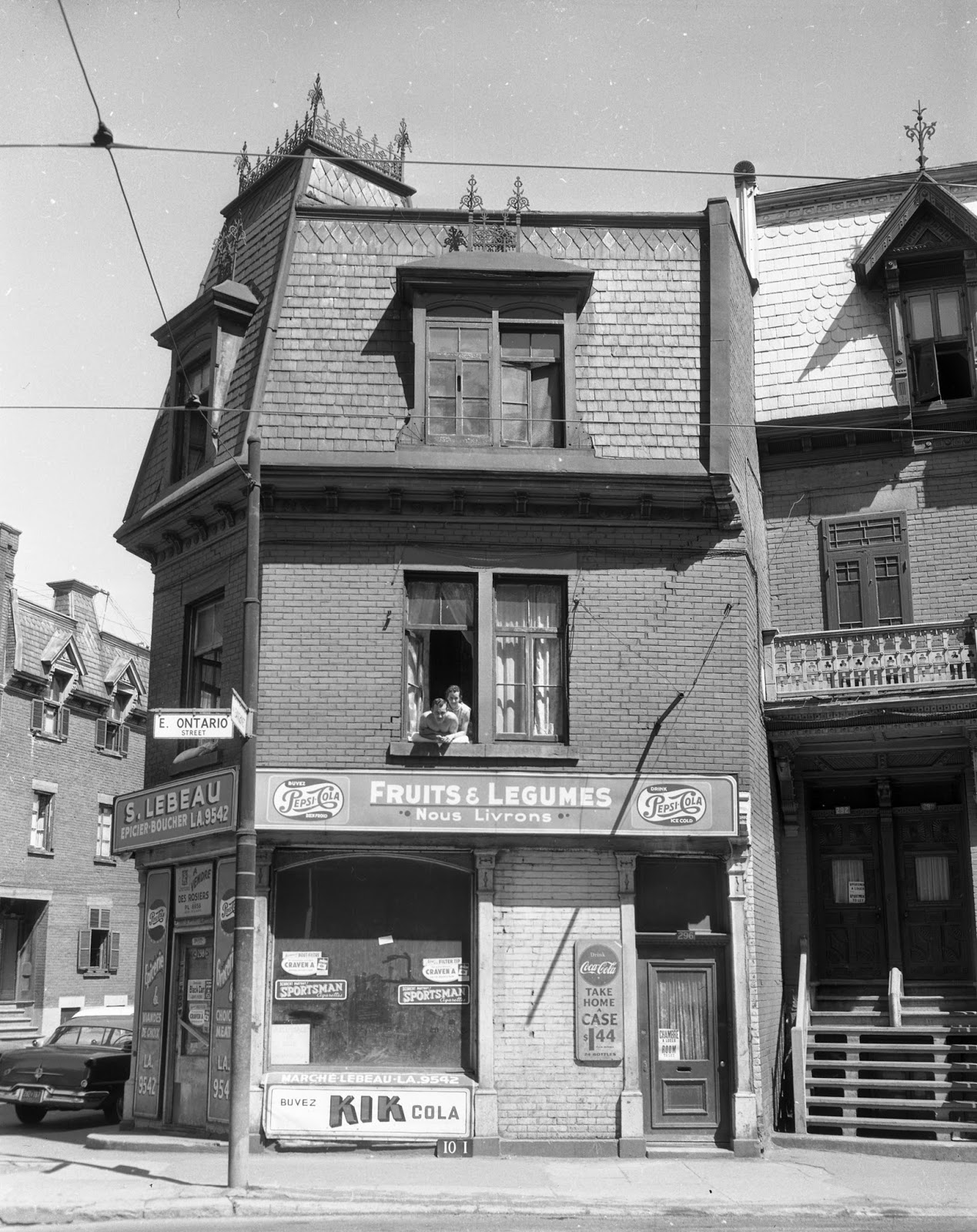 Catherine Charlebois, from the Centre d'histoire de Montreal (Montreal's History Center) is one of my mentees for 2014. Her first blog post shares the background of an exhibit project that ended up transforming both the work of the museum and of her own professional practice. It's a great example of how uncertainty is an integral part of any creative process. This is part one of two, so stay tuned for the follow-up.

In June 2011, the Centre d’histoire de Montréal (Montreal’s History Center) launched its new temporary exhibition: Lost Neighbourhoods. The idea: bring back to life three working-class neighbourhoods and explain their disappearance. The objective: have the individuals who went through the events tell the story. The result: A new museum approach where oral histories are the primary sources and videotaped interviews, the main artifacts. For the first time, former residents who were uprooted had a public voice and told their stories, while planners active during the events and present-day experts explained the issues of the period and evaluated their legacy.

I think it is important that I share the institution’s history to understand why it became so important for the CHM to create a major oral history-based exhibition.

The Centre d’histoire de Montréal, created in 1983, is a city-operated museum located in a former fire station, a unique heritage site. It drew inspiration from the ideas behind US National Park Service orientation centers. It was simply a place where visitors could get a brief overview of the history of the city through one permanent exhibition. Over the years, the Centre accumulated the other activities traditional to museums: temporary exhibitions, programs and collections. 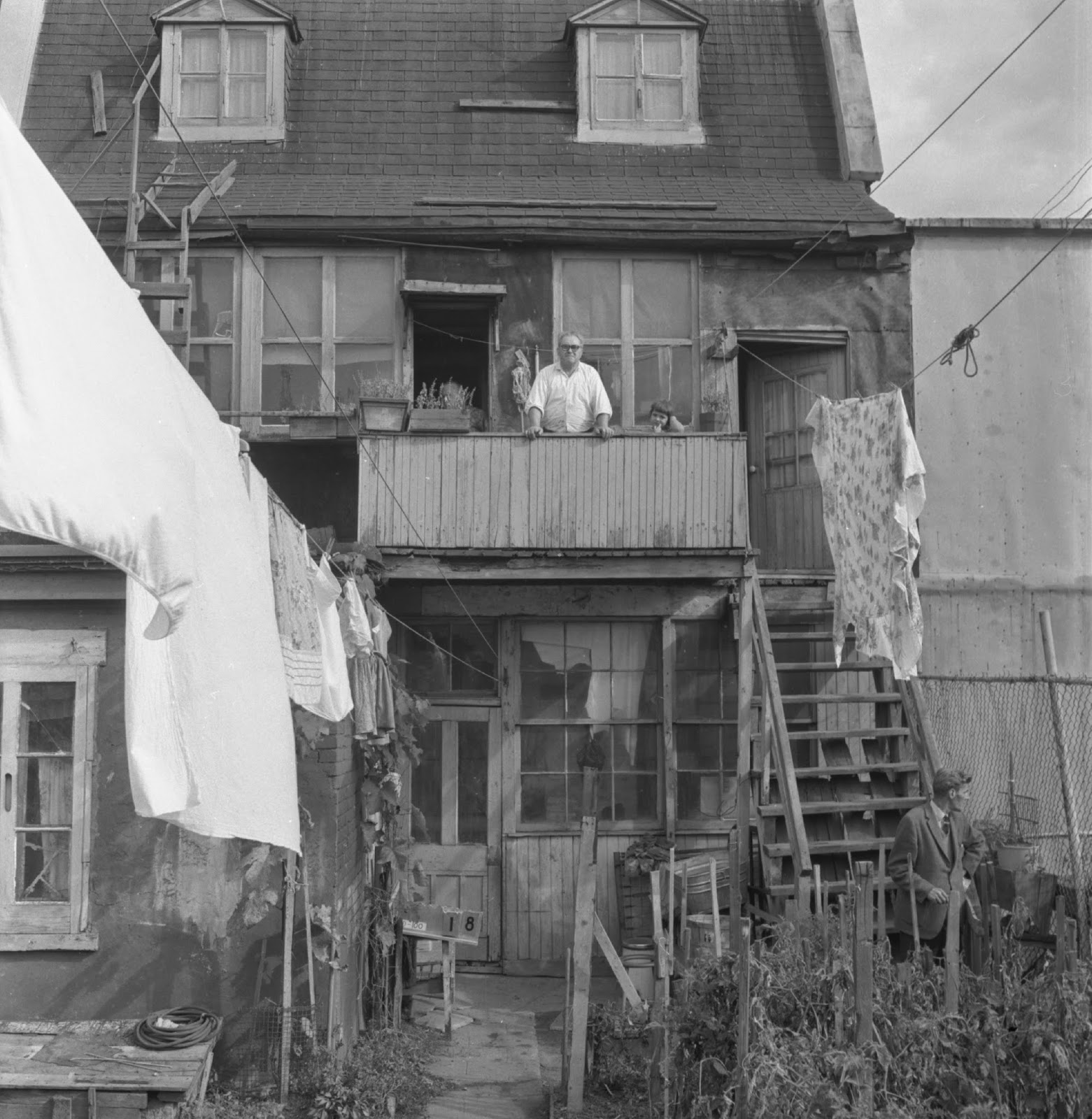 By the early years of 2000, the Center got more and more interested in finding ways to include the many « voices » of its citizens in its interpretation activities, especially those under-represented in the more official storyline, such as the underprivileged and ethnic communities. We became interested in documenting groups that are also usually totally absent or under-represented in more traditional museums' collections and interpretation. The staff discovered and rapidly adopted the collection of memories and personal commentaries of historical significance. Montrealers sharing their memories through recorded interviews helped to create exhibitions and educational programming that would really feature their presence in the city’s history. In brief, oral history had officially made its entrance at the Centre d’histoire de Montreal and would become, over the years, an important part of its organizational identity.

The seeds of change...

After experimenting, developing and creating different oral history projects and programs for almost 10 years, the CHM decided, in 2009, that it was time to think seriously about doing a major exhibition in which the voices and memories of Montrealers would play a central part.

The Lost Neighbourhoods exhibition project was born with the discovery of a collection in the City Archives of more than 6400 photographs of buildings slated for demolition in older working-class neighbourhoods surrounding downtown Montreal in the 1950s and 1960s. Like other North American cities during the 1950s up to the 1970s, Montreal was transformed by major urban renewal projects. A modern city emerged, but only through the expropriation and displacement of more than 25,000 people from older inner-city neighbourhoods. The demolition of the three neighbourhoods presented in the exhibition, the Red Light district, the Fauboug à m’lasse (Molasse Borough) and Goose Village, resulted in the displacement of more than 12,000 people.

The City undertook the daunting task of systematically numbering and photographing the exterior facades (and sometimes interior rooms) of the thousands of residences condemned for demolition. It is believed that these photographic archives were created to facilitate the appraisal of building value in order to compensate owners. With basic information on the building and images in hand, the city’s real estate appraisers could simply do their job at their desk without having to pace up and down streets and back alleys.

In the presence of this extraordinary visual account of vanished neighbourhoods and with all the experience we had acquired with oral history it became clear to us that it was the perfect project to combine both: An history museum exhibition based on a corpus of historical photographs mixed with personal testimonies of people who had lived in these neighbourhoods and gone through the displacement process.

Aiming toward another type of exhibition...

We were pumped, excited and deeply motivated by this idea. We knew somehow that it would work, that it would propel us toward something different. But, to be completely honest, we had no idea about how to do it exactly or what would be the end result. But we knew somehow, that to fully embrace this new way of doing an history exhibition in an history museum we had to let go some of our old habits and beliefs and embrace new methods--get even more creative.

On the other hand, the CHM’s agenda for this project was very clear from the start :

These were the initial goals and moreover they acted as guidelines to develop the project since we did not have models to rely on or similar previous exhibition experience of that kind and of that scale. They were not written down but came over and over in our conversations, meetings and official presentations of the project. Despite the lack of written "plans" these goals did not undergo revision throughout the process. They were clearly stated and understood, they were the official institutional positions and oriented the project from day one.

Using Oral History to Tell the Human Side of the Story
With these goals in mind plus the objective to bring back to life these three working-class neighbourhoods we knew we could not do things only in a traditional way. We had to venture ourselves toward other fields and techniques. On one hand, we of course had to include field research, finding and collecting testimonies. On the other, we had to think on how to include this type of information and media in an exhibition that would be really engaging and entertaining to the audience.

We put in parallel motion traditional documentary research done in preparation to any exhibition project and an oral history collecting campaign. For nine months, the field team interviewed former residents and also City of Montreal officials and other actors involved in the demolitions. We also interviewed professionals and researchers who could give us an appreciation and a better comprehension of what happened at the time.

Ten binders of research materials, 43 filmed interviews involving 55 participants and more than 75 hours of interview footage later we had to make sense of all of this. We still had the challenge to materialize this wild idea of creating an orally-based history museum exhibition. The ultimate objective being that the interviews, the oral history aspect of the project, would be the basis for the historical interpretation of the events and not the artifacts or the archival documents. From day one, people’s voices would be the center of this story.

But the question was still how? How could we establish a clear, efficient and engaging dialogue between the design of exhibition spaces, the more traditional historical documents, including the vast collection of photographs, and the taped interviews which we wanted at the center?

Of course we knew that the use of oral history in exhibitions was not a new idea. But in general, these personal accounts usually constitute one among several illustrative techniques to facilitate visitors’ understanding of the theme. They also usually are not the principal source of documentation and interpretation within a history museum exhibition and nor are they fully integrated into the design. We wanted to change that. We wanted to go further, go beyond the small television in the corner or the cinema-type room where you happened to go only if you have time... In Lost Neighbourhoods we wanted to place personal testimonies at the centre of the exhibition. But still, how do you do that? Stay tuned for Part 2 to find out how the exhibit was created. 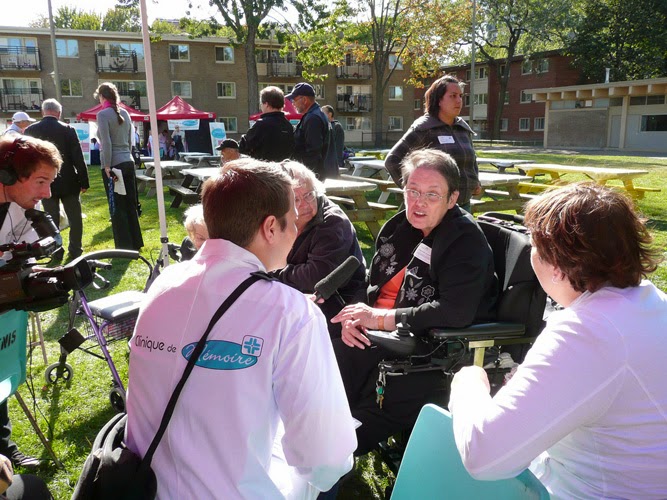 This is interesting. I love to visit a place like this. hope those who aren't aware with this place especially those art fanatics can learn and go here. There's actually a mobile app that acts like an art guide where it tells me where a specific painting or any art can be found. I hope there is also an app that shows tourist spots of different countries. Oh, btw, for those curious, the name of the art guide app is ArtGuru.