Learning While Leaving: Unexpected Lessons on the Way Out the Door 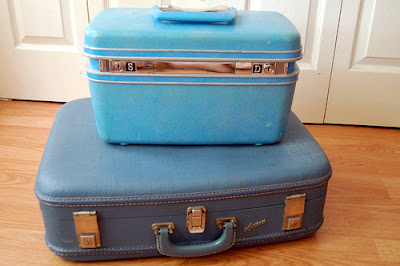 Late last year I invited readers to become writers--to consider writing as a guest blogger here at the Uncataloged Museum.  I was thrilled to have several people take me up on that offer--and very excited to share this post from Leslie Kesler (read more about her at the end of the post).  In this and upcoming posts Leslie provides food for thought from an important vantage point that's facing many colleagues these days.  Thanks Leslie!

On December 1, I learned that my job, historian and curator at a local history museum and historic house, was being eliminated. Like many other non-profit organizations, our museum had experienced a pattern of revenues lagging behind expenses. Faced with an unsustainable trend and a duty to ensure long-term survival, trustees determined the time had come to make deep cuts, cuts that would include eliminating more than half of staff positions.

It is hardly a unique story. I have several museum colleagues who've been through a variation on this scenario and you probably do, too. Stories others had shared, including at sites like Blue Avocado, were both helpful and comforting as I navigated through shock, grief, and confusion.

At my museum, the decision had been made to implement layoffs with a month's notice, a choice for which I am sincerely thankful. Everyone responds differently, but for me it was therapeutic to be part of wrapping up my projects. I felt that I was a still a trusted (albeit short-term) member of the team, and that what I did would make a difference, two things gave me a much-needed short term focus.

Surprisingly, wrapping things up turned out to be a learning experience. Closing down my job gave me more insight into my strengths and weaknesses than any formal performance review I've ever had. It illuminated some of the unconscious choices I'd made in doing my job and showed me their ramifications. More than once, I found myself making mental notes for the future. “Okay,” I'd mutter to myself, standing in the chaos of a half-packed office, “Next time, please remember . . . “

To set and stick to priorities, ruthlessly
I'd been trying to do too much and part of me knew it. But it was easy to get caught up in the moment and convince myself that everything was critical, or that taking on just this one more little thing really would make a difference. It was easy, that is, until I had only a few finite weeks of time left to spend. Then it was very clear to me which tasks were the best use of my time and which ones I should drop, without second-guessing or guilt. I began to wonder how I could train myself to maintain that kind of decisive focus over the long haul.

To cultivate better digital housekeeping habits
My system works great . . . for me. But my desire to hand projects off quickly, in apple pie order, was quickly foiled by the need to cull hundreds of old e-mails about daily project minutia, purge outdated drafts of documents, and rename folders whose contents had strayed far from their original label. I talk a good game about keeping orderly records that any team member can step in and use in an emergency. But I wasn't living up to that ideal, at least in the digital realm.

To always prioritize work on critical documents
Here's one place we got to pat ourselves on the back. I lost track of the number of briefing notes I wrote that included “consult the recently-updated collections policy for details.” I marveled at how quickly our team regrouped and set priorities, something I attribute partly to time invested in disaster planning. No, we didn't have a plan for major staff layoffs. But we did have practice at thinking through scenarios of sudden change, identifying likely impacts, and making decisions about how to mitigate them. I'm convinced it made a difference.

The true potential of the work blitz
Once we had a plan, our collections team set to work on the top priorities. Some of the things we tackled had long been on our “someday we ought to . . .” list. Without the prospect of a future someday in which to do things perfectly, we forged ahead with the best imperfect solutions we could devise. In the end, we accomplished an amazing amount, including fixing some inherited situations that we'd worked around for years. Just about every place I've ever worked has declared occasional “work days” when everyone puts aside daily tasks for an all-out effort of some sort, usually focused around cleaning. What if we declared a different kind of blitz? What if the question was what can we do together in one day, or one week, to address our top priority issues now?

The hidden costs of feeling overwhelmed
A funny thing happened on the path to my last day. I kept thinking of things that I wanted to do, or try, or read, in January. So many things, in fact, that I had to start an actual list. Quite a few were related to skills I used in my job. Many were things I'd already considered, despaired of shoe-horning into my schedule, and started feeling vaguely guilty and defensive about not managing to accomplish. Now, all of a sudden, they sounded like fun again. Suddenly and viscerally, I understood that my pattern of trying to do too much hadn't just dulled my efficiency. It had also taken the edge off my zest for experimenting and learning new things, potentially depriving me of both joy and some useful new skills.

Two weeks post-job, I'm still not sure precisely where I'm headed next. Someday, I hope to again have a job very much like the one I just left. It's what I love to do, and I'm good at it. I'll be even better next time, if I can hang onto the lessons I learned on the way out the door.

What about you? What have you learned from unexpected twists in your career? 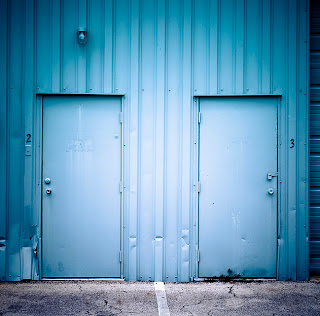 In her twenty years as a public historian, Leslie Kesler has worked variously as a frontline interpreter, education manager, curator, and staff historian for museums in the southeastern U.S. Most recently, she was historian and curator at a local history museum and historic house in the North Carolina town where she grew up. In addition to history and museums, she enjoys running, baking, and books, with a particular fondness for mystery novels.

Thanks for your thoughtful comments, Leslie. A couple hit close to home for me. I know I often get lost in the important but not always urgent. I need to declare a work day to get files and procedures in order.
(Full disclosure - we went to college together and are conference roommates)

As always superbly thoughtful and written with deft insight, Leslie. Position creep seems to happen for many when we get to thinking, "Oh, I can do one more thing." Before you know it, you are putting in 80 hours a week just to keep up. Position creep happens, but it can almost always be managed and sometimes used to shape a job into a career. It's hard to know what you think you can add will become job-cancer or a stroke of genius, but it sure seems like more of what we add is not all that productive rather than helpful. This is a great reminder.

Full disclosure: Leslie and I are former jurists on the AASLH Awards Committee.

This is very well done. Thank you for sharing! I clearly see some of the same lessons needing to be learned in my organization, specifically digital housekeeping habits and work on critical documents. I appreciate your willingness to share and give us all reason to reevaluate what we prioritize this year.

Thanks everyone for your comments (and for those full disclosures!) I agree, I think Leslie shared some really important lessons, no matter where you are in a career. I wish there were more opportunities for museum people to take sabbaticals (not the enforced layoff kind) to sort of rechange and rethink in this thoughtful way.

Thanks for the comments, all. I'm not surprised that the digital housekeeping issue struck a chord. I think the gradual nature of the shift from primarily paper files (or at least hard copies of all critical documents) to largely digital presents a challenge for discerning when it's time to make a major change in habits. Or at least it did for me.

And I think David has hit the nail on the head about how hard it is to discern which new activities will turn out to be transformative and which ones will simply become part of a pattern of distraction and overcommitment.

Great insights, Leslie! I, too, was recently laid off and although it was initially scary, I used the time to reflect on my career and life (I've been working fulltime since high school) and identify what matters to me. The time between jobs can seem like a dead zone, but it can be really rejuvenating and productive. I didn't realize how much stress I was carrying at my job until I was no longer employed (what? museum jobs stressful??). Today I feel much happier and healthier, although it took some time to get there.