Behind the Curtain: What's Driving the Latest Change in Ukrainian Museums? 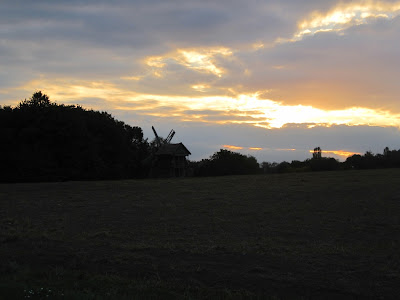 Transparency and change:  two things I care deeply about in my work with museums. Last week, thse two concepts connected in unexpected ways.  Early last week I facilitated StEPs training for a group of Connecticut history museums for the Connecticut Humanities Council and the Connecticut League of Historical Organizations.  Then, late last week, and continuing this week,  there is the news from Ukraine that the directors of several national museums have been summarily relieved of their duties by the Ministry of Culture and replaced by new directors, none of whom have museum experience.  Removed have been the directors of Kyiv-Pechersk Lavra, St. Sophia's (both UNESCO World Heritage Sites)  the Taras Shevchenko Museum,  the National Gallery of Art, and Pyrohiv, the National Museum of Folk Architecture and Life--even more removals are rumored.  These are all government museums, but in American terms, picture the removal of the directors of the Smithsonian, the National Gallery of Art, and Colonial Williamsburg, all at once, with no real explanation.

In the United States, transparency in the age of the Internet has become easier in every way--and the government assists, to some degree, in the process of creating transparent organizations.  If I want to know about any non-profit in the United States,  I can look up their 990 tax filing on Guidestar.  I can see how their money came in, how it came out,  how much they have in cash reserves, how much their director is paid, and who their board members are.  Our national museums, the Smithsonian, releases its budget information and journalists regularly cover museum issues ranging from deaccessions to fundraising.   Our small group in Connecticut talked about the reasons why such transparency is important--and I emphasized the fact that, whether a museum takes grant support or not,  the public still supports you--that we operate in the public trust, by virtue of a museum's tax-exempt status.   That's a lesson worth remembering no matter how big or small your organization is. 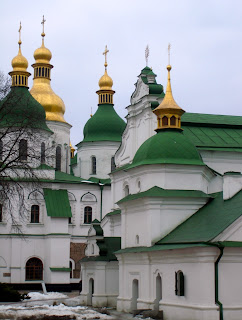 There is no such pattern of transparency in Ukraine.   Unfortunately, Ukraine continues to rank high on the list of Transparency International's Corruption Perception Index and these removals do nothing to dispel concerns that these changes are meant to benefit individuals.  The reasons given for the firings are sketchy.  Some directors have been accused of financial irregularities,  and at other institutions the need for "change" has been promoted--that museums need to find new ways of doing business.  And of course, that all these dismissals have happened at once speaks to a larger goal, one that is not visible to the public.

So what about that change?

I'm in full agreement that many museums in Ukraine need changing.  And in fact,  I headed a team that did an evaluation of one of the above museums in 2010, recommending significant changes.  I've seen positive changes in a number of museums each time I return and do everything I can to encourage new ways of thinking.  But, and it's a big but,  it's entirely unclear, because the process has been sudden, outwardly capricious, and without clear rationales or outcomes,  that any change will be for the better.  There has been some talk of monetizing collections--selling off the nation's cultural heritage in order to pay debts.   These museums occupy some very valuable real estate in Kyiv--it's entirely possible that inappropriate development will be allowed to take place.   There have been reports of conversations between the Ministry of Culture and a Canadian firm who promises a systematic way to catalog and monetize collections (but who appears to have no museum clients). On January 31,  the Minister of Culture will hold a press briefing where, one suspects, more answers will not be forthcoming.

Part of the discussion among museum colleagues in Ukraine has been that these new directors have no museum experience. Ukraine is still a place where experts are highly valued.  The track record of directors without museum experience here in the United States is mixed, but there have been successes.  It's possible that a new director with a willingness to listen and to learn could create positive changes.  But without a clear explanation of why the changes were made and without a commitment to a transparent process in every area of museum operations,  I find fear t that the changes will be for the financial benefit of a few, rather than for the benefit of the nation's citizens. New Ukrainian museum directors, please prove me wrong!

A particular thank you to the Ukrainian Center for Museum Development for their work in covering these developments at an extremely challenging time.  Keep up the great work!

Updates: The story of Ukrainian museums continues to develop in complicated and not entirely unsurprising ways.  The Minister of Culture held a press conference earlier this week in which he didn't do much to clarify things, except in several areas.  He said that the collections would not be monetized, would not be used to pay debts or as collateral.  Museum colleagues will, I'm sure, continue to be vigilant about this. Evidently the director of the National Art Museum has not been released and at least two of the directors have done interviews or made efforts to be slightly more transparent.  The new director at Pyrohiv,  Dmitry Zaruba,  has invited journalists to visit the museum and has said that all museum employees will be wearing name tags (small progress, but progress!).   The new director of the Shevchenko Museum, Dmitry Stus,  the son of poet Vasyl Stus, who died in the gulag at Perm-36 (now a museum) gave an interview where he sets out several thoughtful goals for the museum and appears to be listening to staff, even saying, after three days,  he is not ready to decide who is right.

But all that said, it's still unclear about the why for these changes and about how the new directors will be accountable moving forward.  Because of course, problems have existed in these museums for decades, with little or no attention from the Ministry of Culture. 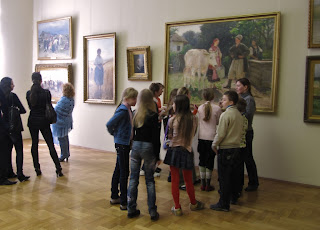 Thank you
Your blog is very informative.
math assignment help

"more answers will not be forthcoming"

Yes, that pretty much sums it up.
-M