How Do You Make a Site of Conscience?

A week or so ago, the memory site, 23.5 of the Hrant Dink Foundation opened to the public in Istanbul, Turkey. I've had the opportunity to visit this site twice, once a year ago, and once in late March of this year, and I wanted to share the site and their development process in the hopes it might be useful to anyone thinking about opening any kind of historic site--not just a site of conscience.

To begin--who was Hrant Dink?  He was a prominent Turkish-Armenian journalist, persecuted several times for his beliefs, and assassinated in 2007 on the steps of the office of the newspaper he edited, Agos.  It is these offices that are now 23.5,  the site of memory.  Why 23.5?  April 23rd is Children's Day in Turkey and many places around the world.  April 24 is the day in 1915 when the Turkish government began rounding up and disappeared--the start of the Armenian genocide.  So this public site straddles both the joy of children and the pain of genocide--with the hope of reconciliation.

A year ago when I visited the site, it still felt like an office.  Big notebooks of the ongoing assassination case files lined one wall, and Dink's office itself looked as he left it.  Nayat Karaköse and the team from the Hrant Dink Foundation sat and talked with us about the plans for the site.  There was a big story to tell, in a relatively small space.  How would it work? 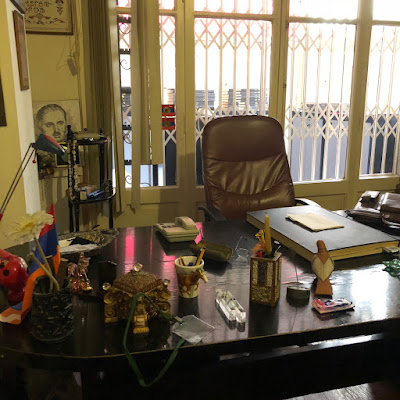 First, there were a series of community consultations, asking the questions. In the memory site, what do you want to see? what do you want to discover? what issues are to be emphasized? what are the deficiencies that you expect to be corrected? what kind of educational and visitor programs do you wish to see? what are the themes and approaches you would never want to see?  Participating in these were artists, sociologists, communication specialists, curators, Agos newspaper employees, members of the Dink family, representatives of various civil society organizations, academics and students.

Nayat had visited dozens of Sites of Conscience around the world.  It might not be possible for you to visit all these places, but the Foundation's report is exceptionally useful (and free to download!).  These visits helped solidify what this memory site would be, in part by identifying some key characteristics of meaningful sites. The most compelling sites:
When I came back this spring, as the team worked madly to get the space partly ready to share with those of us who were there for the conference Memory Sites, Memory Paths: Towards Another Future which brought together experts from memory sites and academia to share their work.  On that visit, I could see the ideas come to life--and to see how, as it often is, developing strong interpretation is often a process of pruning away ideas, until the strong branches of the concept come into view.  Now, a visitor is encouraged to reflect;  they meet Hrant Dink as not just a heroic figure, but as a human, struggling with ideas and the world. Visitors see the impact his work and life had--and ponder how they can have an impact as well.

Any historic site must wrestle with many of these same questions and ideas.  The answers you find will be different--but the asking of questions, rather than a certainty, must be an integral part of the process.

When we visited this year, it was just days before this year's election for the mayor of Istanbul mayor.  Giant election posters from the ruling party could be seen everywhere.  The results of that election--the victory of reformer Ekrem İmamoğlu were overturned and a second election was just held in June. The result: an even bigger victory margin for İmamoğlu and a hopeful sense of possibility away from a government that has imprisoned thousands for their beliefs.  Human rights are still endangered in Turkey, as they are in many places around the world, but the opening of this site, like so many other Sites of Conscience, is cause for optimism.  As Hrant Dink wrote,


"Perceptions on both sides can only change in an environment of contact and dialogue. Therefore, ‘solving history’ is not actually a real concept, or a problem. There is nothing to be solved about history anyway… There is only a part of it that has to be understood. And understanding necessitates a process of learning, enlightenment and comprehension, spread out over time."

My best wishes and great admiration to the entire team of this project! 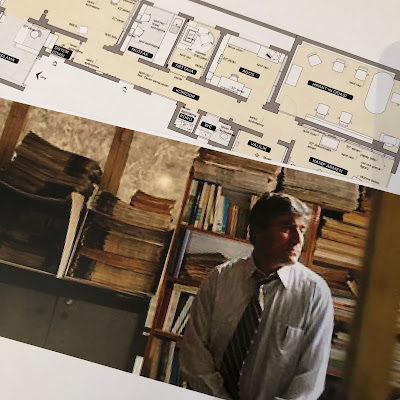