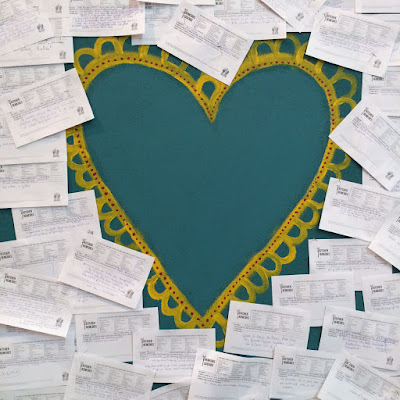 While in DC, like many other AAM participants, I got a chance to visit CrossLines, a two-day exhibition in the Arts and Industries Building at the Smithsonian, developed by the Asia Pacific American Center there. It was described as a Culture Lab on intersectionality (which doesn't quite have the lure of other Smithsonian attractions like rockets and ruby slippers.). Artists from around the country working in an immense variety of mediums and ways of getting us to ponder our connected--and disconnected-ness, gathered together for a two-day exhibition. 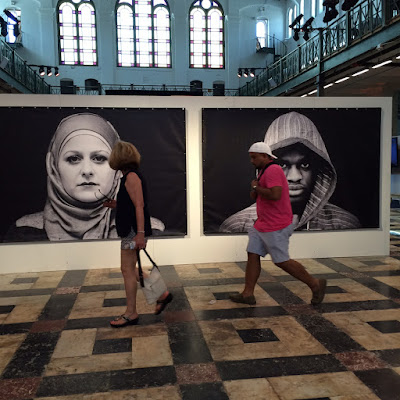 There was much, much to look at, think about and talk about... but two big museum-person lessons stood out for me, that can be useful to all organizations, large and small. 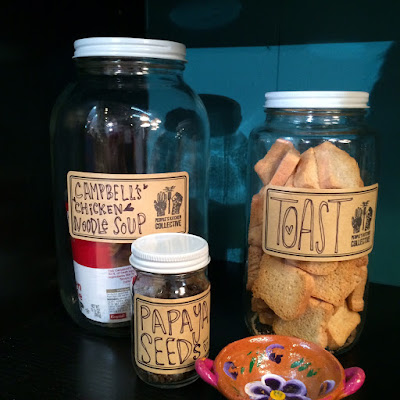 First, risk and experimentation. The Smithsonian is big, big! And somehow the folks at the Asia Pacific Center persuaded the powers-that-be to take a risk on a project that had a relatively quick turnaround, involved loads of collaborators, in an iconic building, and had challenging content. Amazing. So those of you who work in institutions where someone say that you're either too big or too small to experiment? Use this as a convincing argument. What will audiences think? I can hardly imagine a more general audience that folks on the Washington Mall on Memorial Day weekend. Audiences are always up for more than they we think they are. 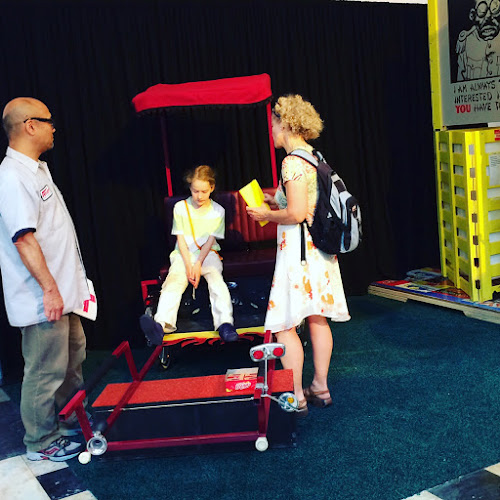 Second, generosity. In museums, we expect that people have certain knowledge when they come in, or that it's important for them to get what we want to say. Many, if not most museums are still using a megaphone model for visitor engagement. We think it's generous to share our hard-won knowledge with visitors, It's really not. Reserving the privilege of knowledge and perspective to you, the museum, rather than the visitors is an act of hoarding, not generosity. 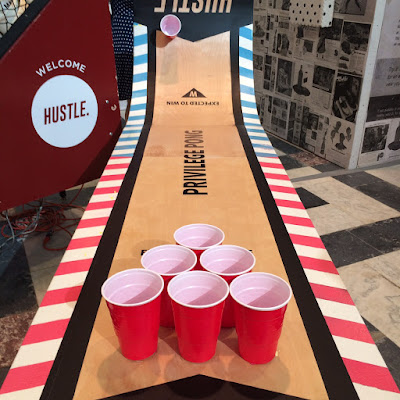 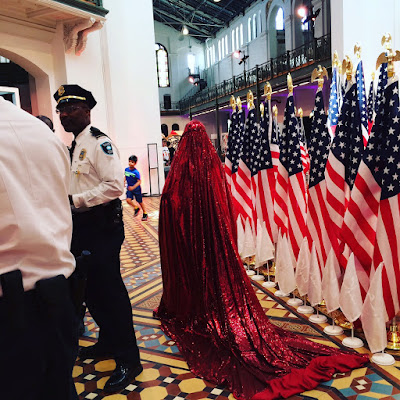 Thanks, CrossLines staff and artists for such an inspiring experience that I'll long remember. Did you visit? Please share your thoughts.

Posted with Blogsy
Posted by Linda Norris at 11:10 AM

Maybe it's because it is still rather early here on the west coast, but I'm having trouble understanding your point here: "...We think it's generous sharing our hard-won knowledge with the visitors. It's really not. It's reserving he privilege of knowledge and perspective to you, the museum, rather than the visitors."

When you have a chance, please illuminate! Sorry to be so dense--I always enjoy your blog and don't want to miss anything, as i fear I am!

Ginny--I wrote this post in a jet-lagged fog, and on an ipad :) Let me go back and try and clarify!