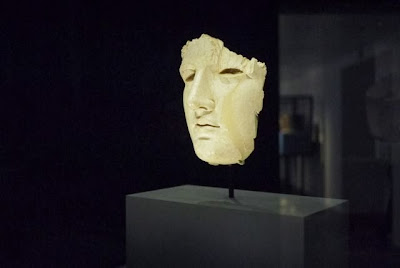 I'm discovering that traveling is not conducive to blogging, as I'm always trying to fit writing posts in along the way.  So hopefully a few more catch-up posts will be coming on what I've been seeing and thinking on this trip.  But first, Rome.  I often find Italian museums incredibly frustrating.  There is amazing art and culture, barely interpreted, and honestly, overseen by, at best, lackluster gallery staff.   I can understand the incredible resources that caring for this nation's cultural heritage must take, but at the same time, I often wish for a bit of imagination and care for the visitor.  But a week or so ago in Rome, I found it at the National Roman Museum, known more familiarly to most as the Palazzo Massimo.  It's just a stone's throw from Termini, the main train station, so easy to reach--and what I found there was an uncrowded museum,  incredible artifacts, and best of all,  a real sense of interpretation that helped me understand what I was seeing (and, even better, with generally very well written English language labels.) 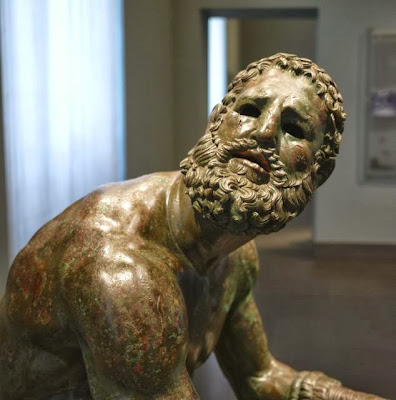 In some of the galleries you got to understand a bit of what it must have been like to uncover these pieces in Rome.  In one gallery, there was not only this incredible bronze,  but an interpretive panel showing it in situ, as it was discovered by archaeologists.

The intent of the new installation of sculptures is clearly stated at the opening.  "The Masterpieces of Ancient Sculpture shine now a new light in a new space which helps to understand their historical and their emotional value."   I love that the goal is not only an understanding of historical value, but of emotional value as well.   And this emotional impact is carried forward by not only a simple but beautiful installation with beautiful reflected lighting,  but by also by the use of quotes from Roman writers and poets such as Euripedes--"When upsoareth the sound of the melody fountain,  of the hallowed ringing of flutes far-flinging." 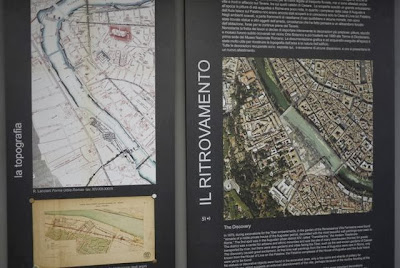 One room dealt with the looting and eventual return of a group of ivory sculptures, including the head at the top of the post.  It made the long process of recovery real through both the objects and interpretive text that explained the complex path from looters to this museum.  Almost everywhere in the museum, the interpretive panels helped you understand that these objects had been uncovered not far from where I was standing by combining historic and contemporary maps. 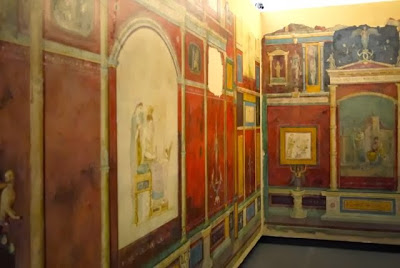 Upstairs,  the fresco fragments from the Villa Farnese had been installed as they had been found, so when you walked through,  you got a sense of not only the frescoes, but the way they were used in rooms and the way each of the rooms related to each other.  Simple but effective.  And finally--a first for me in an Italian museum.  Free wifi! 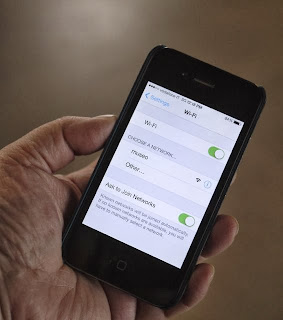 None of these interpretive techniques were ground-breaking.  But the museum displays a deft curatorial hand combined with a sincere interest in visitors, their interests and their knowledge.   I've come to think of Rome as a warm place,  where strangers help you make your way off a crowded tram car and waiters thoughtfully discuss (dare I say curate) your dinner.   But this is the first time I've seen a museum have that same warmth and depth.  It's a reminder that no matter how great your collection,  good interpretation can make it better for all of us. Bravo Palazzo Massimo! 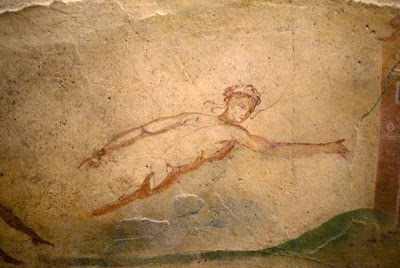 Absolutely agree. Amazing & so overlooked. I can't believe that you see those frescoes as though you were there, in Imperial Rome

Hi. Do you want to make a link exchange? My blog is: http://butterfliesofworld.blogspot.com Contact me on my e-mail: tonymark007@yahoo.com Have a nice day