When Was the Last Time You Were Surprised at a Museum? 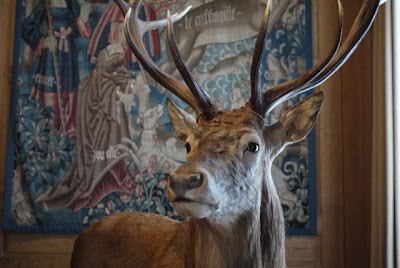 Can you think back to a time that you were surprised--really surprised--by the approach a museum took to its subject?  Not just interested or intrigued, or even shocked?  But surprised by the creativity and ingenuity;  the ability to see things in new ways and turn our ideas about museums on their heads?  I think of the Mikhail Bulgakov Museum in Kyiv, Ukraine as one such place but last week I discovered another one in Paris:  the Museum of Hunting and Nature.  The majority of my previous experiences in Paris museums had been pretty conventional--but several US colleagues and the well-informed docents at Context Travel recommended a visit here and so I set off on a gray afternoon to see what I could see. 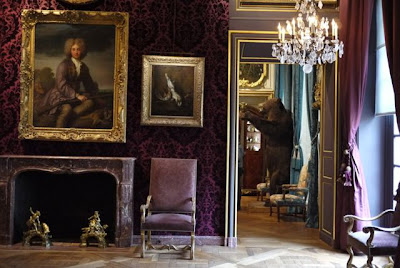 You just read that museum's name and thought, hmm,  guns and dead animals, right? Boring, right, unless you're really interested in guns and/or taxidermy.  Nothing new.  Absolutely wrong.  The museum was founded by François and Jacqueline Sommer,  a wealthy couple interested in both hunting and conservation.  It's located in a majestic 17th century mansion in the Marais.  Their goal was to explore the relationship between humans and nature, through the lens of hunting.   Okay, still sounds pretty conservative in a museum sense, right?  Surprise! The inventive installations in the museum combine contemporary art, taxidermy, the traditions of the cabinet of curiousities, historic objects, and what can only be described of as flights of fancy to create one of the most unusual museum visits I've ever been on. And by the way,  the use of media and new technologies was minimal.  Ideas, not bells and whistles, animate these spaces although the occasional roar can be heard and video unicorn spotted. 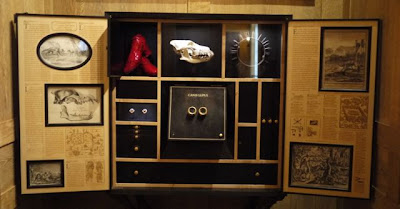 Rooms are organized in different ways--but some are organized by animals:  stags, wolves, dogs, and and bears.  In many rooms there's an exploratory cabinet, beautifully made, in keeping with the traditional furnishings of the room,  filled with skulls, art, and more.  Contemporary artists encourage the visitor to consider--and reconsider--our relationship with animals.  Historic works of art by Ruebens, Brueghel and others and artifacts create surprising juxtapositions. 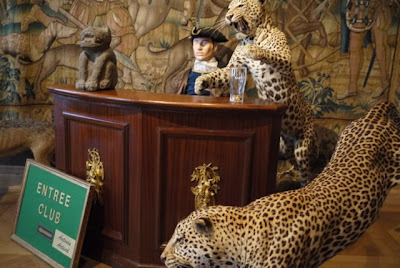 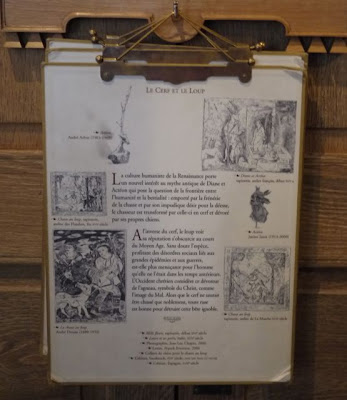 What does it mean when we encounter bar-tending tigers or human legs upon a dining table?   In each room,  clipboard labels (available in English as well) explain humans' changing views of this particular animal.  The museum was busy, but not crowded on the day I was there--and I saw looks of discovery on everyone's faces--and very nice guards who were very willing to interact with French speaking visitors,  pulling open drawers and encouraging conversation. 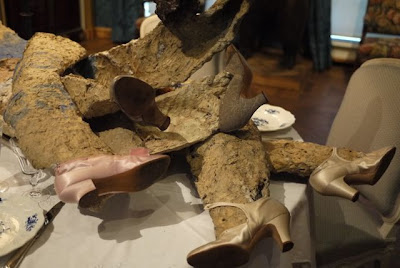 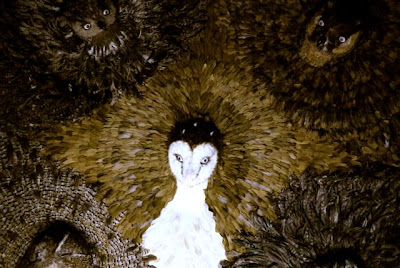 How were the staff inspired to create the magical unicorn room or the small room with the ceiling covered in owl feathers to create owls staring down at you?  They worked with contemporary artists as an integral part of exhibit re-installations, but they also drew inspiration from the founders and the places they lived and loved. A little web research led me to an site where Claude d’Anthenaise, Chief Curator of the museum, described the museum as a place where:


the staged atmosphere [is] tending to give visitors an unusual experience during which they feel like they have entered the home of a mysterious host or the den of a wolf, deer or wild boar, which is due back at any moment. Kept in a state of expectation, spectators remain on their guard, as attentive as they would be if they were in a forest, watching for any sign that may reveal the presence of a wild animal, which most certainly observes them from its hide-out.

What an inventive way to put us, the visitor, on guard, to make us attentive and watchful, contemplating the meaning of our relationships to the natural world.  And how great to be surprised. 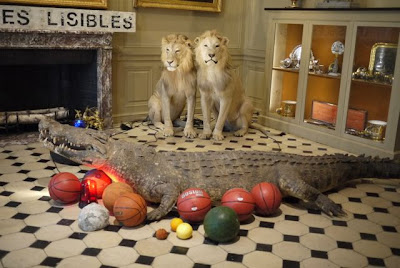 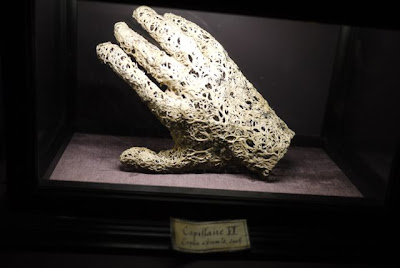 Thank you for sharing. This was incredibly inspiring! What a creative and fresh approach.

We just had James Chung come to visit and he talked a little about the difficulty of surprising people in an age in which every experience is processed and reported on by users online. It's harder to surprise people!

Seeing the remains of beautiful wild animals being displayed in unnatural poses for human enjoyment and amusement inspires me with grief and disgust.

Thanks Michelle--interesting thought from James--so does that mean I ruined the surprise?

Anonymous: thanks for your comment and I appreciate you sharing it. It's a complicated place, for sure, as is anywhere where hunting and conservation are co-mingled together--as in the US, Teddy Roosevelt home or other interpretation about him. I can't speak to whether these were pre-existing specimens, along I suspect they were, and they certainly did make me think more deeply about animals, so in that way, something important to have done.

Thanks for sharing this article. This was incredibly inspiring! What a creative and nice approach.

Thanks for sharing this article