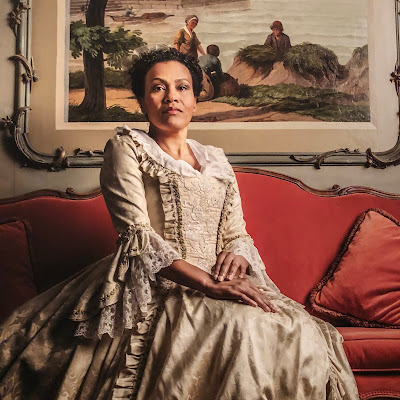 I got to spend a very quick weekend in Amsterdam this fall, and saw two museums rethinking in big ways. The Amsterdam Museum's decision to remove the name "Golden Age" from its description of the Netherlands got lots of press around the world.  Thanks to my friend Annemarie de Wildt, a curator at the museum, I got to attend the opening of Dutch Masters Revisited, an installation within the permanent collection at Hermitage Amsterdam.   The permanent exhibit is a huge hall of group Dutch portraits--and the temporary installation is 17 portraits of prominent Dutch citizens depicting a diverse group of people who, based on historical research, are known to have lived in 17th- and 18th-century Netherlands.   Curator Jörgen Tjon A Fong of Urban Myth brought the group of photographers and citizens together for meticulously created shoots. There was a great deal to appreciate (warning:  many label images ahead!) 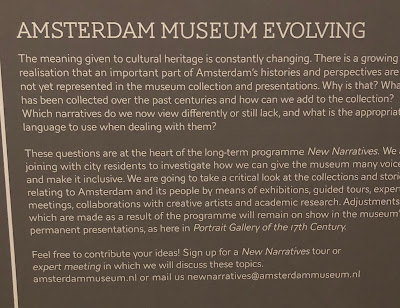 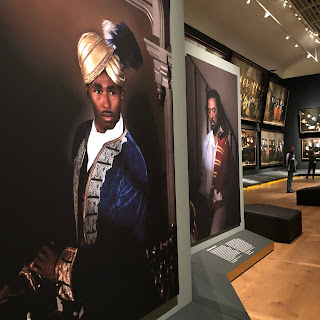 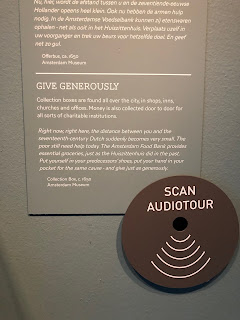 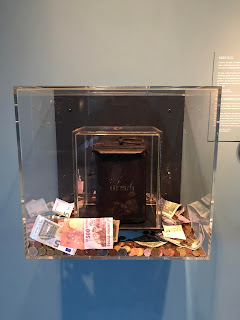 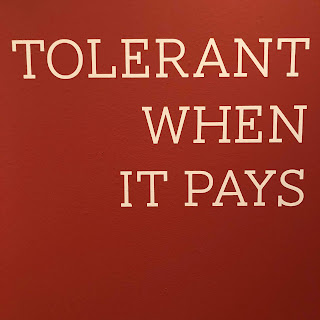 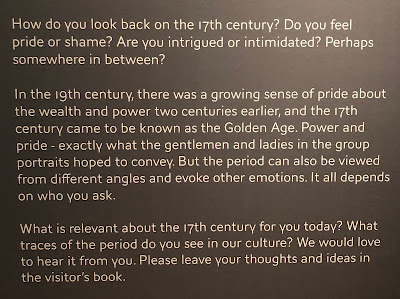 At the opening reception, Margriet Schavemaker, artistic director of the museum, noted publicly that she had recently returned from ICOM in Kyoto, and reaffirmed that although the new museum definition was not approved, it would be the way the Amsterdam Museum is working and will continue to work (for more on that conversation, see this blog post).

Probably five or six years ago I had visited the Tropenmuseum and found it a bit sleepy--a sort of old-fashioned ethnographic museum.  But on this visit, I found it transformed--in approach, in look, in a serious rethinking of their work.  Such a pleasure!  Just a few examples grabbed in a quick visit are below.

Their permanent exhibition, Things that Matter, connected material from around the world with a wide range of contemporary issues--from migration to climate change to the use and misuse of traditional culture by others.  All the issues were framed as questions:


It was fun to dip in and out, and the large scale video installations really worked in the big space. 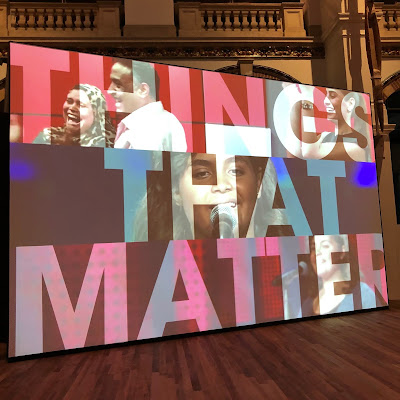 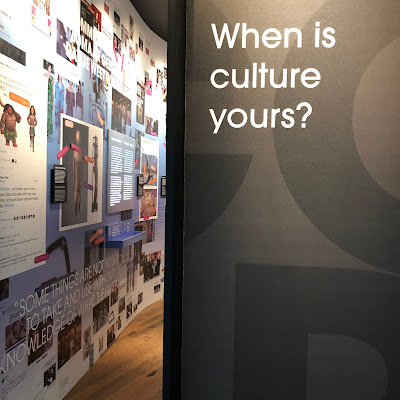 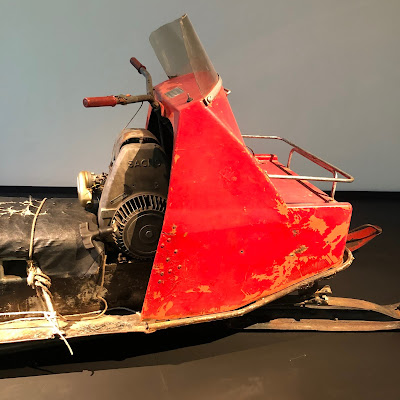 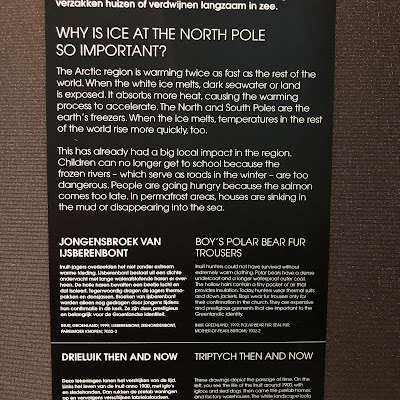 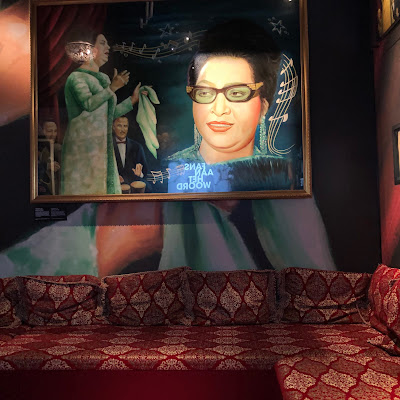 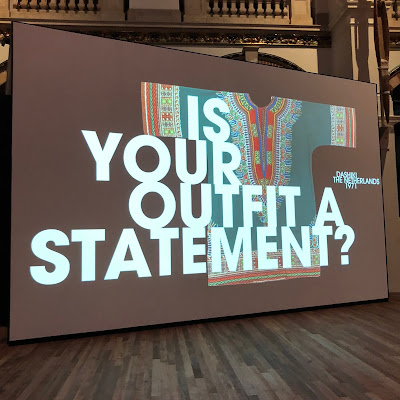 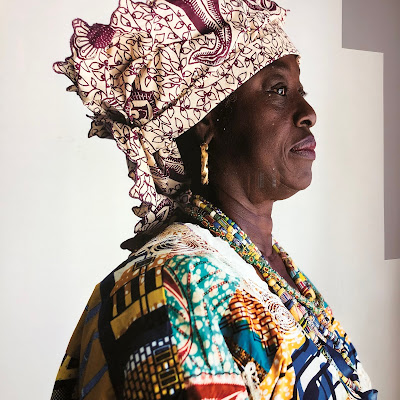 I was particularly interested in the exhibit Afterlives of Slavery, described as "an exhibition with a discussion platform that places the stories of the enslaved and their descendants centre stage."  The exhibit looks at both the history of enslaved peoples, but also, how those histories continue to impact the Netherlands today (see ongoing examples of controversy around Zwarte Piet).   I liked the feel of the exhibit, as if it really was an ongoing discussion. 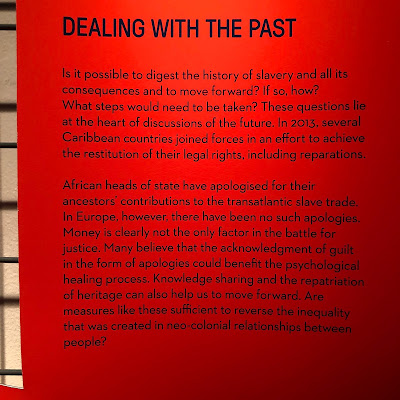 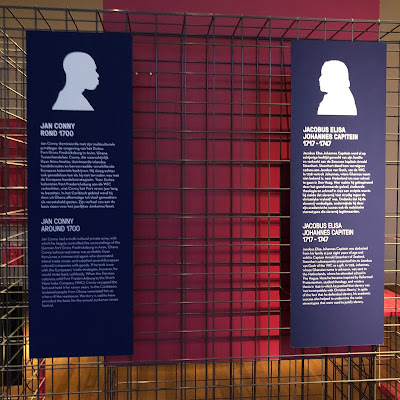 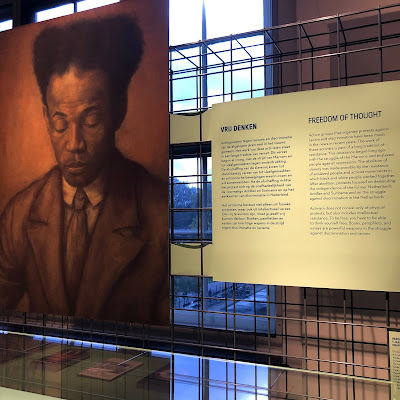 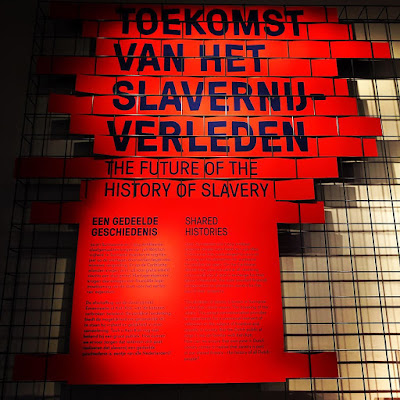 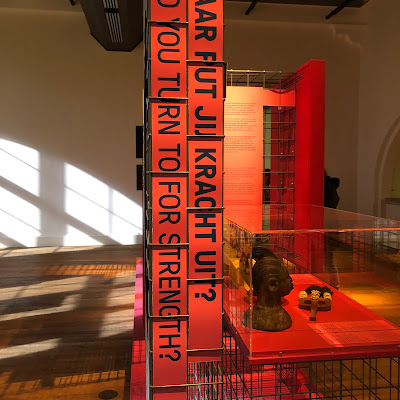 I did wonder though, about the emphasis on the history of enslaved peoples in the Caribbean, as related to the Dutch, and why nothing about the history of the Dutch and slavery in what is now New York State was mentioned.  I'd love to see those connections made.

In both these exhibits, I felt like there must have been many many meetings -- and some prototyping--of questions for visitors.  I loved that these were big questions, without single answers.  They were ones that would encourage conversation among visitors.

At both museums in Amsterdam, I felt a kind of courage paired with necessity:  a sense that it has taken museums far too long to address these issues, and the importance of making change.  Although every museum may not be able to afford beautiful portraits or large-screen videos--it's the thinking that matters here.  And that, of course, comes for free!

What else did I do in Amsterdam in a single weekend?  Why of course, ride a bright red bike with AnneMarie and explore the city!  What could be better than exploring a city with a city museum curator? 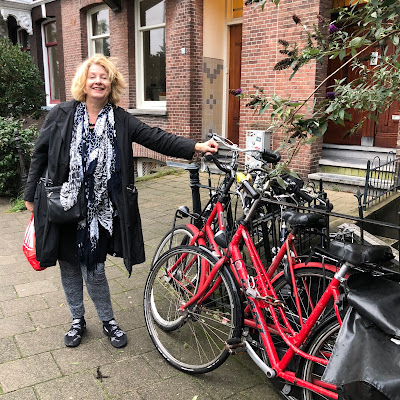