Make Welcome: Lessons from an Island 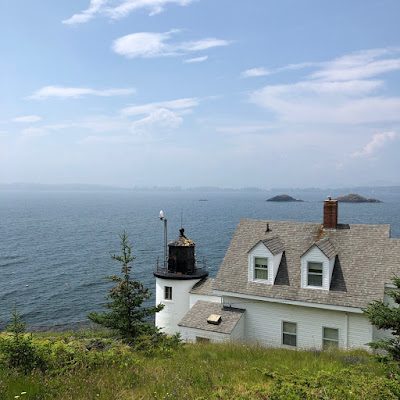 I spent a week in July on Vinalhaven (population 1,165), an island in Maine.  It was at the same time that Vice-President Pence and other Republicans visited the "detention centers" on the US/Mexico border.  The juxtaposition of those two things really made me think about the idea of welcoming.

Vinalhaven is a small island, reachable only by an hour and 15 minute ferry ride.  So imagine the ferry ride a bit like entering a museum:  where do you go, how do you get in, what does it cost, how do I get in line?  The ferry has all that, but there is also a Facebook group called Ferry Favors.  That's where you post things like: Can anyone pick up my computer in town?  Can you give up your position in line for someone who needs it?  There's a sense of the ferry crossing as a collective enterprise that belongs to everyone (and yes, people do complain about the ferry too!).  On the day we came back to the mainland, the first two ferries of the day did not run because they had had to make an emergency medical run the night before.  Milling around the ferry, I heard very little complaining because there seemed to be a sense that the human need took precedence. 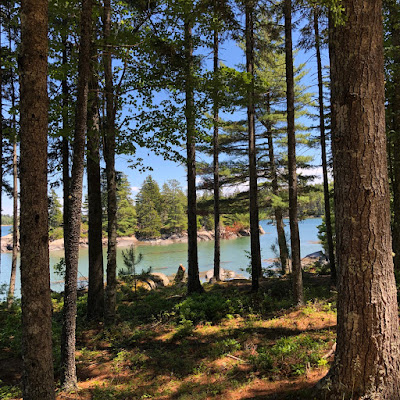 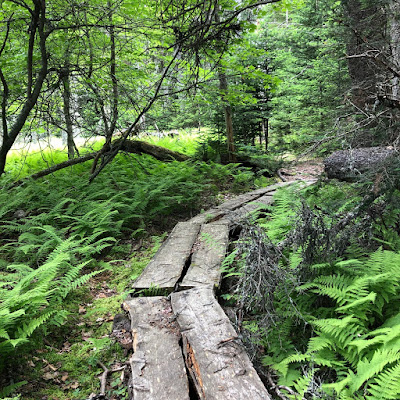 Different parts of the island demonstrate that collective sense of community.  At the library, where there is good wifi a sign asks you not to sit on the steps.  But the same sign suggests that you go around back, where there are benches.  And yes, one morning I sat there doing a call, with a view of the ocean on beautifully painted bench.  There's a Vinalhaven Land Trust who cares for walkable trails all over the island.  There seemed to be a sense here that those in charge, whether at the library or the land trust, generally trusted us to do the right thing.  Think about the museums you've visited where they trusted you.  Not so many.  Our house had a copy of the Town of Vinalhaven's annual report.  For a town of this size, there is an astounding number of committees and the work of so many, mostly volunteers.  Are there lessons we can learn about recruiting volunteers? 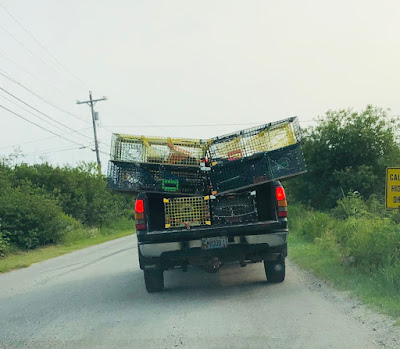 As a visitor, you have responsibilities too.  It's custom to wave, at least lifting one hand off the wheel, when you pass another car on the road.  It has the funny effect of making you feel a part of the community.  When I went for coffee one morning, I learned all about the house we were staying in:  someone's uncle had been the plumber;  someone remembered the older women who ran it as a boarding house.  A shopkeeper talked to me about climate change and its effect on the still-thriving lobstering industry here. It's always our job to learn about a place and the people.  How can museums show that same interest in visitors?  And even more importantly, how can we take action on issues like climate change that affect places we love? 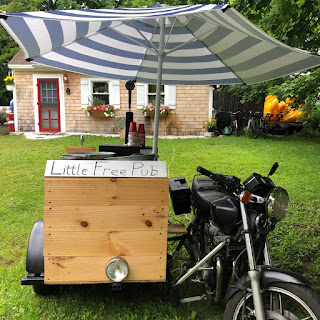 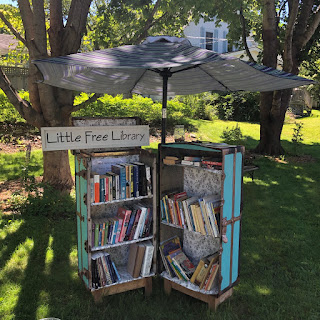 These two, right across from each other!)

I am sure that year-round island residents are sometimes happy to see the summer end, to see the island return to its quieter self.  I know we came with the privilege of race and of class. Despite that, every single person we met that week treated us as people--they were welcoming.  That's a lesson for any museum.  But it's not just a museum lesson. Let's go back to that image on the border and the total lack of compassion or understanding demonstrated by those politicians, standing there in their khakis and blazers, staring at people behind a fence. 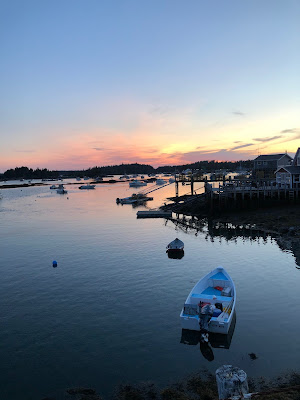 It's a long way from an island in Maine to the US/Mexico border.  I keep returning to a poem by Warshan Shire that I wish everyone could read and embrace.  Here's an excerpt (and here's the full poem):


you have to understand,
that no one puts their children in a boat
unless the water is safer than the land
no one burns their palms
under trains
beneath carriages
no one spends days and nights in the stomach of a truck
feeding on newspaper unless the miles travelled
means something more than journey.
no one crawls under fences
no one wants to be beaten
pitied

Museums do have a role to play here, and a huge cheer of appreciation for the Association of Children's Museums' powerful statement on the treatment of migrant children. We all must do more. 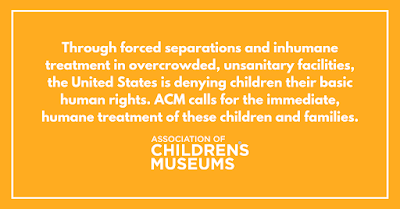 Posted by Linda Norris at 1:25 PM 2 comments: Links to this post