Who Wants a Mentor for the New Year? 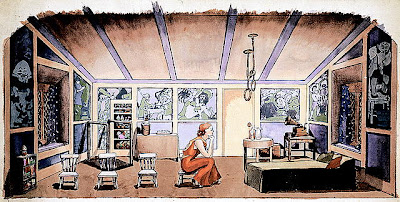 I'm convinced that career paths are a mix of luck and intentionality--and as my friend Christopher reminded me the other day,  it's sometimes hard to sort out the two.  For me 2012 has reflected that same mix: ongoing planning with my great Take 5 colleagues, an intentional partnership initiated by Rainey Tisdale for our new book, and some freelance luck that has led me to both incredible places (Newfoundland and Europe) and some great new colleagues.

But in the spirit of holiday abundance, I wanted to spread a little of that luck and intentionality around to you, dear colleagues.  I've been lucky (or intentional?) enough to have some tremendous mentors over the years, from a board president who taught me the meaning of patience and negotiation;  a board treasurer who showed me how to think about financial statements as narratives;   folklorists who helped me understand the deeper meanings and values of communities;  an entire range of colleagues in Ukraine who made it possible for me to understand that complicated place; my own visual family, Drew and Anna,  who always encourage me to look closer and so many more.

Every career path is unique,  but I do think I've learned some lessons over the years that I could share one-on-one with colleagues.  So here's the deal:  I'll be choosing one person to work with as a mentor in 2013.  We'll set out a plan for the year, meet monthly via Skype,  and explore where you want to go in your career and how you might get there.  I'll make introductions as I can,  recommend resources, and provide a listening ear for those thorny work problems.  This is open to anyone at any stage in their career:  you can be a student, an emerging professional, or a mid-career staffer trying to figure out what's next.  And of course, in this ever-more global world, you can be anywhere in the world.  The only thing I ask in return is that, over the course of 2013,  you write three blog posts for the Uncataloged Museum.

If you think this could be a useful process for you,  here's what you need to do.  By January 4,  send me an email with following: