A Museum for Labor Day: Who Tells the Story? 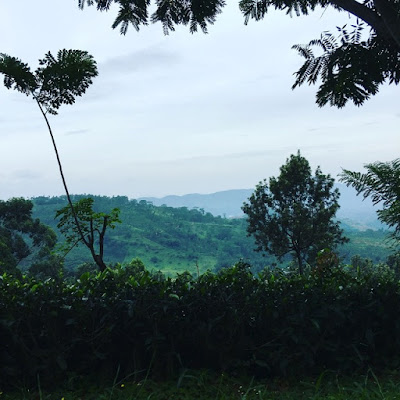 Labor Day weekend here in the United States seems a good time to share my visit to the Plantation Tea Workers Museum outside Kandy, Sri Lanka, from a few weeks ago on the Old Peacock Tea Estate. I was in Sri Lanka for my work at the International Coalition of Sites of Conscience and I had spent much of the preceding week in a hotel conference room, in an intense workshop experience (perhaps recounted in a later post) so I looked forward to hearing up into the green hill country by train.  Up and up we went, and then the next day, up even further to the tea museum, which was founded by the Institute for Social Development, a Coalition member and an organization dedicated to improving both work and social conditions for tea workers and Hill Country Tamils. As I thought about this museum and its founding, I thought about the other industry-specific museums I know--the vast majority of the ones we know well are corporate ones, telling a story from a specific point of view.  Their founding (and their funding) reflects the point of view of owners, rather than workers.  As I pondered this, I realized I should give a long overdue shout out to Patricia West, whose book Domesticating History: The Political Origins of America's House, published in almost twenty years ago, was really the first work that encouraged me to understand historic houses and museums in a more political context. 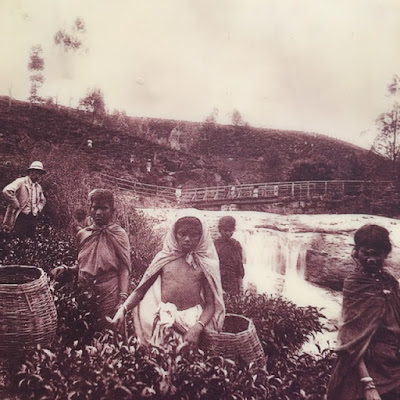 This museum has a clear mission, tied to the Institute's mission. The institute focuses on:


"rights issues of hill country Tamil people in plantation sector for last 25 years.  We enlighten them to claim their basic and fundamental rights by advocating the civil society organizations and politicians of the community while lobbying the policy makers of the country. Although the hill country Tamils were not directly involved in 30 years protracted ethnic conflict, it impacted on plantation community and made them most vulnerable and excluded from the mainstream development interventions."

It's a small museum but the labels were in multiple languages, including English, and my visit (including the trip all the way up) was greatly enhanced by R. Nanthakumar, Programme Manager at ISD, who grew up in a line house on a tea plantation and shared a bit of his own history, updates on the current efforts to ensure full civil rights for this community, and the history of the larger community. 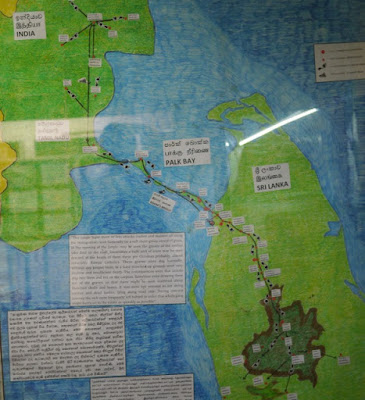 This was a museum where the story, except for the end product of the work, a cup of tea, was entirely new to me.  I didn't know how tea was harvested, I didn't know how the workers had come from India, recruited by the British, to work on the plantations, I didn't know they were essentially stateless for decades and decades. I didn't know about labor organizing, or about activists, including poets, for full civil rights for Hill Country Tamils. I was your average visitor who knew nothing. 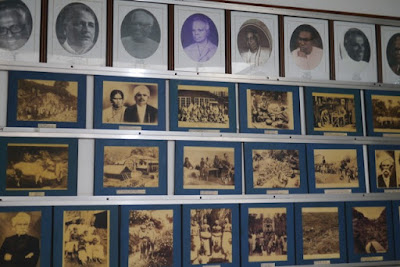 But I learned alot! How often do workers really get to tell their story?  Sometimes local, city or regional museums take on telling workers' stories, and I've worked on a few of these projects as well--they're often a bit of a balancing act.  A bit of googling led me to some other workers' museums that I'm now curious about:

Do you tell stories of workers at your museum?  How do you think about workers' rights? As the museum field slowly becomes more attentive to workers' rights in museums (see #Museumworkersspeak and the recent protests by interpreters at Plimouth Plantation), how much do we think about how we can encourage a broader campaign for workers' rights? 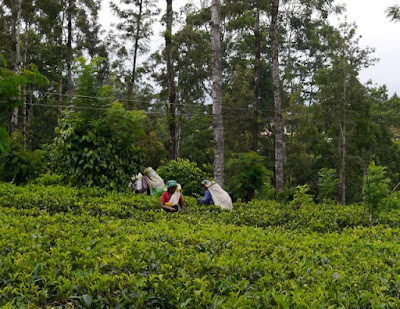 The Plantation Tea Workers Museum is not just about the past.  It's very much connected to present-day struggles for human rights and as part of ISD, in an action-oriented manner.  It's a small museum a long way away from anywhere but it changed my own perspective.  My next cups of tea will be accompanied by some thinking about the people who made that cup possible and their struggle for human rights.  And of course, in the same way the Coalition's members do every day,  I'll try to turn memory into action. 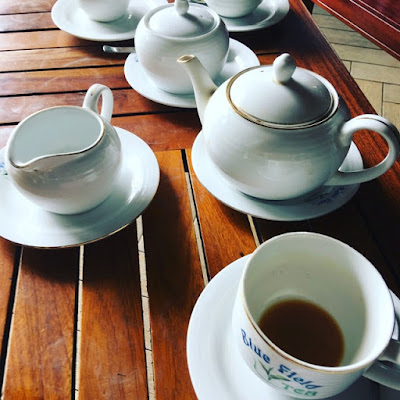 Linda, your post about the tea workers' museum really got me thinking about how hard it is to get stories from the workers' point of view unless you get them while they're still working! We've been putting together an exhibit about a local machine shop (Porter McLeod) that existed in our small town for about 90 years. It closed in the early 1970s, but so far, we've only managed to find children of workers who remember one or two small anecdotes. A large collection of early business records was donated, but only 2 payroll books were in the nearly 30 boxes of documents. The best workers' item we found was a 1902 letter to management asking for 10 hours pay for 9 hours work, signed by 26 workers – a little more than half the workforce at the time. Most of the employees were working 10-hour days then. Though it did not appear that the workers' request was granted, it also looked like like no workers were let go as a result of signing the letter. But wouldn't it be great to have some personal letters or workers' meeting minutes describing what brought them to that point, and whether work hours were any better elsewhere in the region? You remind me we need to be more proactive and go after workers stories -- if not while they're still working, then at least when they're still young enough to remember.